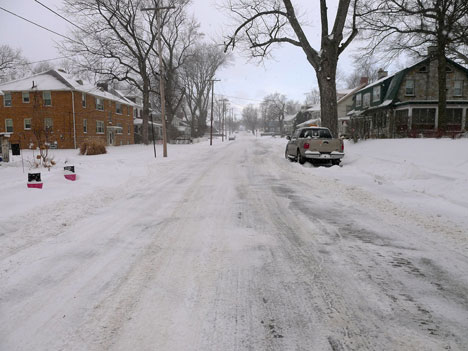 it finally stopped—today is the first day since last thursday that we haven’t had any snowfall. of course, it’s probably too cold to snow now, haha. but this past weekend? it was a shovel-fest. poor david.

sigh; i was supposed to be on a plane to san diego right now but for some mysterious reason, my flight was cancelled. it must be due to snow and bad weather somewhere else because here, it couldn’t be a more beautiful day. cold yeah, but not the craziest cold i’ve ever seen and not like in some places (although i just checked and it’s colder here than in maine, new hampshire, northern new york, montreal, toronto, and alaska (where it’s 33 degrees and raining; how crazy is that??).
that’s pretty cold, and not like our usual at all.

fortunately we have heat and knitting. 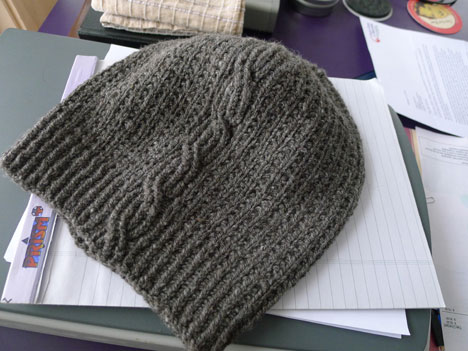 i washed my new waffle creams hat, which i knit in stone soup DK and it turned out a treat—so soft and cuddly and it fits perfectly, too. just in time to put it through its paces; i love the slate shade, which is the darkest color we have so far. since i’m home today after all, i will wear it out this evening when i go to yoga class; i’m going to try to get the pattern written up, too.

here are a few shots of it on my head; i don’t carry it off as well as sarah would, but i’m still keeping it, haha. she can knit one of her own (ok, that’s NOT gonna happen, but maybe her mom will do it). 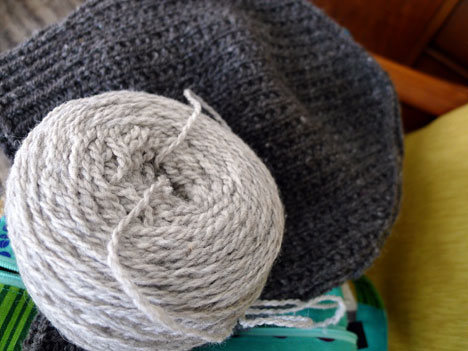 while i’m on the road, i’m going to knit a second one in the marble shade to test the pattern in an alternate size; we had this partial skein all wound up in our leftovers bag and having a second hat for the gifting box will be one step along the path to next christmas, right? i think there is even enough in that ball to knit david’s size—the hat is surprisingly light and takes less yarn than i thought, about 150 yards for my size.

i guess my out-of-proportion excitement over a dumb hat tells you something about the kind of winter we’re having around here. 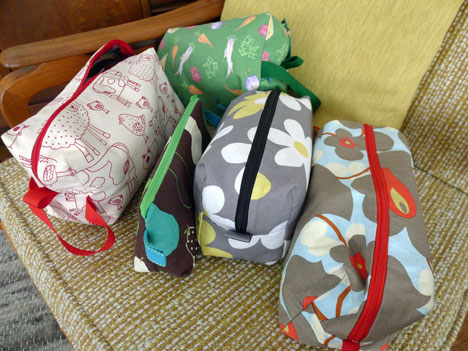 but soon, soon, i will be in another mindset entirely. since i was supposed to take off this morning, i am completely packed, even my knitting.  i have lots of secret knitting to do, but some public projects as well. in fact, traveling to a kim’s is a good reason to resurrect some projects that have been languishing. 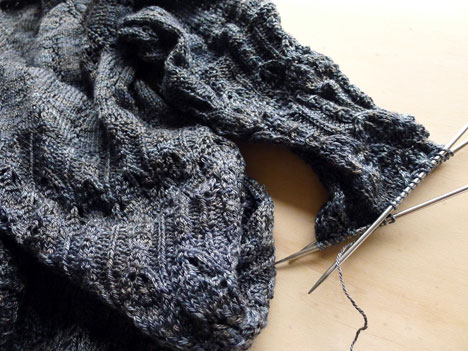 like my arts & anne sweater in sea pearl—i am almost ashamed that i haven’t finished it up. you are probably sick and tired of my promises that i AM finishing it. it’s not as if i’ve been spending the time instead eating bon-bins and watching telly, but i actually do WANT this sweater to wear, so i’m going to try like crazy to it done on this trip. 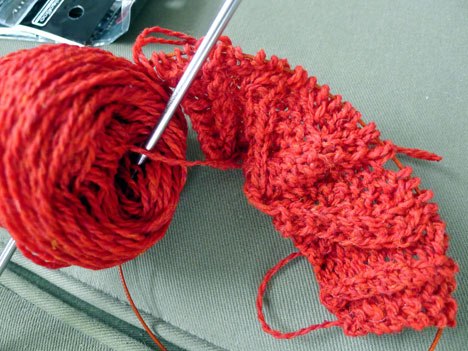 time to get that puppy out of bed and running around the yard, you know? it would be a really fun limited edition kit. the yarn is a bit of an adventure; this mill doesn’t do skein washing, so the yarn undergoes quite a transformation when it’s washed. i like it unwashed for knitting because it’s smoother and easier to cable with. but then later, i love how it puffs and become airy-light; perfect for a warm layer around my neck (and yes, there will likely be a matching cowl or infinity version). 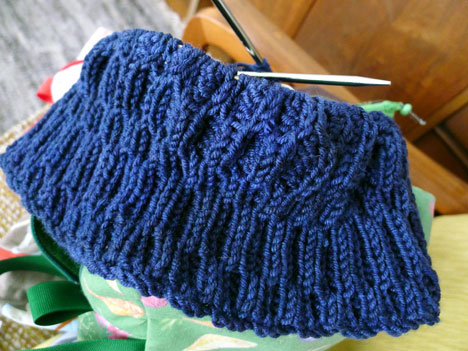 i’m also bringing along my op-art cowl, which i’m knitting up in worsted weight spirit trail verdande. it’s coming along just as i imagined; i can’t wait to get it off the needles to show you. this is the wild blueberry colorway; it’s actually darker in person with just highlights of that bright blue, which are so pretty against the deeper midnight color.

i have the same color in both sunna and bite as well, but on this trip, i’m going to bring the vavavoom color to cast on a pair of armwarmers. 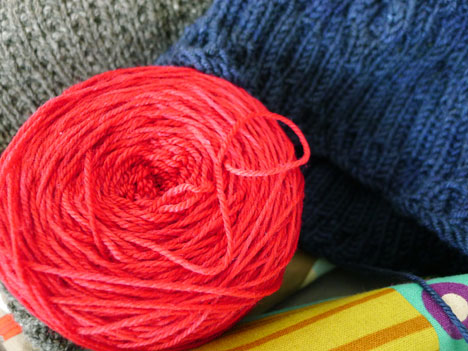 it’s always nice to have at least one project going in a bright color for knitting at night or when the light is low. i should actually cast these on before i head out tomorrow so if i want to knit them on the plane, i can.

i am SO excited to see kim and to feel the sun. i wanted david to come along but he begged off this time; he probably wants us to have some girl time. alright then, the next time i see you will be on the other side; stay warm!