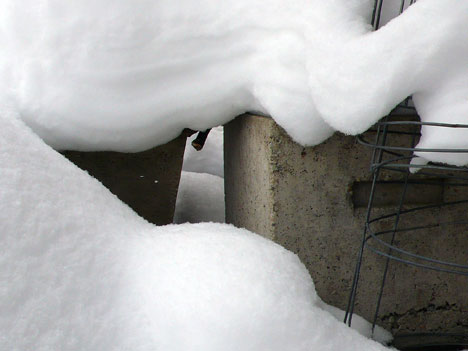 we are running out of places to put the snow, hehehe.
i think this current storm is coming to a close, but i dunno—the sky is still awfully gray. the sun came out for a couple of seconds during the morning, but quickly beat it when it saw how much snow it had to melt.

our snowbanks are almost at their limit—they’re getting so peaked at the top that they won’t hold dry snow any more. if we get enough wet snow, i might be able to build them up and mold them to a shape that will get us through another storm.

it’s always hard to know (or even remember that this is important) during that first big snow what shape you should make your base—it can all go terribly wrong down the road, when in february, you are sneaking snow across the street in the middle of the night, just for someplace to put it.

those of you who are city dwellers know exactly what i’m talking about. 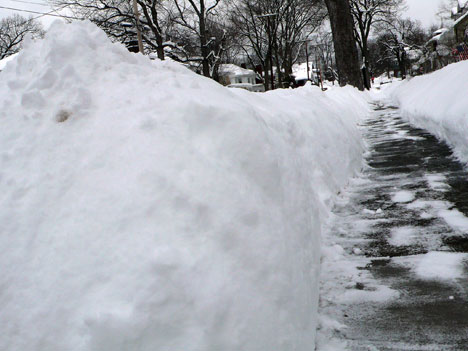 david is up on the roof again, trying to get as much snow as possible into the yard, instead of on top of us—no sense in tempting fate . . . especially when one is a neighborhood snow sinner. 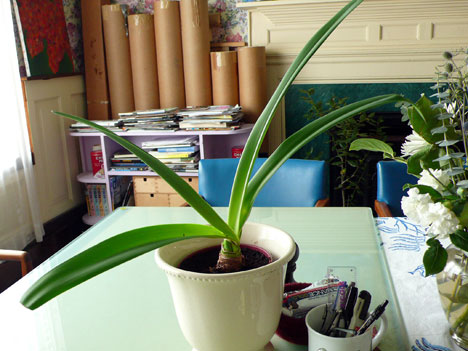 the amaryllis is waving its arms about and growing a little bigger every day. david is concerned that we won’t be home to water it, but at the rate it’s using water (not very quickly) i think it will be ok on its own.

i was anxious to get that shoveling out of the way because today i got up early and finished another secret project, which soaked in the kitchen sink while i worked

yep, another one off the needles and blocking as we speak (sorry, i can’t show it to you now, but you may see it some day). and some early-morning knitting to boot—i can’t even remember the last time i did that at home; it was positively lovely.

i am SO happy to have this one done—i loved working on it, but i love even more that it will be winging its way to its recipient when i leave for the east coast. it’s always good to leave home knowing that i don’t have loose ends.

that done, i set about planning my travel knitting to get ready to write this post. we’ll be gone for 11 days total. i still have five socks on the needles but three of them are in almost the same place 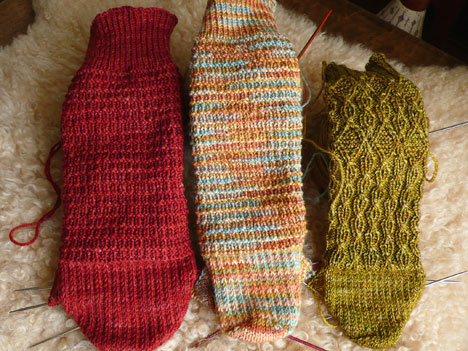 i’m just past the heel on all three and i think i can even finish one of the longjohn socks before we leave, yay (which means i might have a pattern to release on friday—maybe)

i have two other secret socks that are almost to the heel.

what i don’t have is david’s hat on the go yet. i cast on for it in the restaurant during the opening ceremonies of the olympics, but i pulled it out the other day—i can’t remember what i was doing, actually, haha. 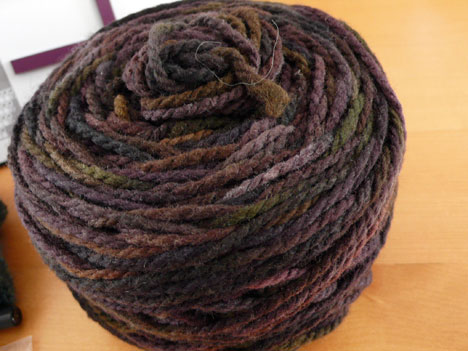 so i wound the cast-on yarn back up and am thinking i could maybe sit down this evening after our spinning class and start it again. once it’s on the needles and i know all the tools i’ll need for it, i can pack it up and put it aside to pick up later on the road.

i have a feeling that this is one of those projects that just flies along once i get it going—the start is the biggest challenge. 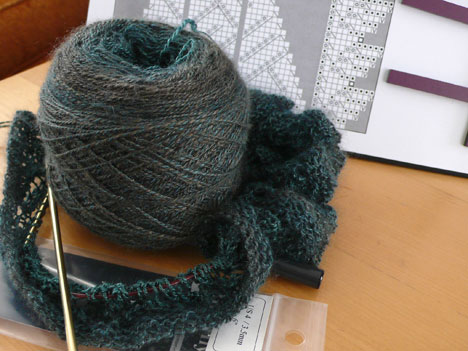 the second pine and ivy shawl in my handspun silk/cashmere is definitely going with me on this trip—i’ve been saving it as a treat for getting secret projects done and now is the time. i won’t touch it til after i leave home (i have too much packing and sock knitting to do), but i’m looking forward to spending time on it during the trip.

i might have a chance to play with a new design project while i’m away, so i’ll bring some supplies for that eventuality. nothing big, but certainly not any socks (i need a little break from socks, once these current pairs are finished).

you never know—we could be detained by a blizzard and unable to come home. hmmm, maybe i should pack one more small project . . .

on the other hand, the olympics don’t end til the day we head home, so i just might end up spending my whole trip on olympic knitting (let’s hope not). i purposely did not pick a stressful olympic goal for that reason. even though we are supposed to pick something that is at least a little stressful—in a good way—i didn’t. sue me.

i think that’s all i have for today—i have to try to get a little pattern work done before the spinners arrive. i’m looking forward to class tonight; i feel like it’s been ages since i did any spinning (and it’s just been a week!).

i hope i’ll have time to blog tomorrow before i go, but i gotta tell ya, my calendar is packed with last minute errands, so you might not see me again til later in the weekend. 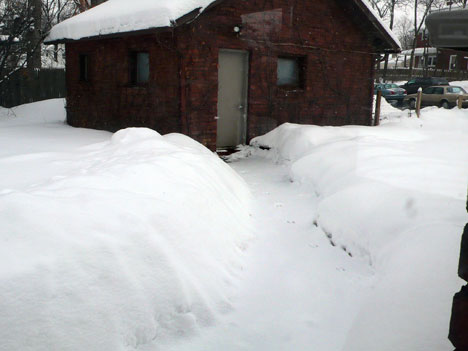 32 thoughts on “piling it higher and deeper”