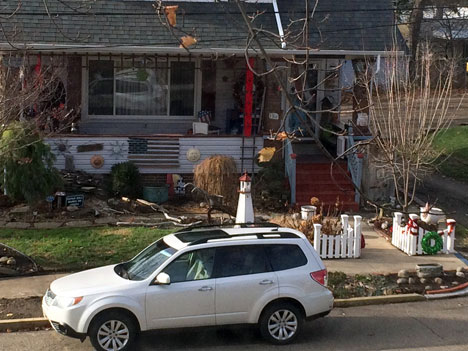 i’ve been spying on my neighbor bret for weeks, ever since i noticed that we were a good ten days into december and not much was happening over on his porch or lawn. a couple tinselly wreaths, a bit of red ribbon, and well, that was about it. he’s usually out there the very day after thanksgiving to start the holiday express—what was up with this??

of course, it was awfully cold and windy those weeks and none of us on the corner of harvard avenue are getting any younger. 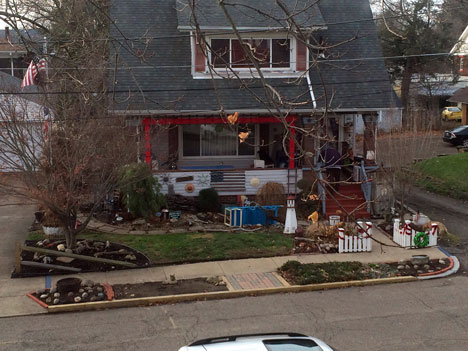 but just as i thought all that, things started picking up momentum. 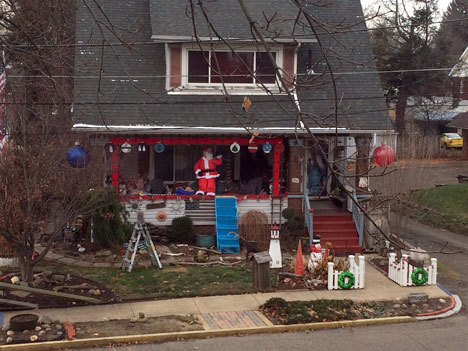 in just a few days we had more ribbons, baubles, and .  . . SANTA! now we were making progress.

the other night while we ate dinner (rather late as we do), connie followed bret in circles all around the japanese maple  with armfuls of lights and abby the dog at her heels, as he placed them higher and higher in the tree with a long pole. it was such a beautiful family moment to watch. 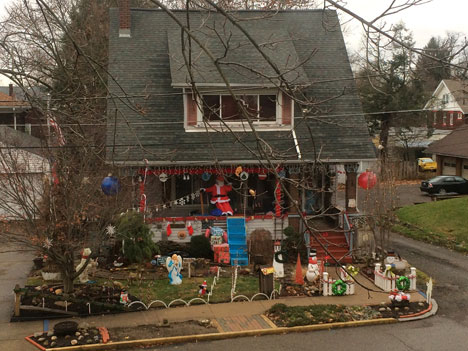 even last night bret was still putting the final touches on his display. david took photos a couple of nights ago actually, so not everything got into them, but this one shows the final daytime tableau.

but all discussion of how the house looks in daytime is kind of meaningless—the real impact comes after dark when he finally throws the switch on it all to light up the night. 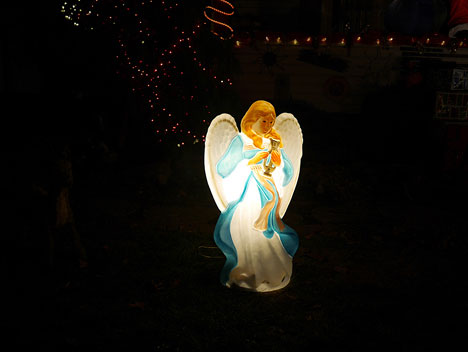 i love how david captured this sweet angel, which is a fairly anomalous component among the hoards of snowmen, elves, and reindeer 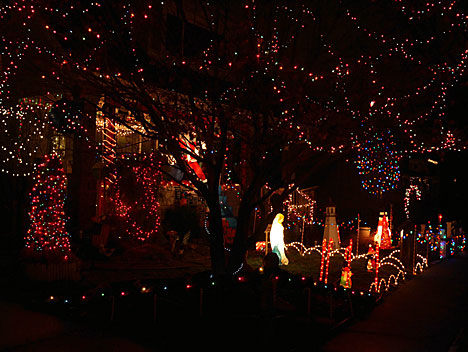 cavorting about the lawn under an ocean of starry lights. 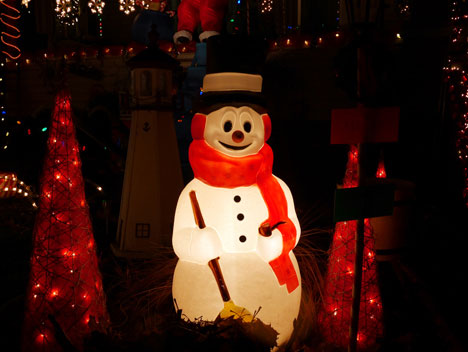 here, a snowman is sweeps his domicile inside a grove of pine trees 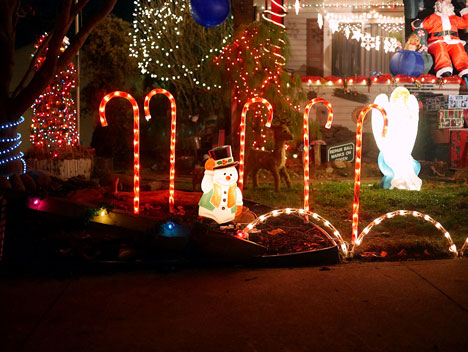 here, another little snow guy waves at passersby from amid a candy cane forest. 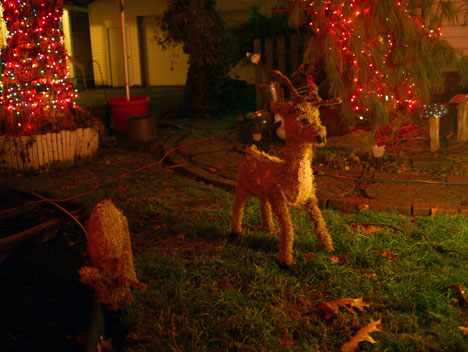 and what a scene it is! 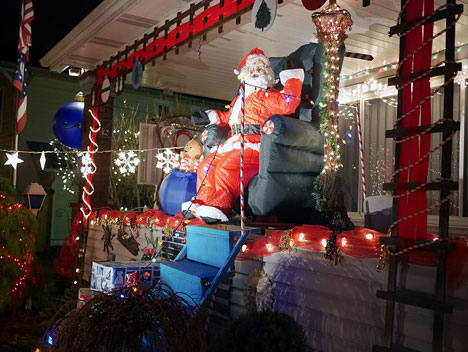 naturally, the center of attraction is santa, sitting upon his throne at the north pole, surveying his kingdom. 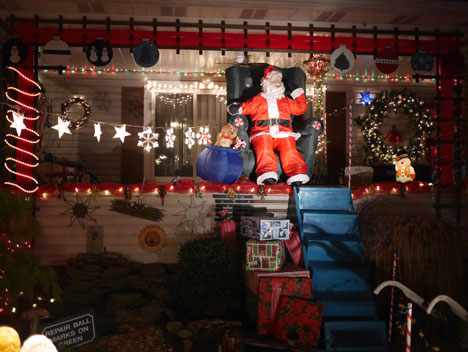 being straight across the street, we get the full on view from any one of our front windows 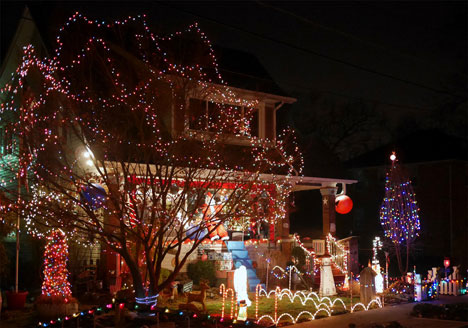 and like i said; WHAT a view it is!
(is it just me or are these the most lights we’ve ever had?) 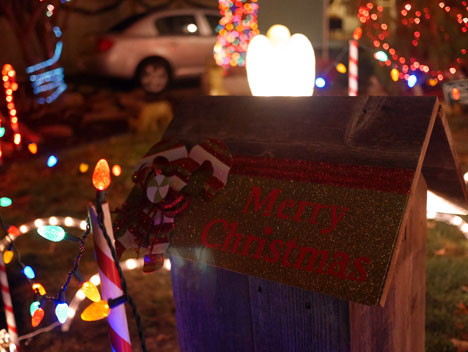 merry christmas eve everyone!
be sure to to stop back tomorrow for a holiday treat . . .

12 thoughts on “a little night glo”