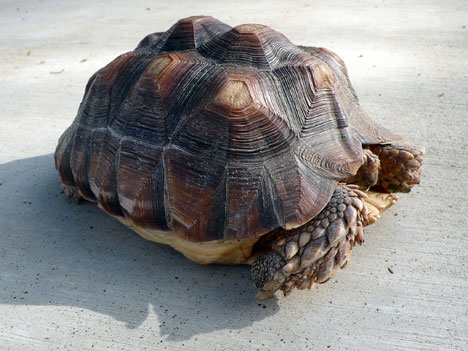 though today is MUCH better than yesterday 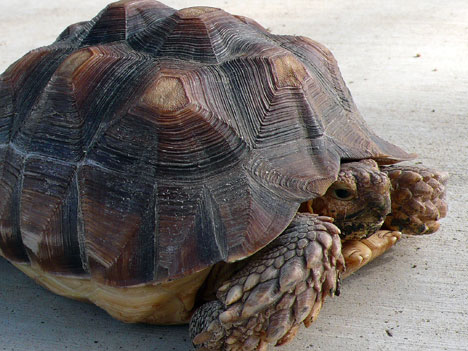 beckie and i agreed that the first day back was like being under water . . . 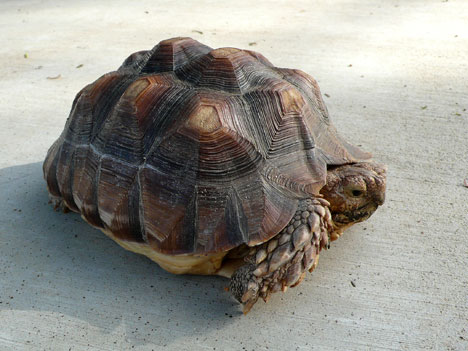 spinning class was a bit of a blur, though i know we laughed plenty 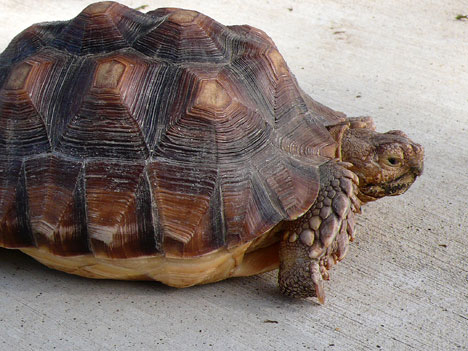 a ride to the nursery to buy garden plants helped 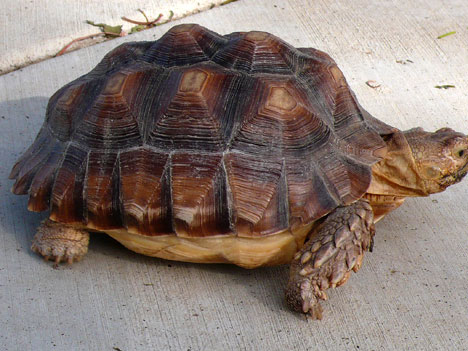 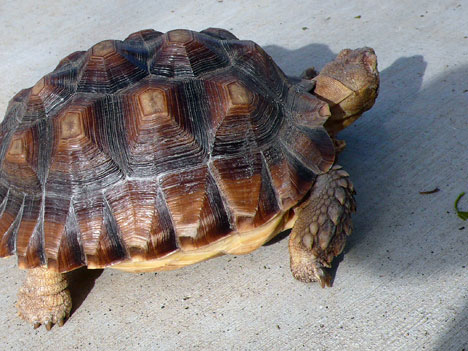 i kept catching myself gazing intently at nothing 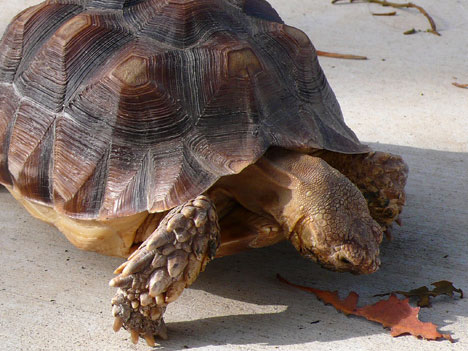 and it was a huge stretch to get motivated even for that. 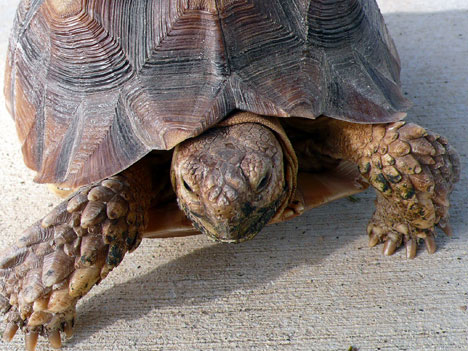 afterward, all i could manage was a long nap. 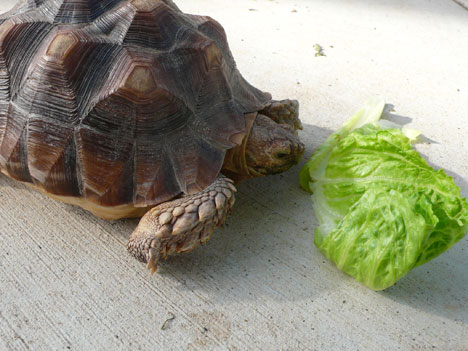 you’d think a little dinner would perk me up, but i hardly tasted it 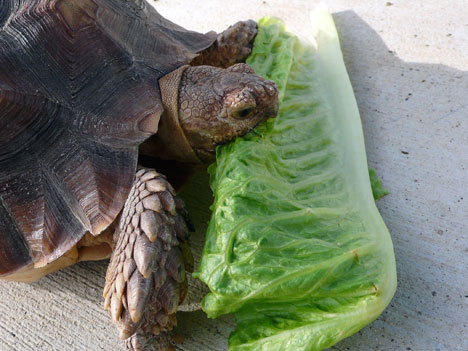 and i wasn’t much of a conversationalist either 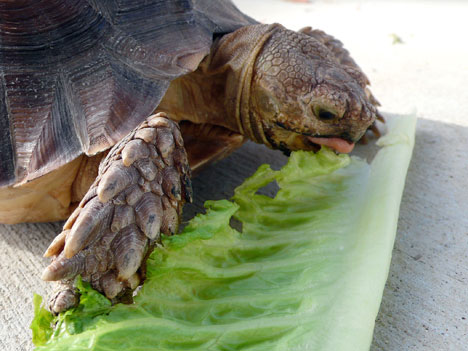 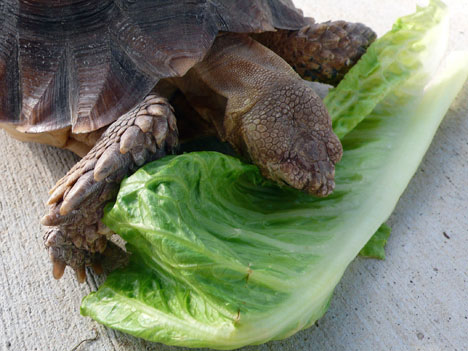 i do feel a little more alive today; enough to get through email, take pictures, and talk about knitting at least. thank you for all the nice compliments about my new shoes—i wasn’t expecting such a reaction. 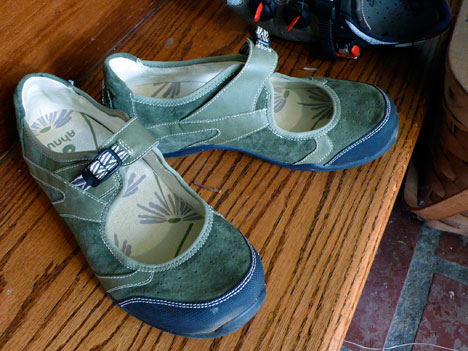 while not a fan of maryjanes and never able to wear these rubbery outdoor shoes comfortably (most run way too wide), i found a pair i liked while shopping in la jolla last week. they are ahnu brand and i don’t know that name of the store we were in, sorry.

the most important thing is—they are green.

today i assembled all my knitting projects for photos and realized that despite all the running around we did, i made a LOT of progress on them while i was in san diego. it’s a great feeling to end a vacation with. 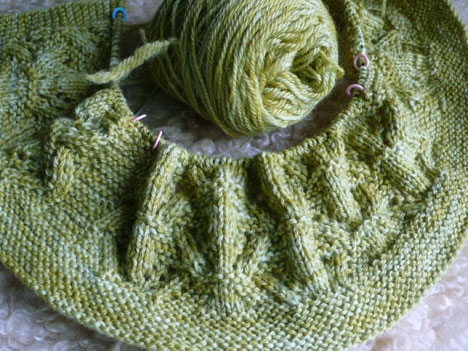 let’s start with the baby sweater . . .
i have two sleeves finished and started the body. i had it further along actually, but ripped it back last night to make the garter panels at the side seams a little narrower; i didn’t like them as much before (and it’s not that much to go back and fix). 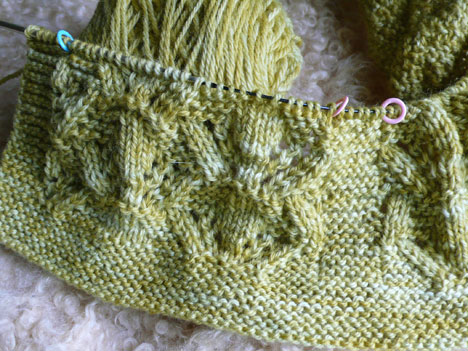 the knitting notions classic merino sport is knitting up as beautifully in this project as it did for the blanket and i just love this pear colorway. 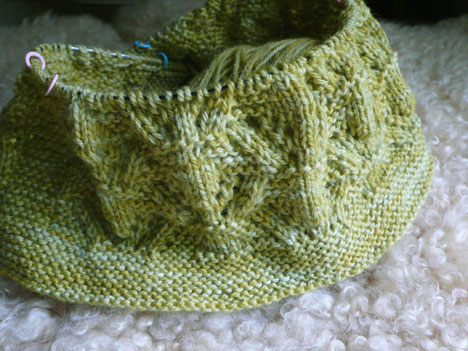 it’s not the greatest day for taking photos (rainy and dark), but it’s a lively spring green with dashes of blueish green and yellow green in it; a nice, complex semi-solid that is soft as butter.

i need to start thinking about buttons for the front . . . not sure what i want. we visited as cute as a button in point loma last week, but didn’t see anything there that seemed right.

we did, however, get completely sidetracked in the vintage-and-discontinued button section, where we found boxes of items that are not on the website; you have to visit the studio to see them (by appt; please call ahead). obviously, i’m a sucker for natural buttons in horn, antler, and shell—i’m always in need of smaller sizes, too, so these were perfect.

but i still need something for the little sweater . . . 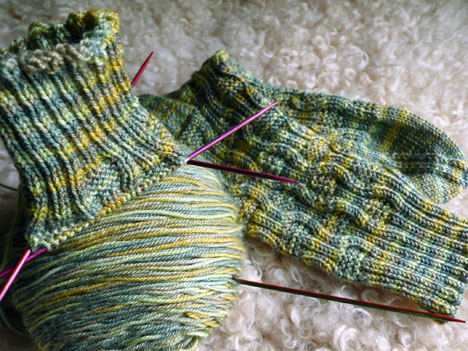 here’s a sock project i’ve been keeping to myself for a while and i don’t really know why—roger socks in lorna’s laces yarn; a new colorway called catalpa, designed by amanda. i fell in love the instant i saw it—i find yellow/gray mixes extremely attractive (and when they also have a little green added, well . . .). when beth asked if she could send a skein of something, i didn’t even hesitate to pick this color. 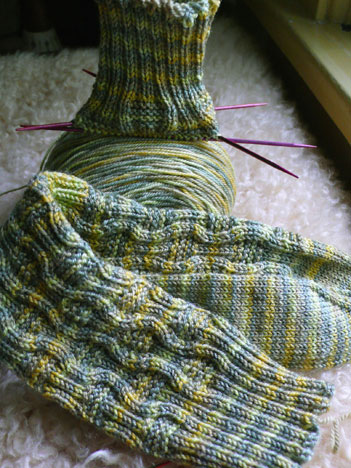 i love lorna’s laces sock yarns; they wear like iron. david has a couple of pairs that are old, but still look new and are without any thin spots. that’s saying something, let me tell you. so i thought it was time i had my own pair. i don’t have any rogers, so i decided to cast on for those. that was in january, heh. i took them along on my trip and finished the first one, then cast on right away for the second one. love them; they are wonderful traveling companions. i’ll probably finish them up on my next trip. 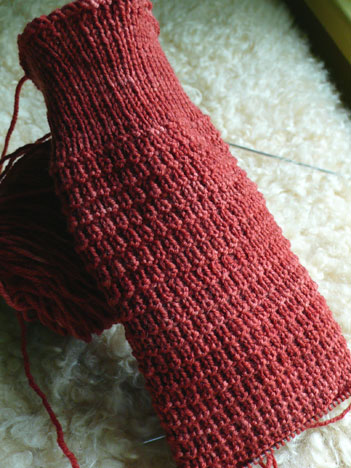 i made some project on the longjohn socks in shalimar zoe, too—this one is going a little more slowly, maybe because it’s bigger and the fabric is more tightly knit. i think i’m over the hump on it now—i was able to get to the heel and that is usually the turning point for me (no pun intended), where my speed picks up in anticipation of reaching the end. the cayenne colorway gets more attractive as the sock gets bigger, too—at least all the flight attendants think so . . .

it was fun that all three of us were knitting longjohns last week. ok, maybe it’s dorky to take such pleasure in that, but i do; it makes me smile to myself every time i think about the three of us knitting the same socks together. 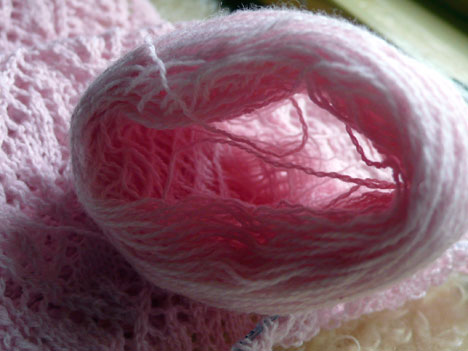 see that?? it’s the light at the end of the tunnel. my cherry blossom cashmere lace yarn is getting low—that means my camapnula scarf must be getting close to done.

i’ve finished almost 25 repeats, which was the number i estimated i’d need to make a 32-inch length, unblocked. it looks like i’ll be on target to get that length, but i might go a little longer. the scarf will grow about 30 percent in blocking, and i like these little ones to be around 42-45 inches. but i may add a couple repeats to make sure i end up closer to 45 inches. 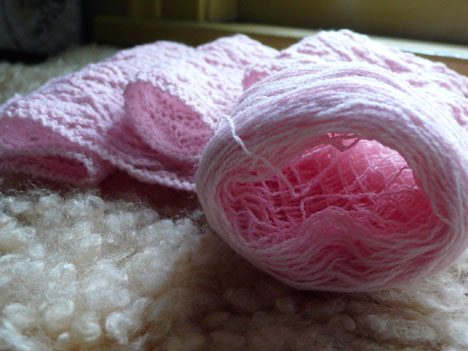 at any rate, i’m almost there. the pattern is written and proofed and waiting for a finished photo. once we have that, it will be all set for release. i’m hoping to finish today in class and maybe block it tomorrow.

craig has received his shipment of lace cashmere in the heathered colorways he’s been talking about and they are just lovely. my favorite is that root beer colorway on the left—a natural brown/gray mix. also pictured are magenta, blue iris, and charcoal (in the sport/DK weight).

later in the summer, i’d like to use the brown mix to design a new shawl—i don’t think i’ve done a pattern with a natural colorway yet (and i love them so!)

speaking of yarn, i actually received several new samples just before i went away and prepared a little yarn parade for today. 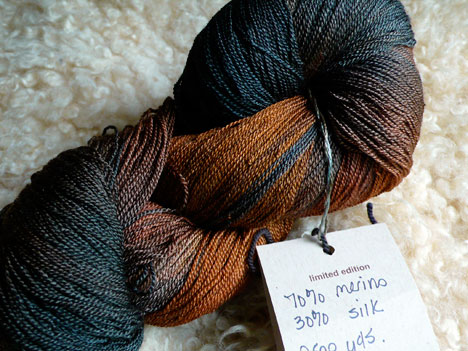 from chris at briar rose fibers, a stunning new merino/silk blend, with a twist that promises nice stitch definition and high gleam. this unusual copper-and-deep forest colorway is really intriguing, too. you will find this yarn in her booth at regional wool shows; it won’t be on her site yet (but with the right encouragement, it might eventually, hehe). 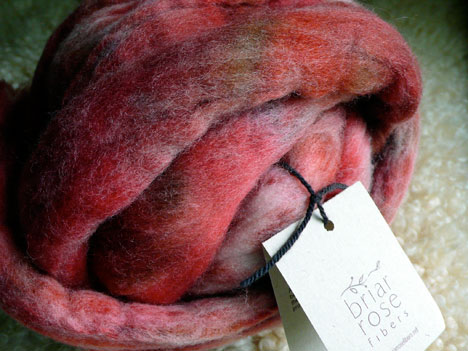 and then there is her new polwarth spinning fiber, which IS available on her site. something to spin on my new wheel, once i finish the cream romney i’m spinning on my schacht wheel. 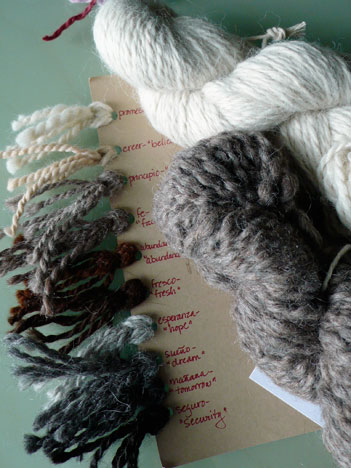 one last beautiful yarn i have to show you is a handspun alpaca from bolivia, imported and sold by hope fibers in four natural shades and two yarn weights (worsted and bulky). traci is experimenting with bringing in some naturally-dyed colorways as well—you can see more and order a color card from her etsy shop.

well, i have a class coming in just a few hours and i think before they get here, i should engage in some strenuous exercise to get my blood circulating (i don’t think more knitting or another nap is what i need right now, haha; i might get stuck). 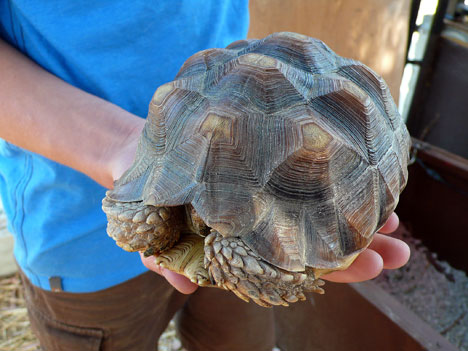