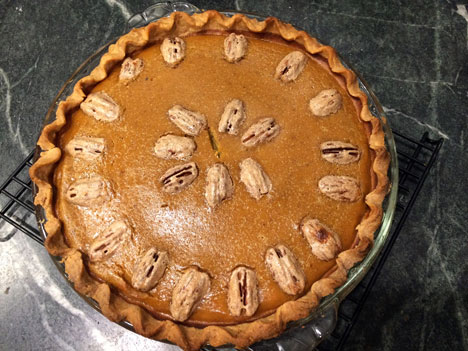 we are away for holiday—we left canton on tuesday for albany and my mom’s house (lots of driving and more to come!). 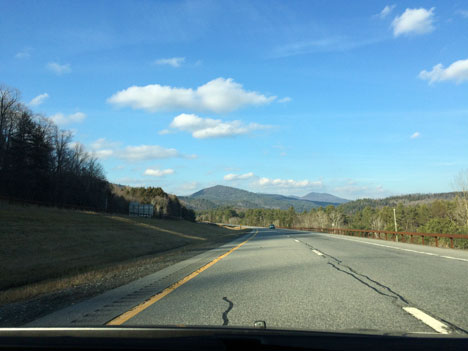 just a quick overnight though; the three of us  traveled to vermont yesterday to spend the holiday with my cousin’s family, who have a house on grand isle in the middle of lake champlain.

we got to take a ferry to island at the end of a long (but very beautiful) drive up the northway. we got to the house just as it was getting dark; i can’t WAIT to get out for a run and explore; i’ve never been here before.

the last few days before we left home were crazy busy getting ready—between work and holiday prep, there was more than enough to fill a few 24-hour days, haha. you know me, i always overcommit and it sorta backs up on me whenever it’s time to leave town. 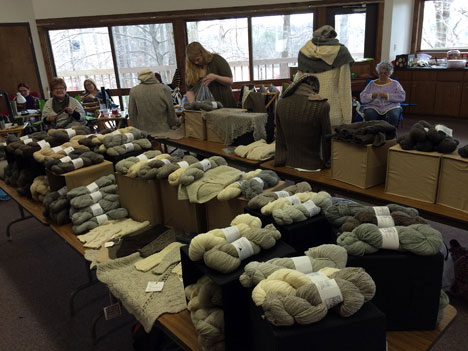 on saturday erica and i took our little boutique on the road to a local knitting retreat, where about thirty people were gathered to knit and visit for a whole weekend (sounds great, right??). i don’t even think this group has a name; they just like to knit together.

we were so happy to be included in the saturday events—everyone was just so nice to us and treated us so well (thank you again, knitters!). no classes or anything, just lots of fun food, fun people, and well, fun. 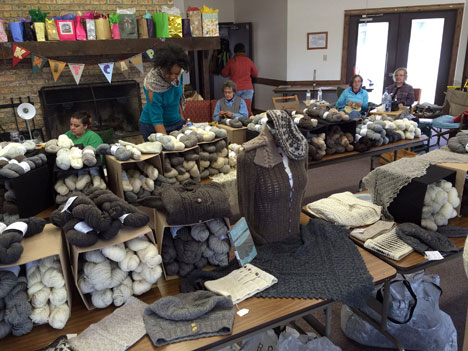 we set up the popup shop, i talked for a little bit, and then everyone shopped and we knitted with them for a few hours more. it was so fab! 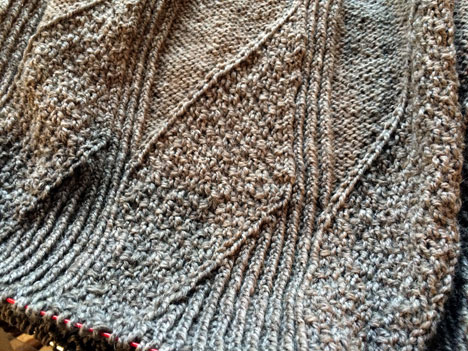 i worked on my skirt (more on that in a minute) while i chatted with knitters on one side of the room. it’s nearly done but these last few rounds seem to be going slower than all the others. 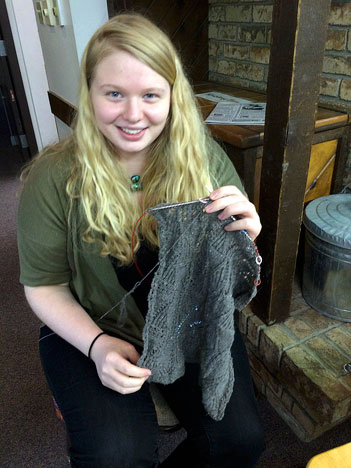 erica sat on the other side of the room working on her mountain peaks wrap while chatting with the other knitters. this is her first lace project and she’s making great progress, don’t you think?

it was a lovely day; thank you again for inviting us to participate! 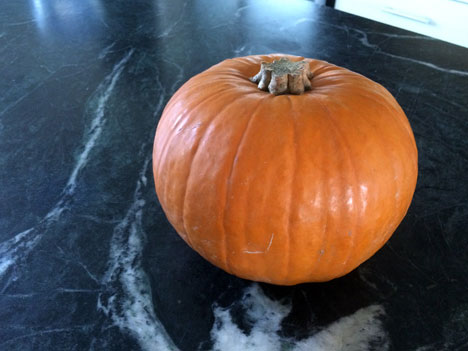 bright and early the next morning i had an early meetup scheduled with a pumpkin and a whole lot of gluten free flours. almost every morning these days,  i cannot believe my ears when the alarm goes off—is it me, or are hours for sleep actually growing shorter and shorter? 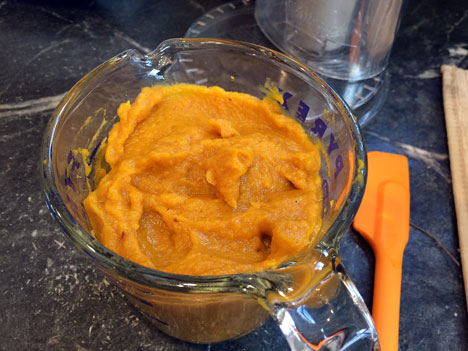 anyway, still bleary eyed from sleep, i started peeling my 3.5 pound pumpkin while the coffee perked. just standing up and smelling coffee made me feel better, hee-hee.

i like the flavor that i get from roasting pumpkin, but i don’t like the mess it sometimes makes and i definitely did not have time on sunday to clean the oven afterward. so i peeled and cut it up in chunks and roasted them, keeping an eye out that they didn’t brown too much. well, that worked a treat—i got some nice color and caramelization, but they remained fairly dry. i steamed them for a few minutes afterward for good measure and to prevent the outer surfaces from being leathery. the only thing was . . . it didn’t make quite enough, arggh. i need another half cup or so, dang it. 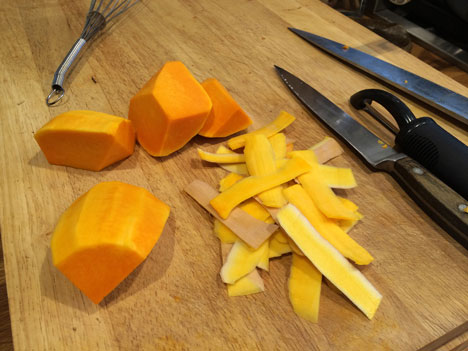 fortunately i had a nice row of butternut squashes from our garden on a basement shelf. i cut up the smallest of those and steamed the chunks for a few minutes to augment the pumpkin and also to use in the next recipe i made. 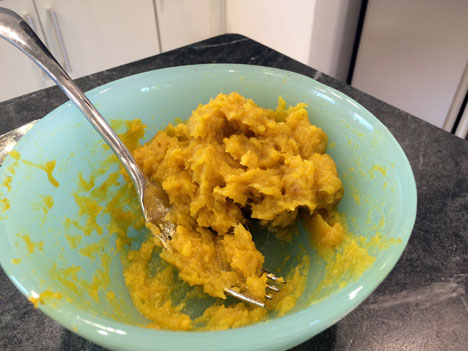 for this second one, i cooked up all of our smaller sweet potatoes to use in a recipe for gluten free sweet potato rolls; i was excited to try these as well as another bread recipe. this would be my first voyage into GF bread making. i’ll admit, i put this off til the last minute because was nervous. i used to bake all my own bread and i know it takes time to develop a hand for the process, as well as an arsenal of good recipes. 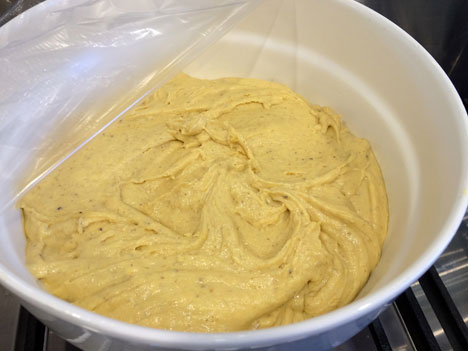 but i had committed to bringing bread, so here we go! GF bread starts out more like a very stretchy batter—i think there are some waffle and quick bread foods that are made like this. 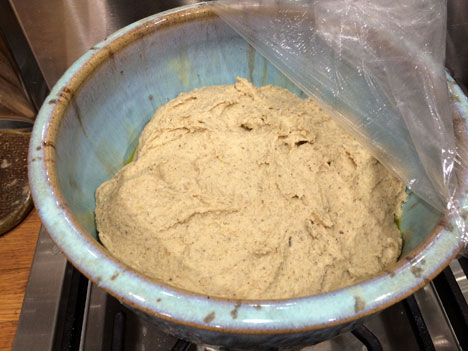 so i set up two types of dough from two authors who use differing methods, in case one would work better than the other. the looser dough (top photo) did rise faster, but the drier dough was a little easier to work with. 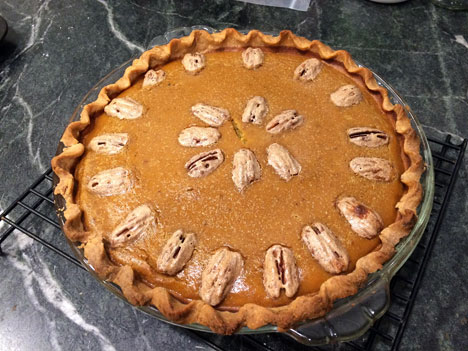 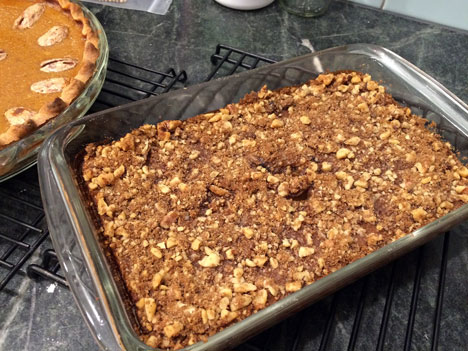 but i love pumpkin squares as much as i love pumpkin pie so it’s all good. i just used my old recipe for these and subbed in GF flour; that has been working pretty well for simpler recipes. 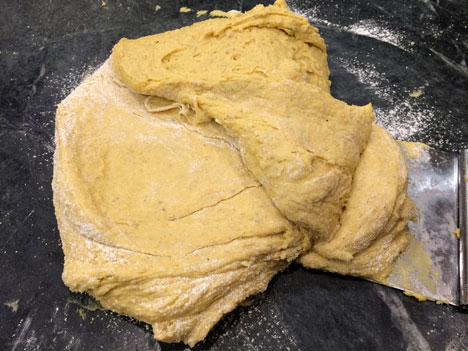 while the pies were in the oven, i shaped my bread loaves and rolls from the dough that had now risen fully (yay). this was the trickiest part—the dough is extremely tacky and wet, requiring a scrape and fold method rather than the familiar hands on kneading i am used to. 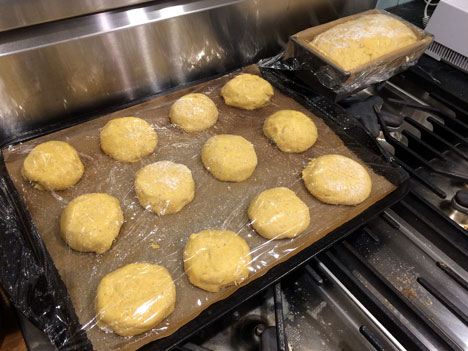 but eventually i got the hang of it and soon the sweet potato rolls and a loaf were rising.

then i repeated the process with the whole grain dough from which i made two small boules.

the sweet potato loaf was rising fast so i got that into the oven as soon as my pie came out. suddenly i had a bit of a traffic jam of items that needed to get in the oven, ack! the breads worked out fine but unfortunately, the rolls ended up over proofing and did not fare as well (my bad; i should have moved them to a cool spot when i first noticed they were rising too quickly). 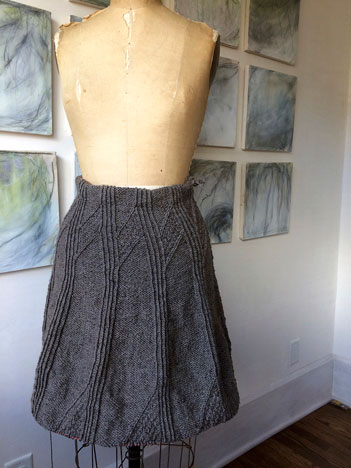 baking done for the day, it was time to turn back to my knitting. my skirt was nearly done before the weekend started but when i put it on the form for its second fitting, i realized it was getting much too long and there would not be room to complete the hem and keep it the length i wanted. 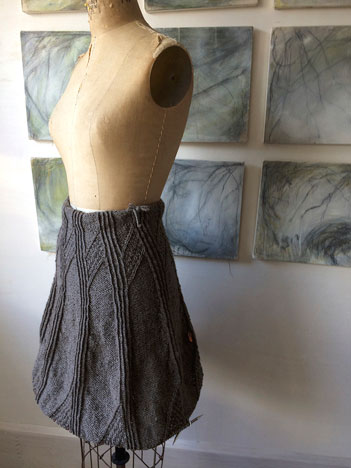 the shape is pretty though—i like it. so again i ripped back a good deal to start the hem at an earlier point. 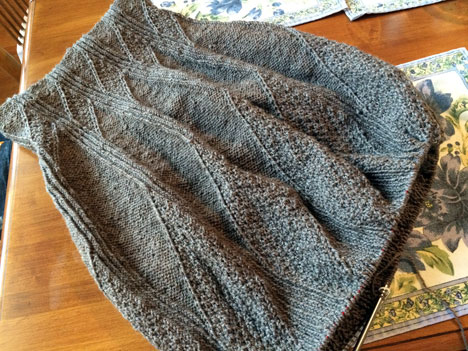 and here’s what it looked like yesterday morning—almost done! 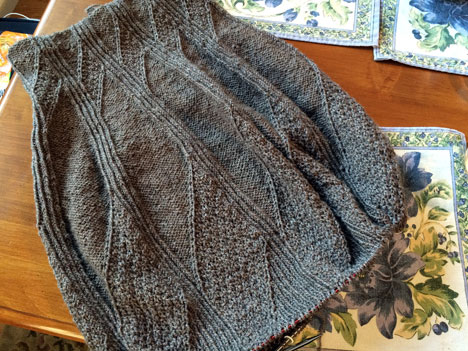 i knit in the car all the way to vermont and a little bit last evening, so it’s a little further along the you see here. i literally have just two or three rows to go now, but i may run short of yarn (ARRgghh!!). i hope not, but if i do it will be a quick finish once i get home. 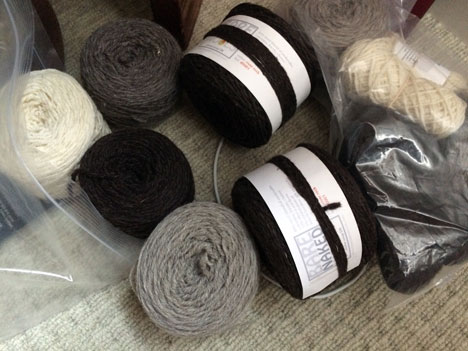 i have plenty of other knitting to work on this weekend—my red scarf prototype and a new shawl in our cabécou lace yarn. i brought plenty of yarn and needles to get started on those—in fact a totally unrealistic amount, haha. 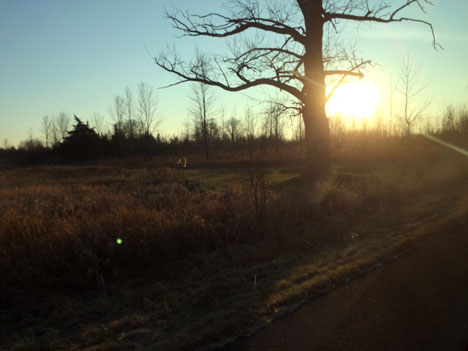 have a wonderful holiday wherever you are—i hope you get to knit as much as you want at least for one day. happy thanksgiving!