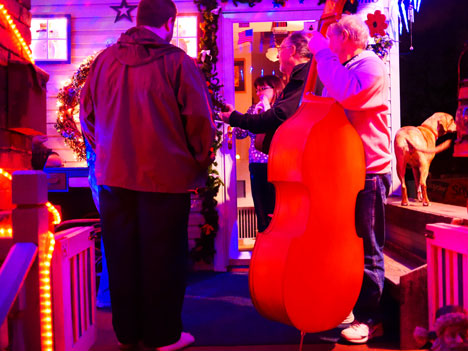 the other night when i got home from yoga class and stepped out of the garage, i noticed a to-do across the street—music and festivities to ring in the holidays. 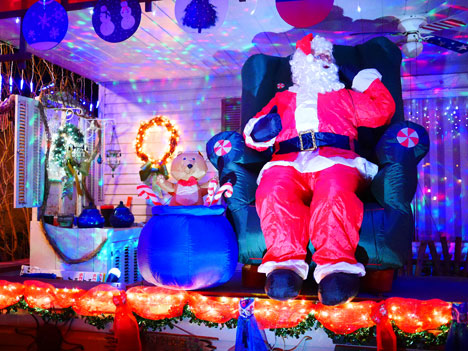 santa was shaken’ it and even abbey the dog was a-waggin’ her tail to the sounds! i dropped my things inside the door, grabbed the camera and went over. 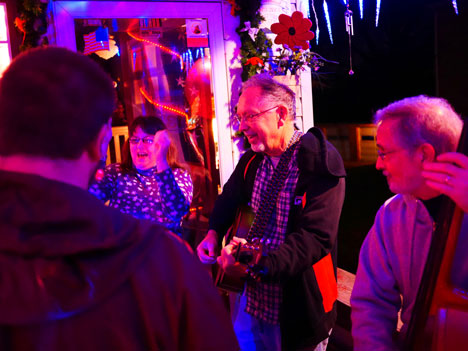 our neighbors were caroling, this year with extra instrumentation in celebration of our unseasonably warm temperatures. 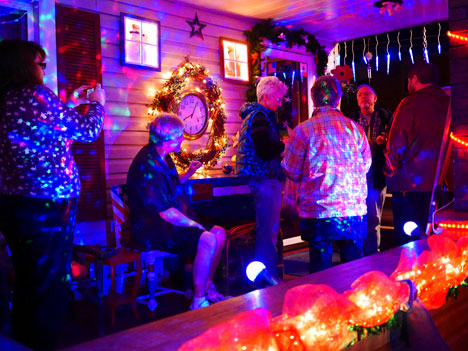 bret had already told me earlier in the week that his holiday display was going to be very low key this year . . .

but i never dreamed it was gong to be THIS low key, haha.
seriously bret, i think you missed a spot. 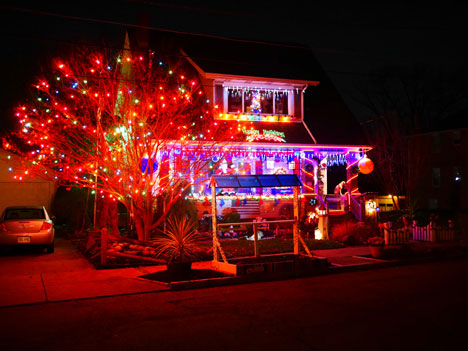 oops, nope, i’m wrong—there’s the tree in all its glory after all, with lights to the tips of its branches. well done. 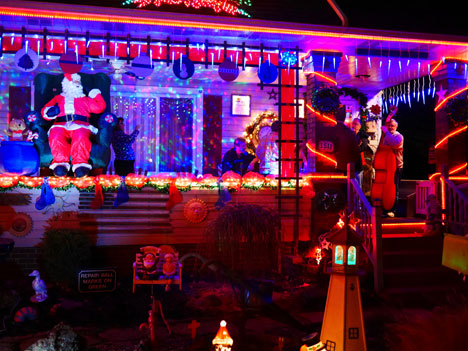 while the skiing polar bear, elves on a ladder, and other characters are sleeping through this year’s show, the addition of a new disco light show adds that extra layer of sparkle to fill the gap. santa at least, seems perfectly happy with things the way they are. 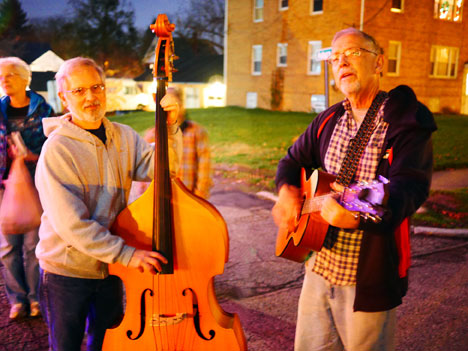 after a bit the merry marauders headed back to the streets—maynard and bruce are neighbors and brothers—they’ve been playing together for years and years (you’ve seen them in photos of other events, like the neighborhood coffee house and the summertime driveway blue grass party). 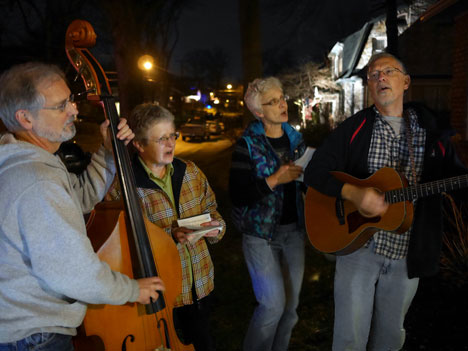 soon the band showed up on our front doorstep, where they played to david (who sat at the dinner table inside) and to me while i snapped some more photos outside. fortunately, they don’t mind being blog fodder. 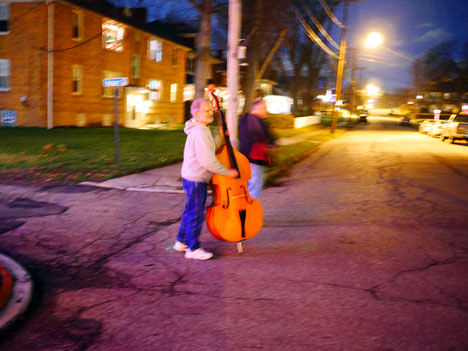 after a bit, they headed down the street to the next house, leaving echoes of christmas cheer in their wake (along with a little bag of chocolate goodies, thank you!). 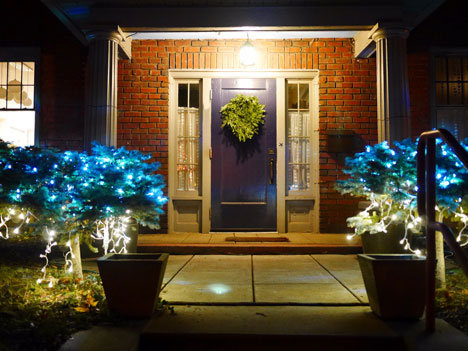 wherever you are on this night of nights and whomever you’re with (and however they’ve decorated), i hope you are having a warm, peaceful, and fun couple of days to relax and enjoy the moment.

much peace and love,
anne

12 thoughts on “christmas in any key is fine”