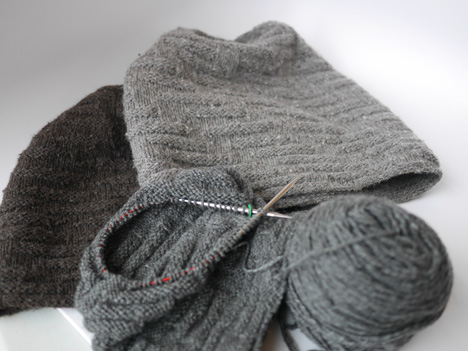 Before resuming my tales of the big kitchen renovation, I wanted to mention my current knitting project. The last few months I been knitting the Squish Me hat patten, a wonderful simple design, that holds it’s shape/form, perfect for all day wear. Completed two for myself in Stone Soup and just now knitting one for Anne in Better Breakfast (it looks really small, too small, may end up ripping back and starting over). This is my first time working with Stone Soup and it’s like a revelation of sorts, it’s softer than imagined and really loving the natural tweed it offers. Looking forward to using it with other projects, may become my go to yarn or reference yarn for future projects. If you have not tried it, give a try and let me know what you think.

The renovation, the official living room is on the other side of the house, we have a standard colonial house where you have a center hallway with rooms on either side. Today’s lifestyle dictates a bit of a different approach, more of an open plan layout, with kitchen, dining room and living room being co- joined, open to one another. Many advantages to this concept, one being, affords the meal creator to interact with company – personally does not work well with me, as I need total focus on any meal that I’m preparing, any disruptions are cause for ruination of said meal (incidentally the same for knitting, shh- can not talk and knit either). Originally we intended to basically keep the old foot print of the kitchen, only moving the doorway, enlarging the single door to french doors more centrally located. After demolition and new walls were being created, one of the journeyman noted “have you considered opening up the kitchen”, creating one great one room. Speaking of revelations, no we had not considered this, but as you see, this allowed for a larger island and gives the impression of a much larger feeling place. 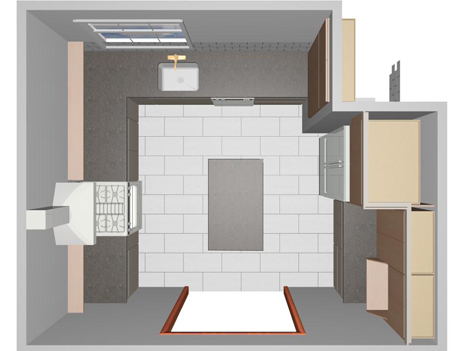 The new living room, probably more akin to a victorian parlor as it is a much more intimate (smaller) space. For several years, Anne and I shared this space as an office, great views, cozy in the winter (only room in the house that was completely insulated). I made the desks with a friend in his workshop, Willie, what a great guy, Father of Bil that I mentioned in previous blog, and Willie’s wife Lillian now works with. It took weeks to create the office furniture, I learned a lot. Like the kitchen we intended to have the option of closing off the parlor with french doors, but upon seeing the openness of the kitchen, decided it would it be more advantageous not to have doors. In the end the design evolved from three partitioned rooms to rooms being open to one another, could not be happier. 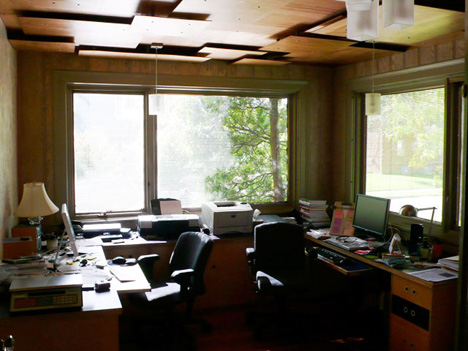 Old office, we were able to salvage the ceiling and re-install in the parlor. 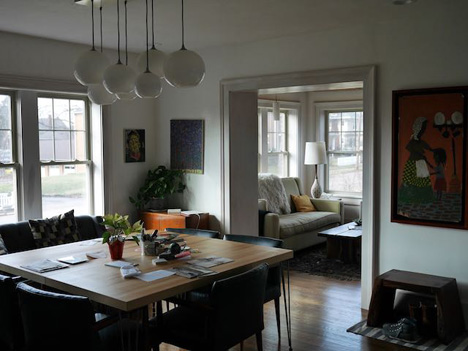 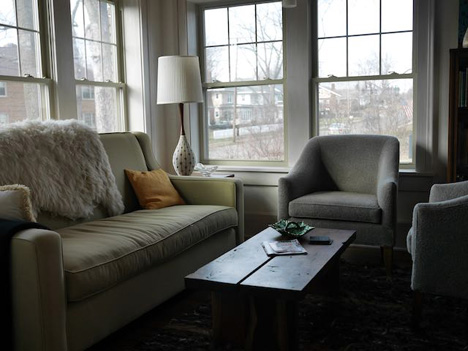 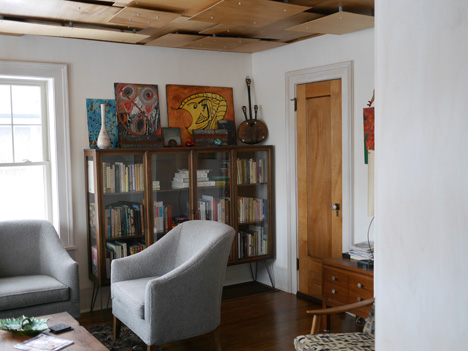 Closets offer much needed storage, something we were in much need of, especially a coat closet. I remember mentioning this to the supervisor on site, just sort of casually, more of a placeholder as I intended to re-use our existing Ikea free standing wardrobes for closets. Next day I was pleasantly surprised to see framing for two closets, one of which was for our bicycles.  I realize this is perhaps a tad bit extreme, but when you consider that our garage stands apart from the house and is not conditioned space, hopefully this offers some semblance of justification. 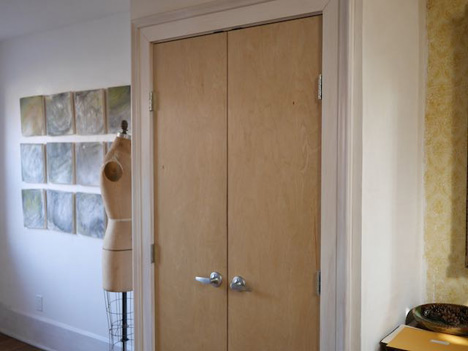 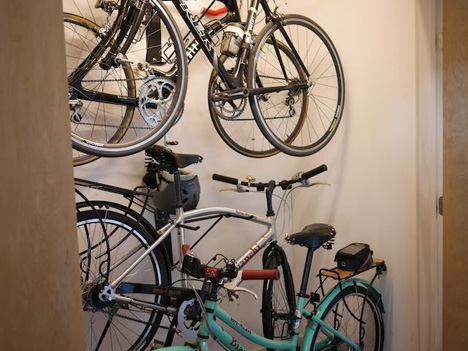 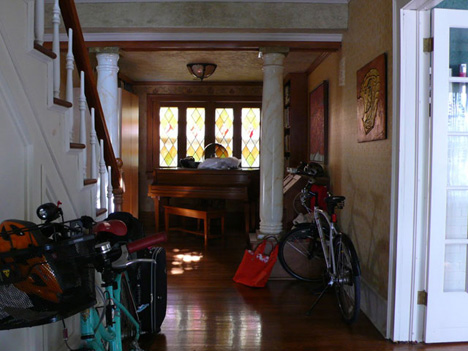 Old: Center hallway, would store bicycles here. Had to destroy the piano, broken sound board, could not find any takers.

Had hoped to end on a cliff hanger of sorts, providing a sneak peek of on my next project, but alas Anne revealed all in her last blog. More on this another time, as well a little more about my participation in the kitchen renovation. Next week will write more about my knitting prowess. Stay tuned.

18 thoughts on “A Promise Fulfilled 2”