The above title reflects my fairly recent impression of pattern reading. Unfortunately I don’t read music, but imagine it’s akin to reading a knitting pattern, especially the terminology. A musician’s notes, chords, bars, rhythm all culminate to create a song. Our knitting language is not dissimilar, we have knit/purl, cast on, decrease, wrong side, and more, lots more actually, resulting in fashionable wearables. 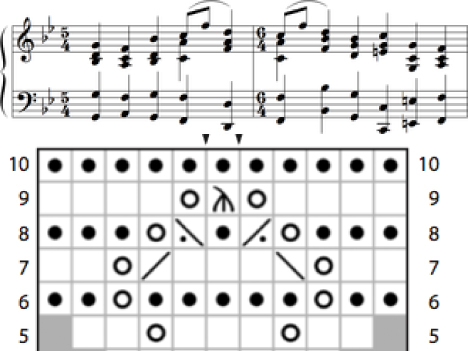 Admittedly my initial reception of pattern reading was less than stellar, preferring to be coddled and no so interested in knowing the intricacies of a reading a pattern. Having an expert knitter/designer and pattern writer seated next to me is the absolute best, indulging every call for help. Anne would offer an impromptu lessons with each interruption, however as I said I was not so receptive at that time, being satiated with my immediate problem being resolved. I feel awful about this, taking advantage of Anne’s generosity, could have been a much better student. To my credit I did realize my failures and yes lack of gratitude (by way of not absorbing imparted knowledge Anne offered) and took steps to rectify.

My first foray into deciphering knitting patterns was the Blanket Statement Club, a rather audacious introduction I should think. An assortment of various patterns to be conjoined, now throw in a bit of stitching and crocheting and you have what constitutes a brilliant foundation to understanding and reading of patterns. Perfect for beginners like myself, affording an opportunity to hon my newly acquired skill set and be rewarded with a lovely blanket, of which I have yet to complete, hopefully soon, after finishing Anne’s hat (although if it does not fit, will gift to someone else instead of ripping out). Using the original Breakfast Blend for my blanket project, if anyone is interested the Blanket Statement Club, we can arrange a selection of yarn for you, just forward a note to me. 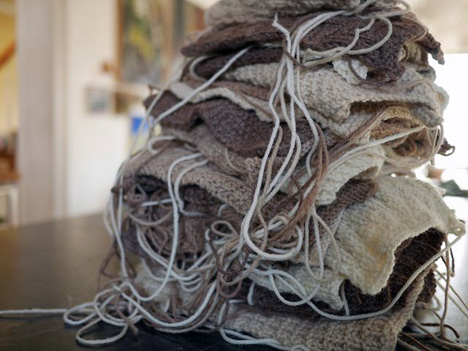 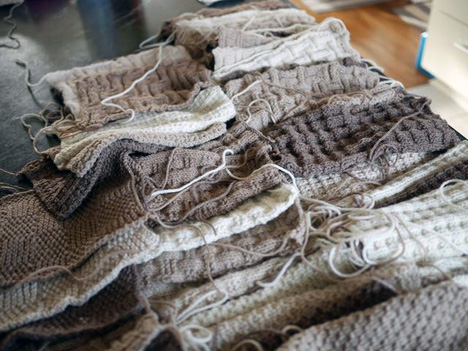 Early on I was unable to grasp the concept of casting on, despite Anne showing me several times. In an attempt to sort this out I took to watching Anne’s Grandmas cast-on video, not only upon casting on, but a few times when not knitting. Resulting in a technique that has become embedded in my mind, instant recall as it were now. The stitches of a cast-on must be consistent, not too tight to allow for some elasticity, no doubt true for most other cast-ons as well. Important to get just right as it serves as the foundation for the project. 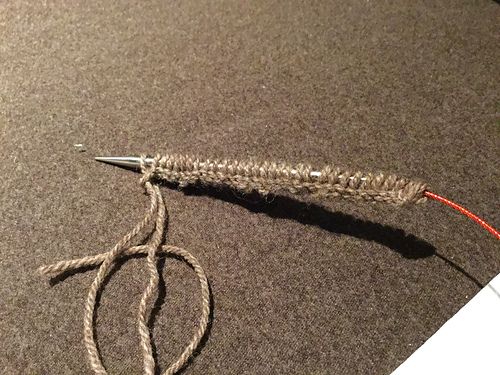 In the beginning I found myself often ripping back a square to begin anew (Blanket Statement project is composed of many square patterns, averaging about 31 rows), when a mistake would occur. As I was not able to make corrections on my own, this can only be done so many times before frustration ensues and desire falters. At this time I began to pay keen attention to Anne’s lessons, showing me how to undo several stitches and ripping out just a few rows and picking up stitches. This lead to a transition from angst and frustration to a relative pleasure. A better understanding of the mechanics of knitting, a sense of unravelling (pun intended) of what has heretofore been somewhat nebulas. Good place to end, will continue another time, want to talk about charts versus written instructions next time. 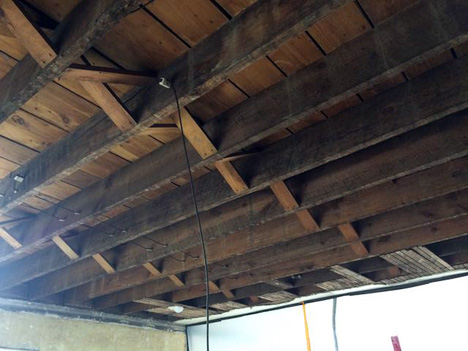 Renovation update, about 2/3 of the ceiling has been removed, my desk resides under the remainder of the ceiling on the other side of plastic sheathing. Will probably temporarily relocate upstairs now that the temperature is rising as spring is near. It is astonishing the lack of interesting relics from the past, you would think that a hundred year house would be a treasure trove of such things. Not so much this house. A fire place in the center hallway was uncovered during the kitchen renovation. Much to my surprise I found a written note and drawing on the wall from the 1940’s where I was scraping off wallpaper, part of the note is obscured by plastic sheathing just now. I thought it curious by the seemingly lack of layers of wallpaper, this explains it. Sadly the plaster can not be restored as I had desired, sustaining a lot of damage when crown moulding was installed. Old plaster will serve nicely as a base for a new finish coat of plaster. 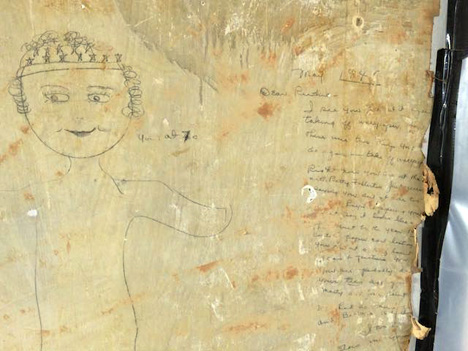 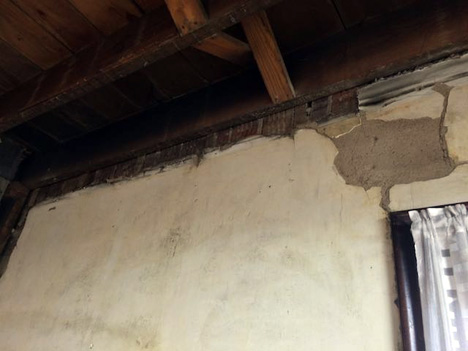 Previous installation of crown moulding damaged plaster. Bil suggested using fabric softener to remove residual glues from scraping of wallpaper, works really well, as you may discern from the two photos above. Still requires quite a bit of elbow grease to get the job done, but worthwhile as it is necessary for preparation for finish coat of plaster. 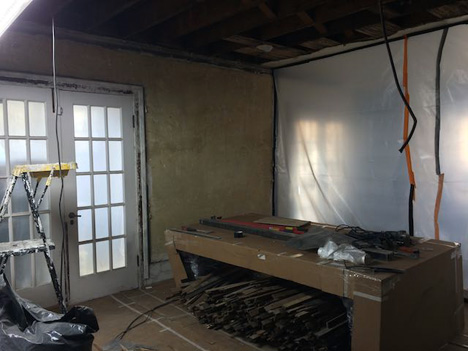 I try to respond to everyone that leaves a comment, so if you any question and/or comments would love to hear from you.

17 thoughts on “Good Things Take Time, So Just Be Patient”