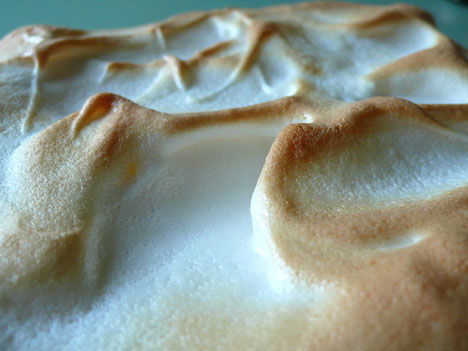 i just couldn’t leave home without a lemon meringue pie success.
i know—i’m unexpectedly obsessive, almost rigidly so, in regard to this pie. 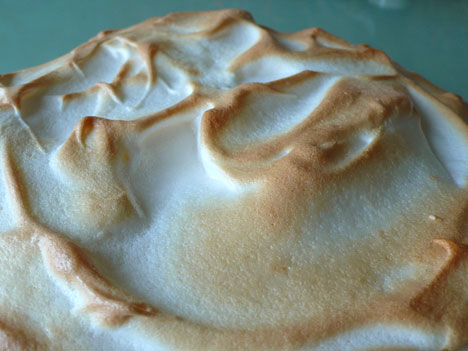 but loose ends are loose ends and sometimes i just get a bee in my bonnet to tie them all up. plus, i had lemons in the house, a crust in the freezer, and my knitting class was coming over today—i know they love their afternoon treats. 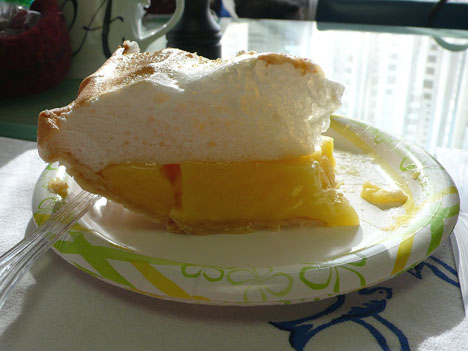 mmmmm.
many thanks to my friend nathalie (check out her new leaving) for supplying a good, working recipe. this is one i’ll go back to again; i love the way it’s constructed. i did add more lemon juice and zest after tasting the work in progress (reduce the water to compensate), which was met with sound approval by my knitting class.

which brings me to class projects 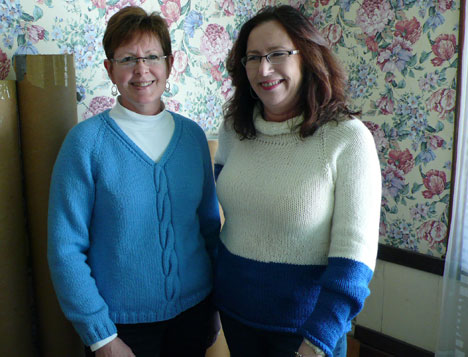 maureen and anne showed up with brand new sweaters, the freezing weather this week affording them one last round of sweater love for the year. 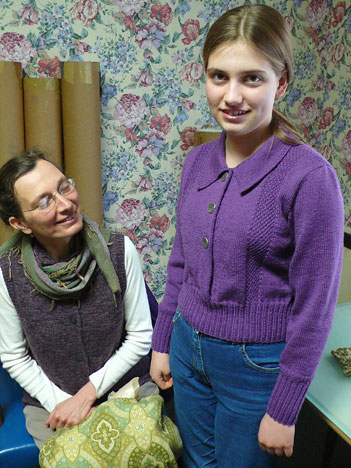 and though kris knits in the wednesday night class, i have a picture of her newest FO as well—a lovely vintage sweater for helena from a rowan book several years back. the persnickety finishing work in this piece nearly drove her over the edge, but she persevered and conquered it. just look at how lovely it is.

i’m going to miss my weekly classes when i’m gone! 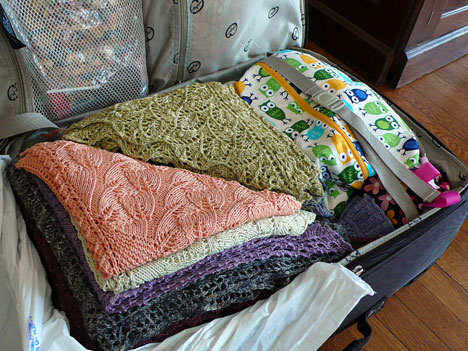 i got everything packed yesterday and WOW, what a difference that makes—today has been a breeze compared to my usual pre-travel day. i’ve actually been quite productive, having gone to an appointment, made a pie, got about halfway through a new pattern, held a class, and now blogging.
i even showered, haha. 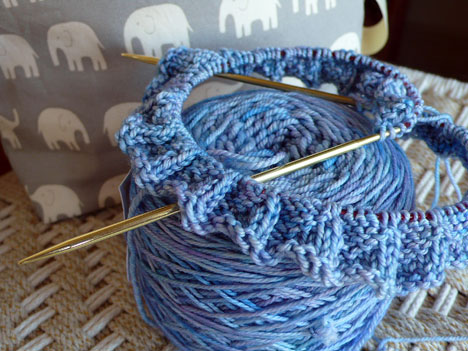 the pattern i’m working on is for the eliza neckwarmer and scarf. i started the neckwarmer the other night and plan to take it along as travel knitting; it will make a nice totable project. 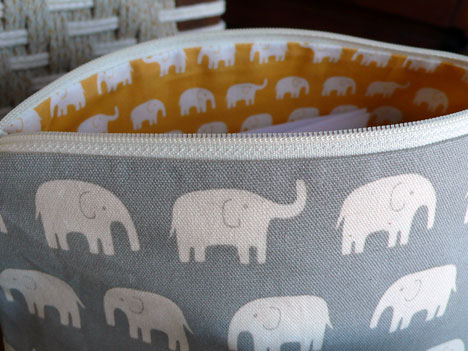 and here’s a little up-close view of the elephants on parade bag that i bought from michele last week; isn’t it adorable? i love the lining . . . more elephants.

the other night i moved the wasp and rose to a longer needle and since my phone was sitting right there, i took some craptastic phone pictures of it while it was spread out a bit between the two needles.

while i am getting a lot done on it this week, i know now why i rarely get anything accomplished with it while traveling; i have to concentrate see the stitches and read the charts in the best of light, and hotels hardly ever offer bright enough light for that. so it sits in my bag, unattended.

that said, you can guess that it won’t be coming along on this trip (pout). much as i’d like to say that i’ll work on it, i probably won’t. but i will promise to work on the pattern so that when i return, i’ll be in good shape to finish it up.

i’m going to miss david while i’m gone, but i have to say, i won’t miss this 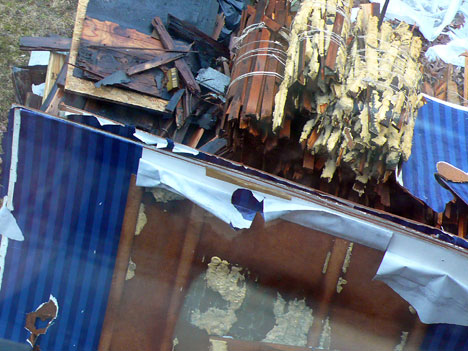 that used to be our bedroom ceiling; now it’s a pile of refuse in the back yard, waiting to be put into a dumpster. just look at that black and blue stripe wallpaper—that used to be on our ceiling (and when we moved in, on all the walls as well).
can you spell D-E-P-R-E-S-S-I-N-G?

and i won’t miss this either 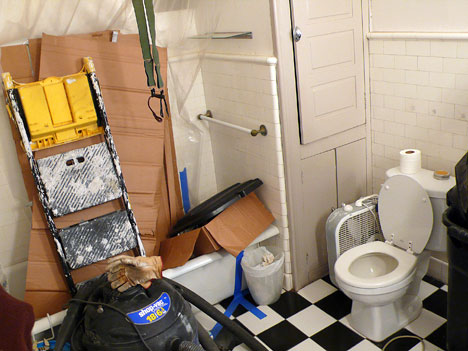 this is our main bathroom, being prepared for demolition. this bath connects to our bedroom and is awfully handy (but not in this condition, of course, though the toilet is still working). 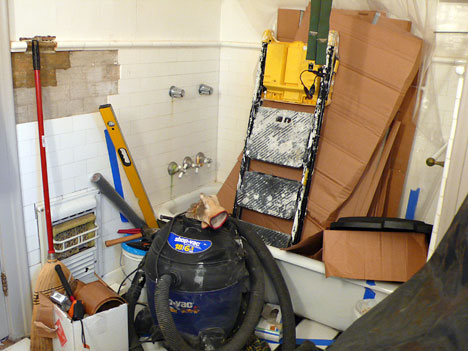 it is the next job on his list and he would have started it immediately after finishing the bedroom, but he’s been doing some urgent work for knitspot. and since i was home for just a bit, it made sense to hold off til i’m gone again (at least, it makes sense to me; i hate messes, except the ones i make).

once i fly off, he can tear into it to his heart’s content.

speaking of which, i’ve got to get up at o’golly o’clock in the morning so i’m going to end now. we’ve got lots of nice things planned for you while i’m traveling, not the least of which will be travel blogs. but also a couple new patterns and a couple surprises. i’m leaving home, but you can’t get rid of me that easily; see you on the other side.

35 thoughts on “let’s try this again”