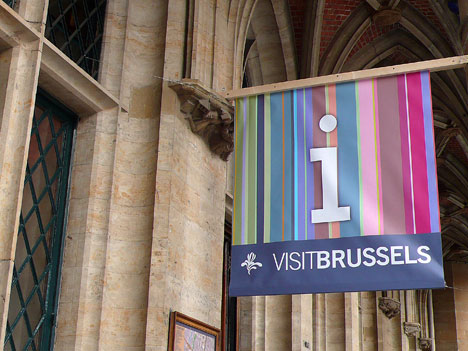 oh boy, did we ever have a great time exploring brussels. and we packed in a lotta walking, eating, and looking in three days, let me tell you—enough for several posts worth of flavors, flora, and photos (i had over 700 pictures when i finally looked, yikes). 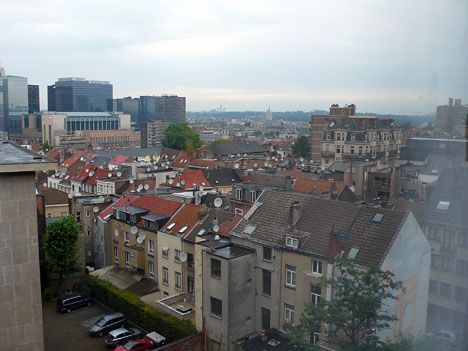 we got there wednesday at noon, so we had nearly a full day left to get out, but first, we took a little time to settle into our adorable hotel, which had spacious, light-filled rooms with great sightlines over the city—that’s the view from our window. 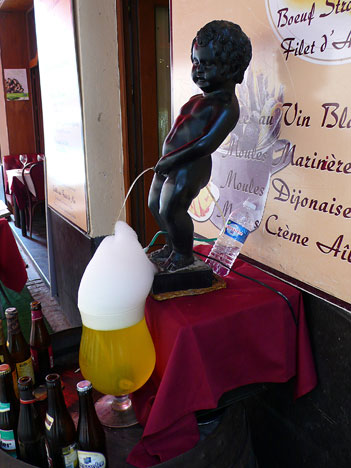 the little pissing boy is the symbol of brussels and can be seen in a variety of forms throughout the city center—we saw this one on our way to lunch, but the “authentic” mannekin pis is on another street which we visited the next day.

first things first—we needed to get some lunch. we settled on a pretty touristy place, known for its mussels; a little predictable, but okay. and the frites weren’t bad at all . . . 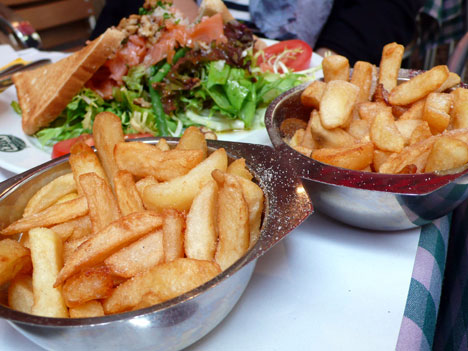 after lunch we strolled toward the center square a little aimlessly, willing to explore whatever curiosities we encountered. 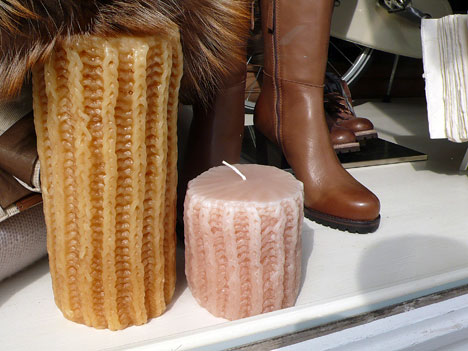 we weren’t really looking to do any intensive investigating yet, but if something interesting came our way, we’d go with it. 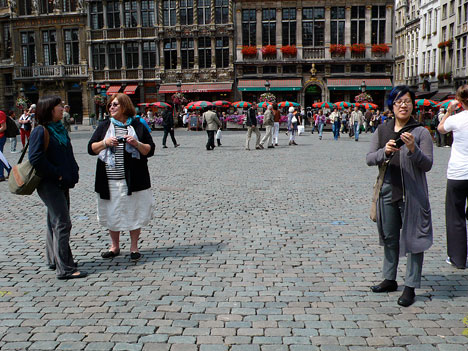 and of course it did. the center square was full of lively activity, including preparations for the national holiday, which was on thursday. 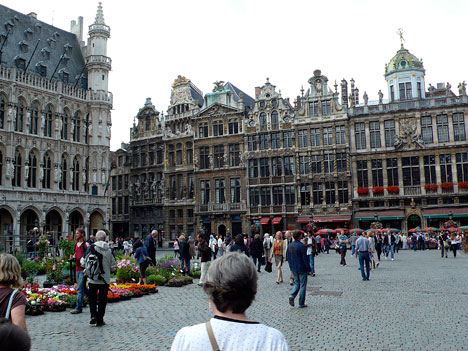 the area is mostly filled with tourists and travelers, but some residents and city workers were passing through as well. 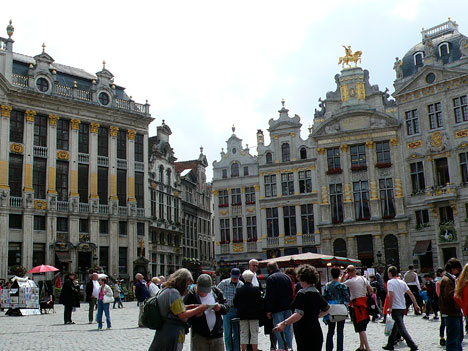 the buildings around the square are wonderful; many of the old guild houses line the surrounding streets, with the largest ones right in the square. 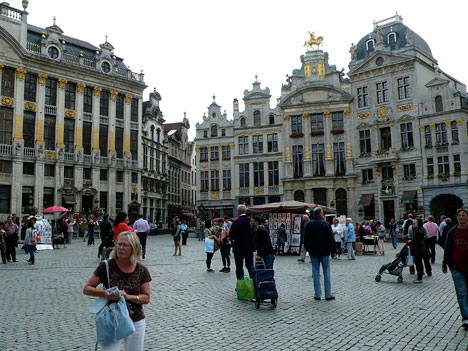 with generous windows and ornamentation indicating the type of guild that was once housed in each, these buildings have been well maintained and retain much of their original beauty. 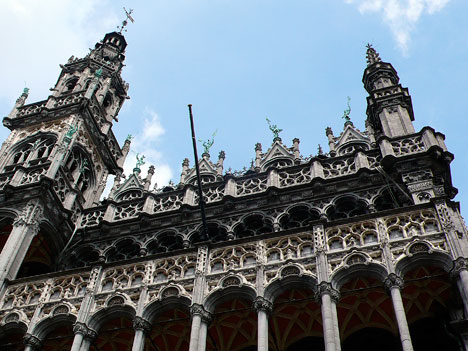 along with all the other tourists, we took a bunch of pictures here; we couldn’t stop ourselves.

a bright flower market at the center of the square stopped me in my tracks—i’ve been missing my garden and this was a good chance for me to soak in some cheerful color. 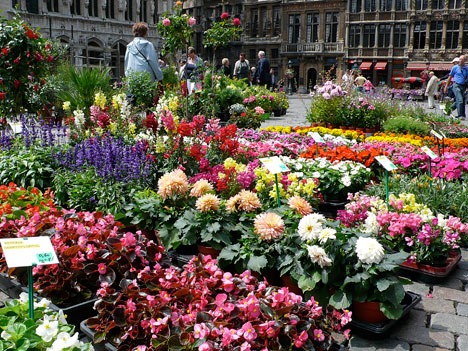 and some green as well, yay. 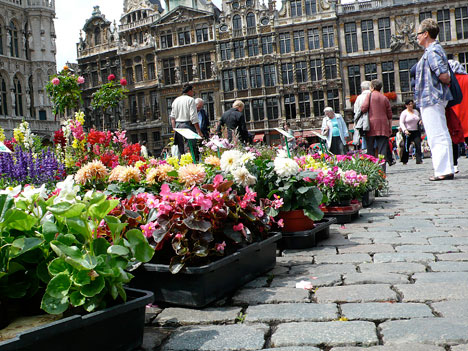 the day was really nice, with cool, soft air and mostly sunny (though we did see a few showers throughout the afternoon). as we would find out later, days like this are rare. 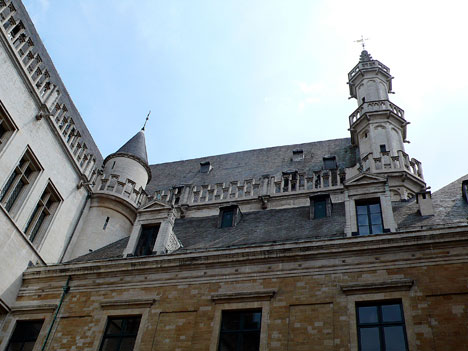 eventually, we found our way to the local tourism center, where we secured directions to several of the museums we were hoping to visit and got ideas for other places to explore. 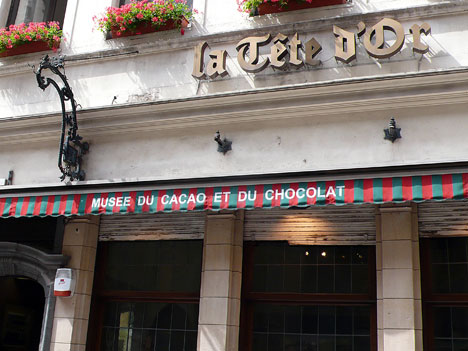 and so we found our way to the museum of cocoa and chocolate, which was . . . interesting, haha. 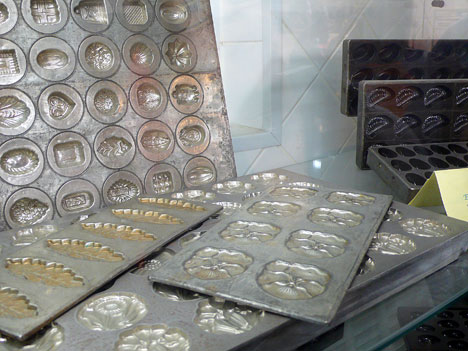 tiny, with some wonderful treasures—such as these antique and vintage chocolate molds 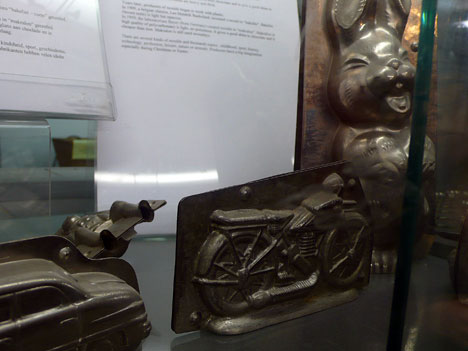 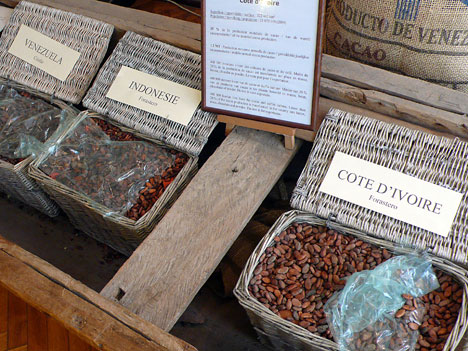 it also houses some strangely out-of-place and not terribly PC exhibits. and some that are just strange 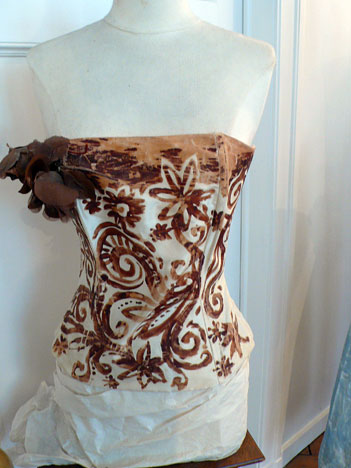 like these chocolate dresses that were actually shown on the runway.

all in all, not exactly a scholars paradise, but worth a look if you are in the area. at the end you can attend a demonstration of chocolate making and candy molding on the first floor. 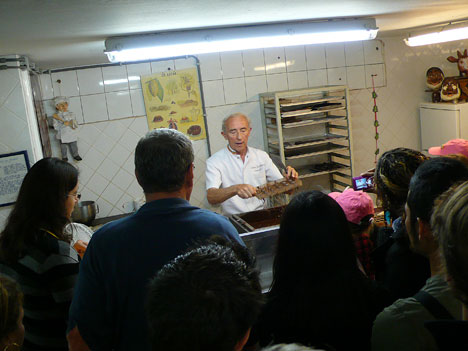 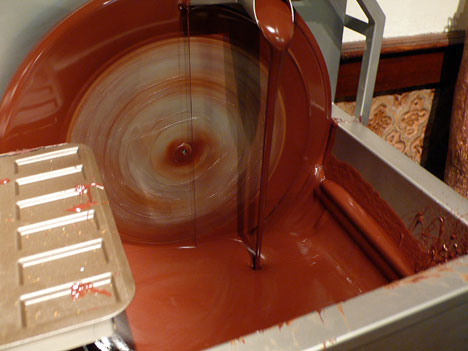 and taste a sampling of delicious belgian chocolates.
we followed up with a stop for coffee and then wandered the side streets some more.

just before heading to the brewers museum, we happened upon our first serious chocolate shop. we didn’t buy a lot, since we knew we had a whole day of chocolate browsing ahead of use, but we did sample a little and cookie found salted caramels that became her standard.

next we went to the brewers museum, which was a bit of a disappointment—nothing more than an indie film about various belgian beers and a sample of the local brew—both were pretty run of the mill.

but there was plenty more to explore the next day and i’ll show you all that tomorrow; it’s 4am and i really must get to sleep now, so i can be up in time to have breakfast with cookie before her flight.
see you next time!