the influence of the internet on knitting and knitters over the last decade is almost incalculable. before it, knitters who could afford to travel and study found ways to explore our craft in the outer regions and to meet other fiber artists worldwide. some of us would develop pen pal exchanges with a knitter or two who lived far away. but for the most part, our knitting friendships were limited to a small circle of knitters who lived within driving distance and who had time to share.
if you happened to find them.

and working relationships between authors were much more precious, requiring the ability and funding to travel periodically and to use the the telephone at length, then to further trade files by shipping hardcopy pages back and forth. now two knitting authors can easily get together via email, skype, and file sharing, to create an article, book, or other work project—in fact it can be done without the two parties ever actually meeting in person or using a traditional publishing house. the possibilities make one’s head spin.

and it just such a project that i have to show off today. 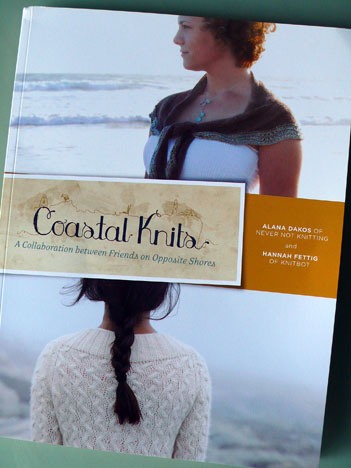 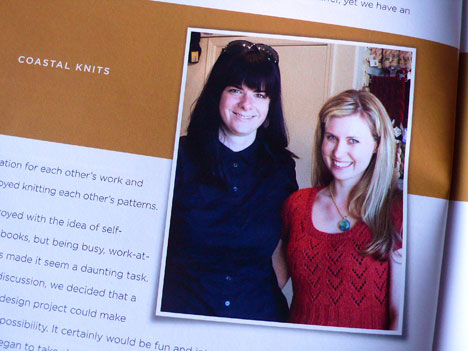 one of them lives on the west coast of the united states and one on the east coast. this collection of ten designs celebrates their friendship and is inspired by where each of them lives. 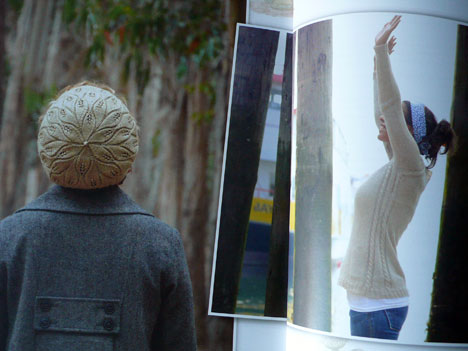 from alana on the west coast, for instance, we have some lovely light sweaters that you could throw on for a walk along the beach or when entering a restaurant, but tuck away in a tote while shopping. 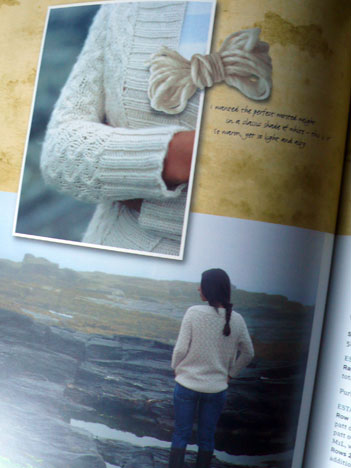 her designs are influenced by light and by the year-round presence of flowers and greenery. 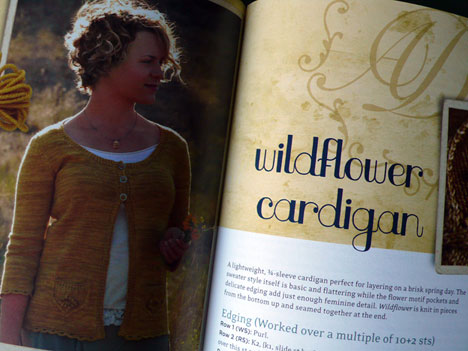 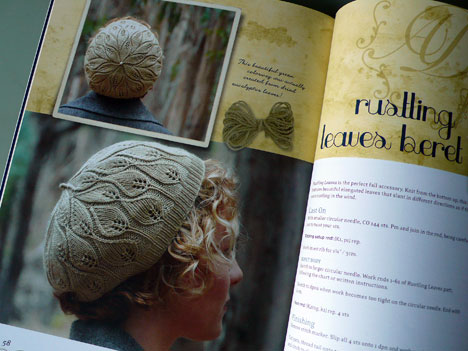 i love the way the pattern converges to the top point. it’s similar, though not the same as, the beret i’ve been working on during my trip. i might have to knit one of these too! 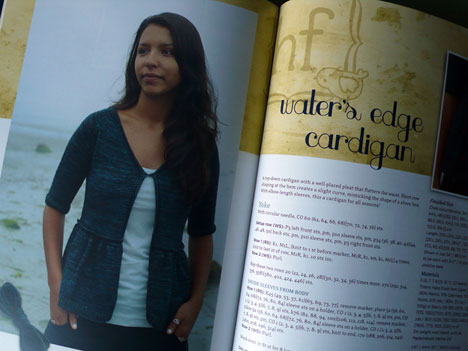 hannah’s sweaters reflect the dark blue water of the atlantic ocean and the rocky coastline near her home on the east coast.

in addition to the patterns included, we also get a peek at the yarns that inspire these two designers 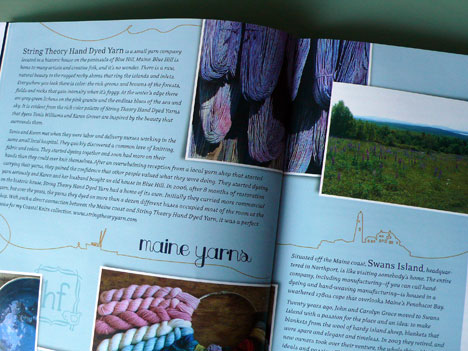 from the east coast, hannah introduces us to string theory hand dyed yarn. 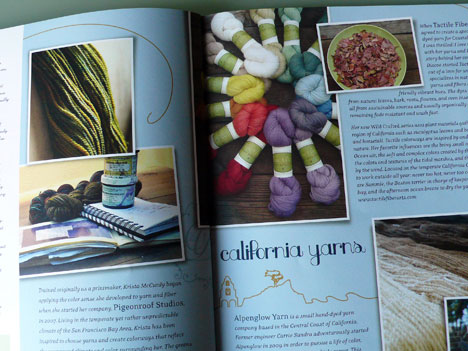 and from the west coast, we meet yarns from alpenglow and pigeonroof studios.

there is also a short section on how to choose the right size for you, accompanied by tricks and tips for making your way through the patterns included.

my very favorite tip of all??? 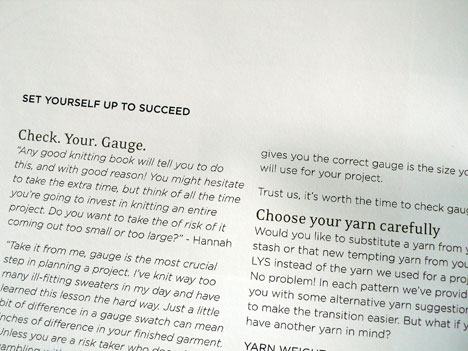 seee? i’m not the only designer and teacher who sounds like a broken record! it’s good advice.

not only have hannah and alana shared this book with us on the blog today—they have also set aside a giveaway copy for knitspot readers. aren’t we lucky this week?

if you’d like to win it, leave a comment at the end of this post by 9 pm EST on sunday, nov 20th. we’ll announce as soon as possible after that; i’m teaching at a retreat over the weekend and i’m not sure when i’ll be posting (definitely by next tuesday, though). 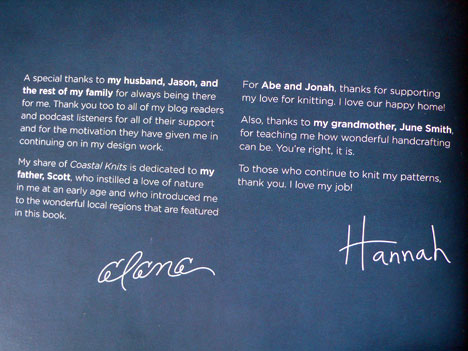