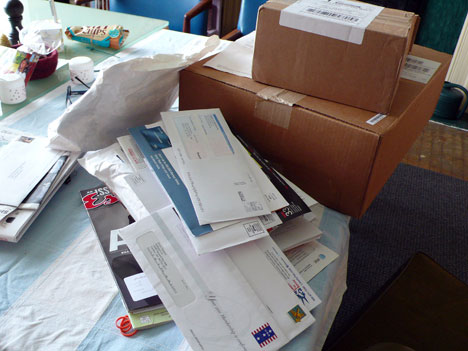 oof, the first day back is always so frantic; my first order of business for today was to get a blog post up and here it is, after 2 pm and i’m just getting started.

i suppose the first thing i should take care of is announcing the winner of the sweet shawlettes book giveaway—and that would be our good friend malin, yay!

thank you to everyone who participated.

now, let’s get caught up on where we’ve been and what i’ve been knitting for the last several days, shall we? 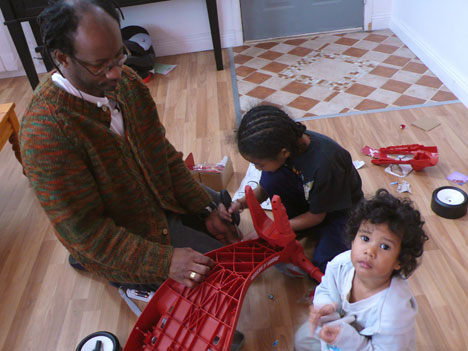 last tuesday afternoon we flew from san diego to las vegas, where we spent time with our family through the weekend. the kids got a big dose of uncle david and auntie anne—as much as we could fit into five days. 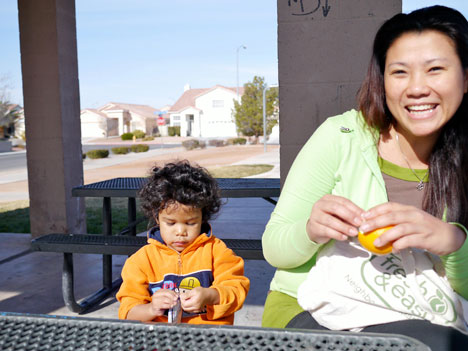 the boys put together a bike for micah while nan and i knitted on saturday. 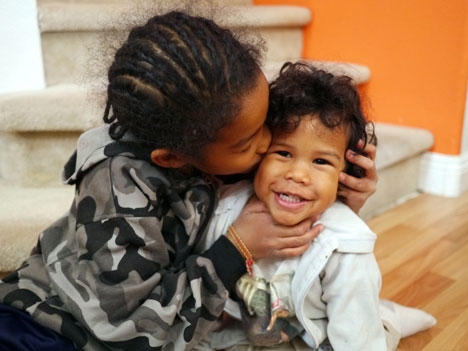 micah was just a little wee babe the last time we saw them in person; now he’s talking, toilet trained, and learning—being two, his favorite new word of course, is NO. here’s a really cute video i shot—involving ice cream—when we went to eat on friday night 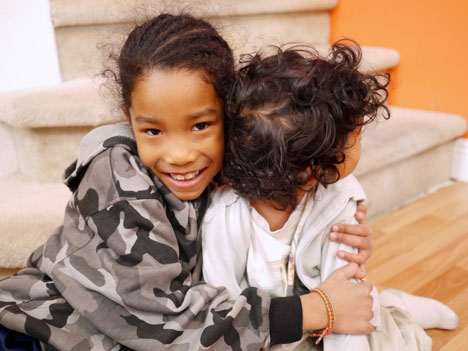 and amad was new to big brotherhood, but he’s become a pro in the two years since then.

during our visit, the weather was really fine, so we got to play at the park 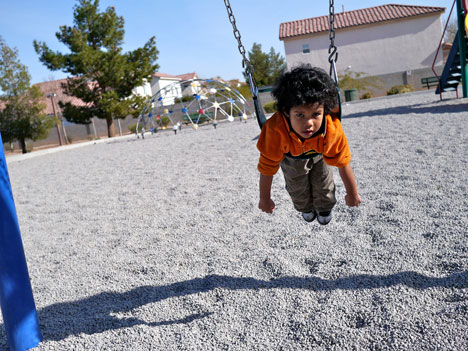 the kiddie swings were broken but micah and david figured out a way to use the older kids ones instead. 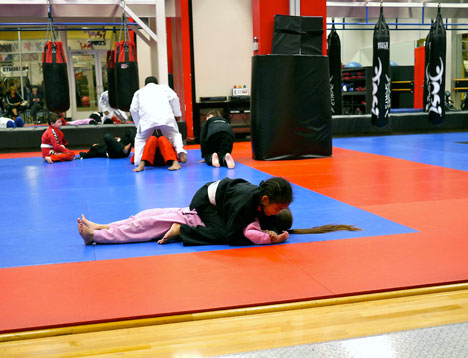 after school, we went to amad’s martial arts classes—he goes every day and alternates between disciplines

david made a nice video of amad in power mode here

nan wanted to brush up on her knitting skills again, so we spent a lot of time together on that (thank you david, for watching the kids while we had craft time!). she knit a sock for micah and is working on the second one, then she cast on for a slöfock cap because she liked david’s so much. it’s a great beginner project; she got a lot done on it while watching amad’s classes; in fact, she’s discovered a brilliant way to fill that time (micah otherwise occupied during class; the gym has a playroom where he likes to hang out). 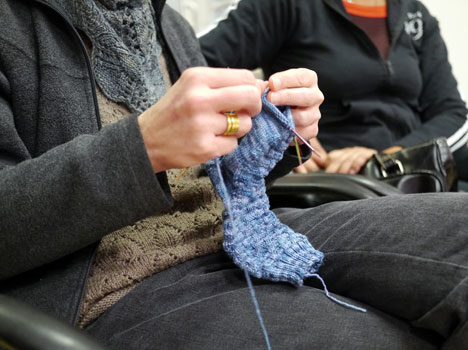 i worked on my own sock project too—i’ll have you know that i completed one sock during the plane trip to las vegas and the other in my first day there; knitting for a sweet nephew is a great motivator, apparently. 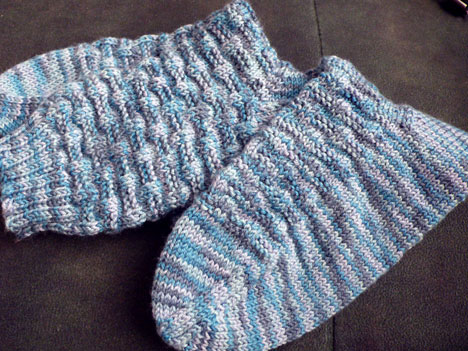 this is a new pattern which i’ll be knitting again in a bigger size for david. here i used kollage sock-a-licious in the boy’s favorite color, blue heaven.

i know they’re a little big, but he grew out of the last ones so fast that i decided it was a good idea to build some insurance into this pair. 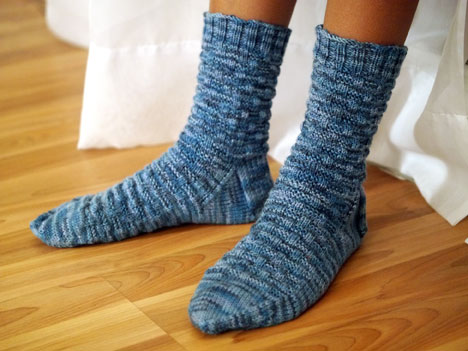 besides, warm summer weather is heading to LV fast; soon it will be much too hot to wear them. by the time he can put them to use again in the fall, he’ll almost certainly be another shoe size bigger. amad has pointy feet like i do, so he gets a tapered toe on his socks, too. 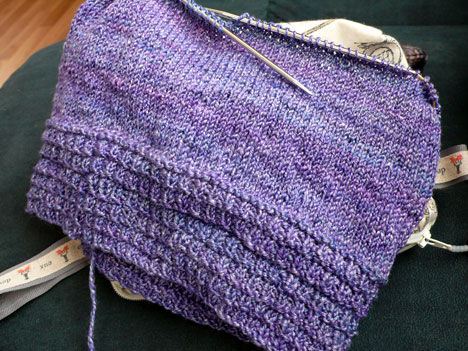 while nan worked on her hat, i knit one as well in newhue handspuns bamhuey sport, which she had on hand from the last time we visited (i knit amad a pair of socks with it back then and left the remainder for her to try). this colorway is fruit of the vine (she’s restocking the shop with more soon!). there was plenty left from the original two skeins to make a hat for nan. 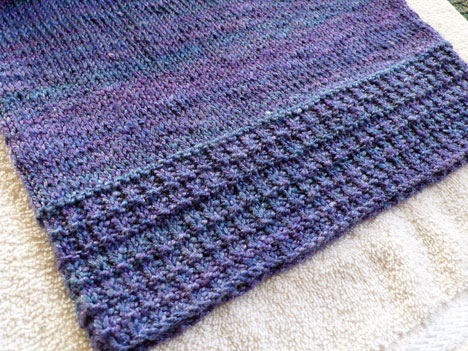 i didn’t get to finish it before i left there, because i didn’t have the right DPNs for the top decrease section. but when i got home last night, it was the first thing i worked on, once we’d settled in. 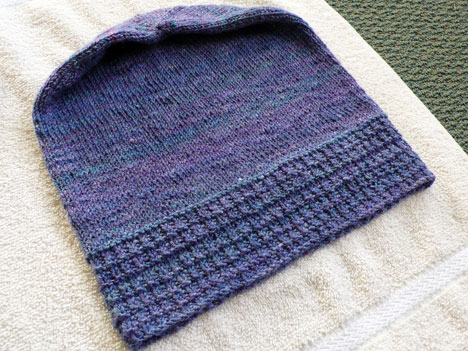 and now it’s drying in front of the heat vent. when it’s done, i’ll send it off to her so she can get some use out of it before spring arrives there (it’s still pretty chilly there most days, despite the sun. you need a good hat and scarf to play outside). 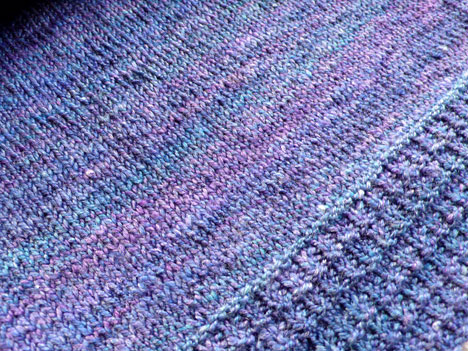 i love the way cheryl spins the dyed fiber; the color shifts are so subtle and pretty in the final fabric. mmm, just mesmerizing.

i actually have some other projects that i got lots done on as well, but i’ve gotta run to class now, so we’ll talk about those next time.
enjoy!