kit available now at one planet yarn and fiber.

to purchase pattern only, or view pattern information, please check out the listing
in our pattern shop 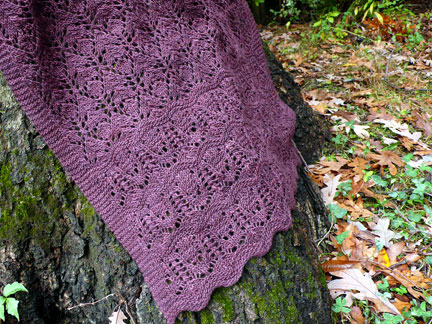 cluaranach (KLOO-ar-un-awk): from the scot’s gaelic, meaning “abundant with thistles”

The prickly purple-flowered thistle has been the national emblem of Scotland for hundreds of years. According to legend, this plant (known as the armored knight of the vegetable kingdom) thwarted a silent night invasion by barefoot Norsemen upon Scotland in the 13th century when they could not walk on the prickly groundcover without crying out.

The role of the thistle was then understood, and was chosen as Scotland’s symbol, with the motto “Nemo me impune lacessit”, or “No-one harms me without punishment”.
Its first use as a royal symbol was on silver coins issued by James III in 1470; one of the proudest orders of knighthood, called the “Order of the Thistle” was established in 1540 by King James V of Scotland.

so fling this wrap proud about yer shoulders; under its protection march forth and make much knitting.

my deepest thanks go to nan, who does not blog but is a generous and tireless test knitter and vanessa, AKA wonder knitter, for making sure the pattern was fit to print (and fun to knit!). 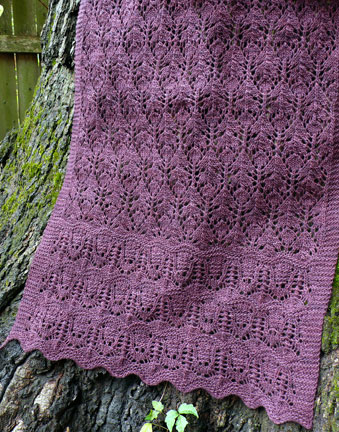 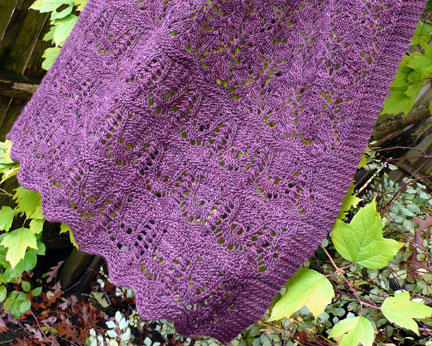 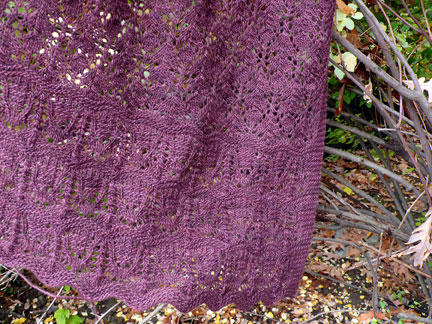