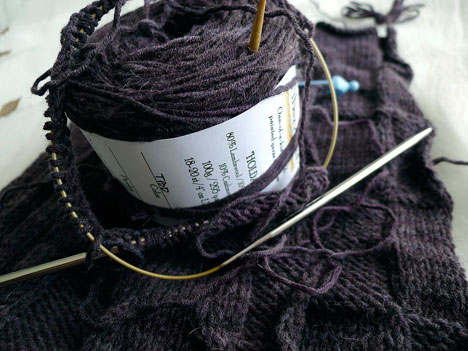 ahhh, i had the complete luxury to spend all day wednesday with needles in hand. i don’t think i even opened my laptop all day—i can’t remember the last time that happened.

actually, i did put my knitting aside for a couple of hours to go for a long walk and take the dog for a mini walk—a much needed stretch break.

i’ve been doing a ton of secret knitting on this trip (which is why it is conspicuously absent on the blog), but on wednesday, i treated myself to a long session with the cardigan i’m knitting in spirit trail holda (MMMM!) and THAT i can show you.

last time we saw this project, i was somewhere in that no-man’s land between the hem and the underarm bindoff, with no notion of when i’d get a chance to work on it next. i made awesome progress on it in my off-time this week. 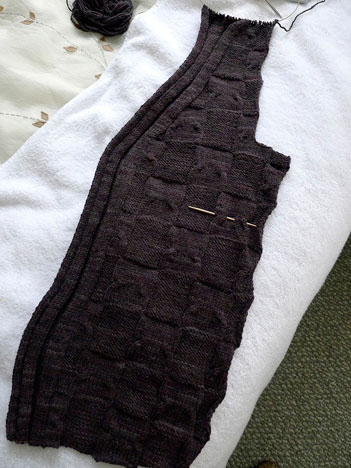 by midday wednesday, i had the entire left front nearly done, but when i looked at it objectively, i really didn’t like the neck shaping—a little more “slanty” than i’d intended (sorry, i can’t think of a better word). 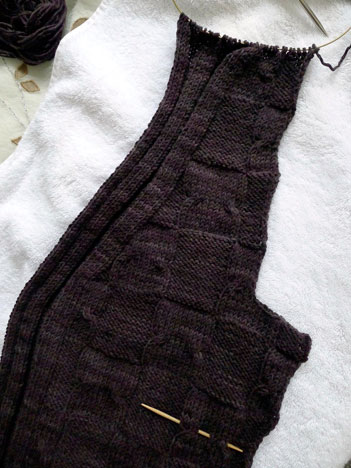 i knew this was the case pretty early into the shoulder section, but in a state of denial, i delayed facing the truth long enough to spend several more hours finishing the piece before deciding definitively to rip it out.

i must have been enchanted by the colorway—a custom color that is TBD for now, but i bet jen will end up dying a bunch of it.

ack, you’d think i had all the time in the world to knit, the way i waste it some days . . .
but there’s no sense beating oneself up over stuff like this, is there? 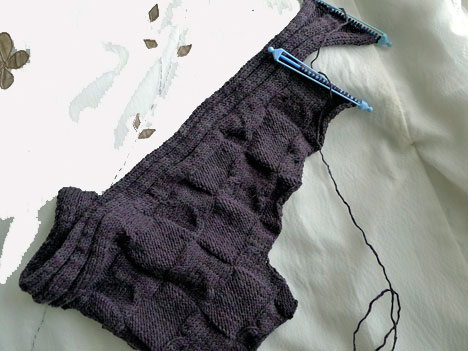 it didn’t take long to reknit and now i’m completely happy—which is all that matters, right?

you can see that the front band will extend up from the shoulders to wrap around the neck; that will need to be grafted or seamed later on. 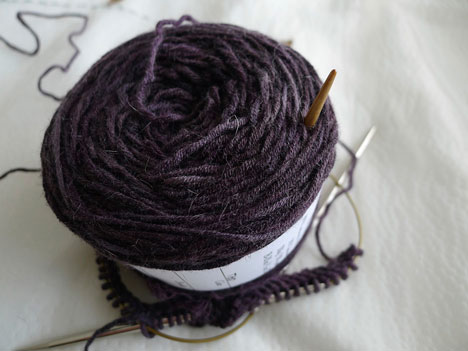 i immediately cast on for the right front. this is the piece that might have buttonholes, so i have to be careful and remember to put those in. right now, i’m waffling between buttonholes or tiny, i-cord button loops—i can’t decide. 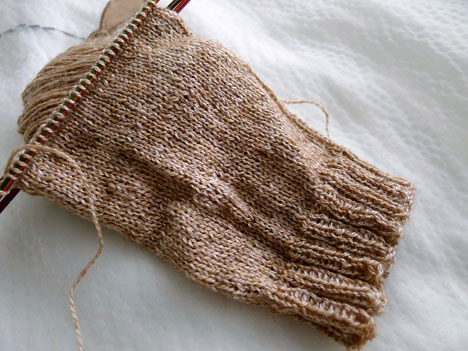 i’ve been carrying this plain jhayne mitt around in my shoulder bag, too—adding to it at restaurants, in the car, while waiting for whatever . . . i’m getting there.

i started the gusset while i was traveling to james’ house and haven’t really looked at it much since i got here, but today we’re moving on to our next stop, so i’ll probably work on it in the car. 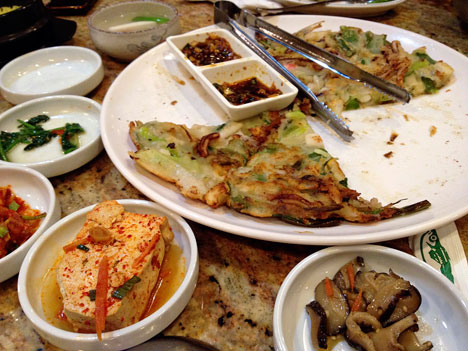 last night when david arrived, we went to shin chon garden in ellicott city for a korean meal. we often have lunch at the counter in back of the grocery next door, but for this time, we wanted a little bit nicer atmosphere.

we started with the seafood and scallion pancake above, not realizing that it could be a meal in itself. 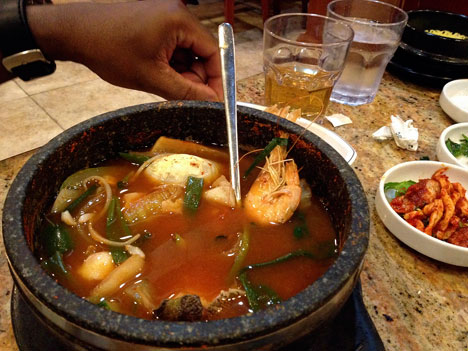 the food was wonderful—this is david’s codfish tang, a spicy, seafood soup. 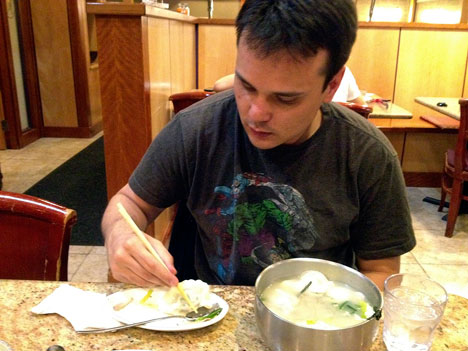 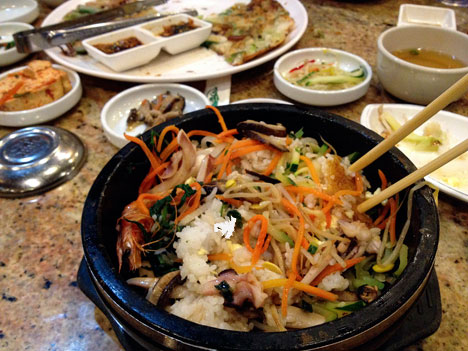 which i could not, for the life of me, even hope to finish. but you can bet that i took the rest home—i wasn’t leaving such delicious food to go to waste.

today we are packing up to move on to frederick, so i can teach at shalimar yarns tomorrow. then on saturday and sunday, i’ll be at fibre space in alexandria.

17 thoughts on “knitting in real time”