i’m trying to get everything in order around here before i take off for my rhinebeck trip on thursday. actually, kim is coming in from san diego wednesday evening, so i really want to be all done before then. therefore my weekend has mostly amounted to a lot of this and that, without much theme or focus. and gosh, darn it, it’s almost over already—how can that be?

to that end, i washed the other half of my sweater collection, and worked on getting some new design projects on the needles. unfortunately, not much success with that and nothing to show yet, but lots of progress eliminating ideas . . . for what that’s worth.

we also took time to have a little get-together last night. my very good friend beckie shares a birthday with david, and we usually celebrate together. but she was away for it this year so we decided to make a nice dinner for four last night and have our party a little late. 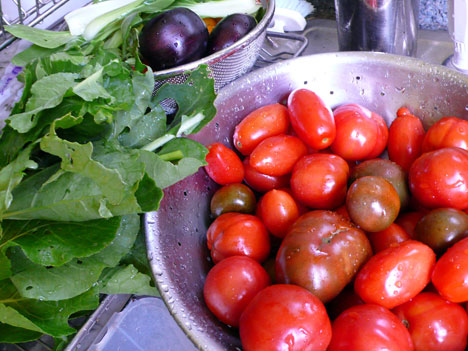 i cut some greens from the garden and the last (i think) of the eggplant, and beckie came over in the afternoon to cook curries with me. we chopped onions, peppers, potatoes, garlic, ginger to go with the roasted eggplant and tomatoes, and made a couple of different dishes.

it was so fun to spend time in the kitchen together, talking and talking—like we hadn’t seen each other in ages, but that’s what two weeks felt like while she was away.

we took a break to indulge in a little modeling session 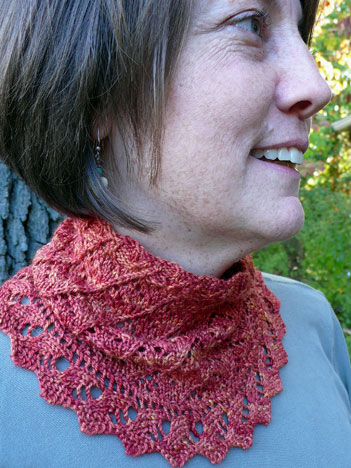 which worked out really well—isn’t she lovely? and she stands so still; she’s a natural.
and there was a gift for beckie . . . 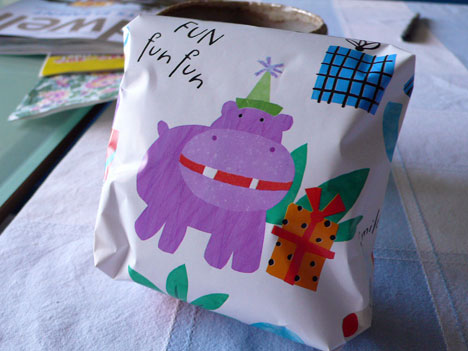 i have to admit i’m not much for making a big deal out of wrapping presents, even when i’ve put a lot of work into what’s inside. i used to be better at it, but now, my gifts look like a toddler wrapped them and i’m likely to shove it at the recipient and say “here”. 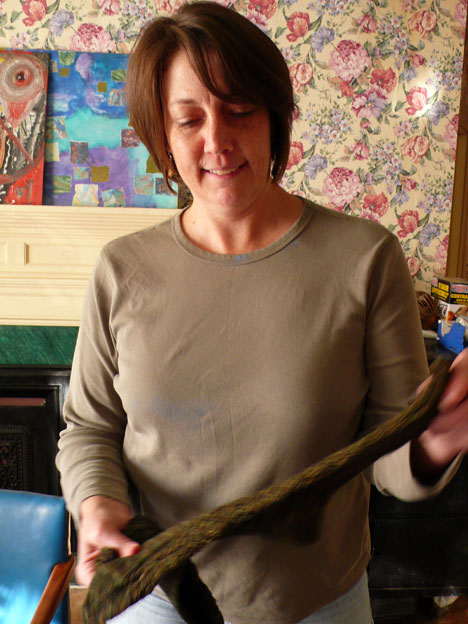 you might be able to tell that she got socks, but which ones? i’ve had this gift set aside for her for some time now; once i had them done i knew i wanted beckie to have them—as i knit them she commented over and over how much she liked the yarn and pattern together. 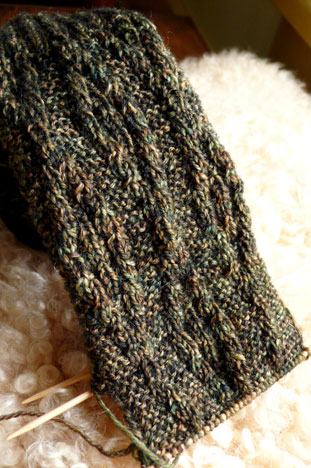 cozy cardigan socks (i should really knit myself a pair; i like them too)

then it was back to work in the kitchen. to round out the meal we ordered some appetizers from our favorite local indian restaurant. yum. we ate and talked late nto the evening; it was wonderful.

i’ve not had any luck getting something new on the needles (yet), but i have been working on my butternut scarf while i watch TV late at night and it’s growing 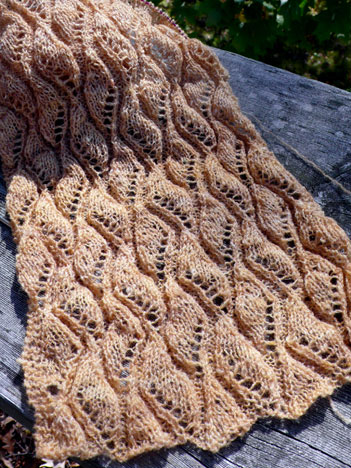 as promised, i remembered to take pictures of the pretty pattern formed on the reverse side 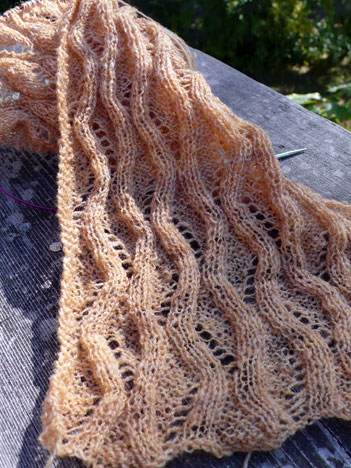 it doesn’t usually bother me to see the reverse of a lace pattern because they are often so interesting either way. still. it’s a nice surprise when it turns out that you can’t tell which is the back and which is the front.

and today, of course was spinning class. once again we had a really good one. 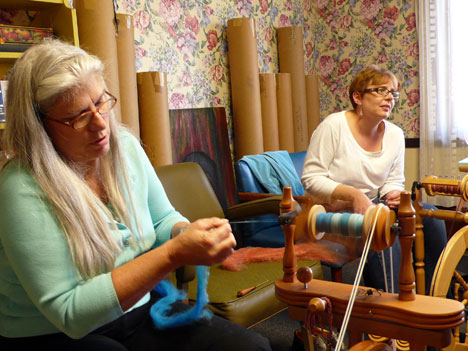 susan was back and looking very accomplished as she finished spinning up a small amount of variegated blue fiber. she’s been knitting baby hats with her handspun while she travels, which is a great way to use small amounts.

since she had only a bit of the blue fiber, she decided to ply it with some white to extend the yardage and make the blue a little lighter 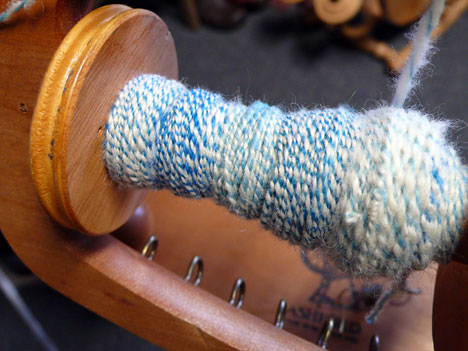 i think this is destined to be a hat for the grandson that is expected in a few months.

we explored navajo plying a little bit and will be working on that more in the future. i don’t have photos because, well, my hands were full as i was the one doing the plying, and everyone else was pretty intent on watching and deciding this was one technique they might want to do “some day” but probably not right now. hahaha.

it’s my fault really; i am not accomplished by any means at this type of plying, since i never use it. but now i’m intrigued and may practice up some to see if it is something i’d want to incorporate into my spinning ongoing.

alright now, time to go knit! and you know what happens when that happens, right? 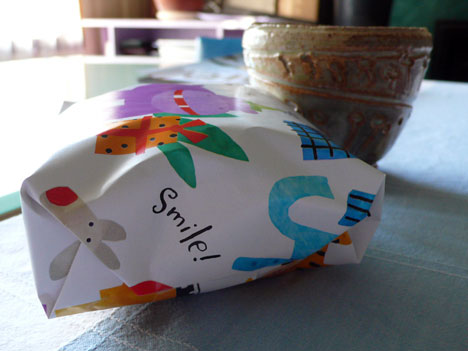