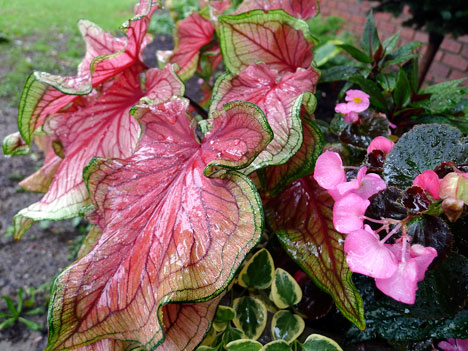 we are having the nicest rains for the last few days—after such a parched summer, they are a truly welcome and delicious pleasure. and they make for such nice knitting weather, too—in fact, i’m heading out as soon as i finish this post for a knitting date with debby and susie. 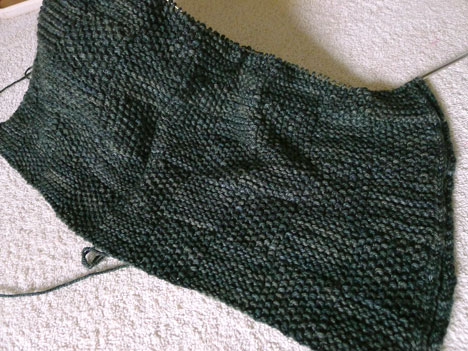 i’ll be bringing my bloch ness sweater project along; even though i had less time to knit these last couple of days, the back piece is growing through late night TV and knitting sessions (if i get to knit earlier in the evening, that time is devoted to wasp and rose or a secret project). i try to get at least one block knit before i conk out. 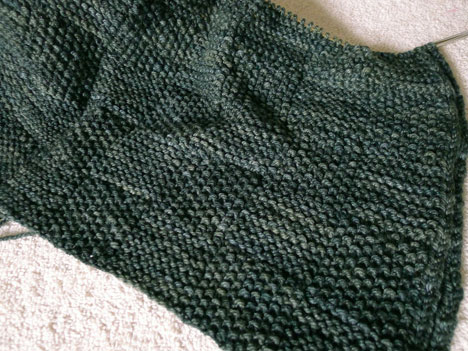 the texture is scrumptious, isn’t it? it looks like a very heavy fabric, but because i’m knitting it on larger needles, it’s actually pretty light and airy. it will be warm for sure, but not in a bulky sweater way.

the indigodragonfly polwarth silk DK is simply delightful to knit with—i love this stuff! it has the crisp stitch definition of a BFL yarn, but that silk content really gives it a nice drape and sheen as well. this would be a great yarn for a sweater with more stockinette; it would have such an elegant hand.

i’m hoping to get to the underarm bindoff this morning, yay. 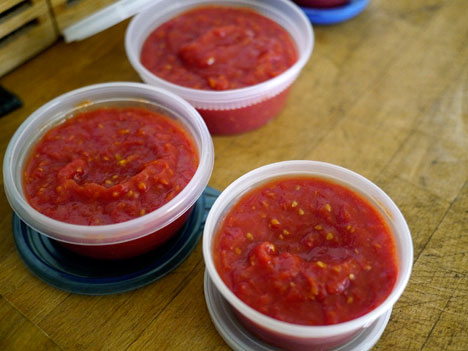 rainy weather is also a good time to catch up on kitchen duties that i tend to let slide when it’s very hot. for instance, i had a patio table top covered with ripe tomatoes for the better part of a week which i wanted to cook up. also i really wanted to dry the bowl of cherry tomatoes i had and to make paste with the roams i’d been collecting, but was loathe to heat the house up.

yesterday when i woke up, it was time—the temperature was quite cool and i had kept them waiting long enough. i cut everything i wanted to roast or dry in half and arranged them on baking sheets while i listened to my current audiobook. then into the oven they went.

you can read about how i dry and roast tomatoes in this older post. 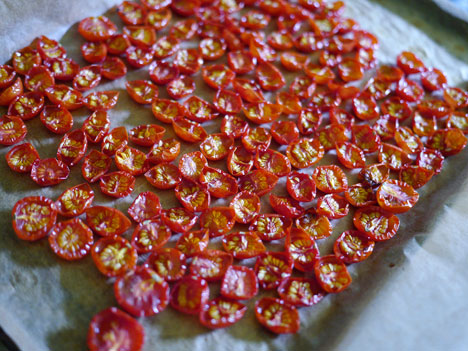 mmm, the results are better than candy—i swear. but if you don’t eat them all, they will reward you ten times over in winter when added by the handful to stews, soups, sauces, and salads. they are sunshine encapsulated. 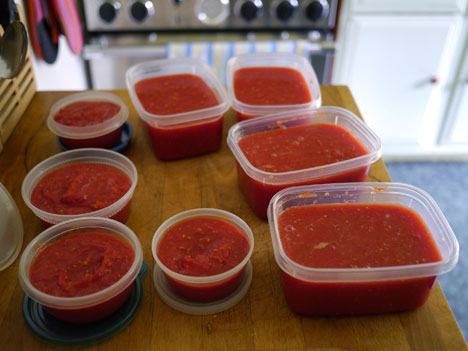 all of the big round tomatoes that were rip got cut into chunks and cooked a bit on the stove top, then pureed and put in freezer containers. i added four more to our freezer stash. the small containers are paste that i pureed from the roasted romas. 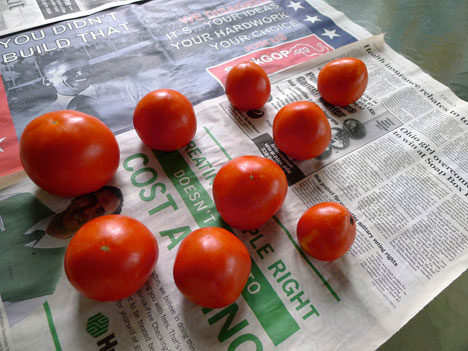 and so it goes—thee’s another batch already ripening as we speak. since i have lots of eggplant and squash and basil on hand, i think i’ll make a big pot of ratatouille tomorrow—some to eat this week and some to freeze. september is definitely shaping up to be tomato month after all, yay.

a good morning and all done by about 9:30, yay. still plenty of time to work on a pattern. 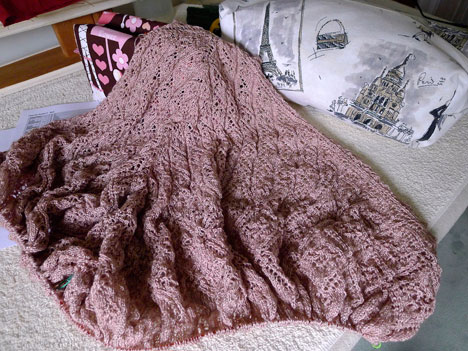 wasp and rose is finally with the proofreader—whose job i don’t really envy at all. it’s a long pattern—easy to knit, but many pages. all good on the receiving end, but kicking our butts on the creation end, haha.

that’s ok—problem children usually end up being the most brilliant, don’t they??
(please tell me yes)

ok, time for an impatiens update 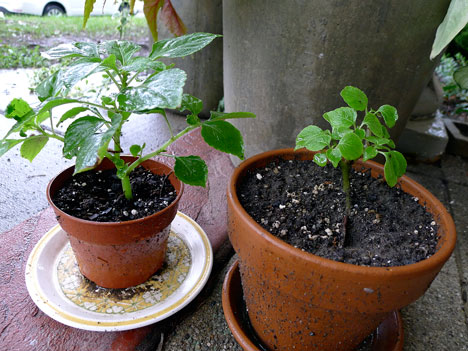 they are doing great! it was a really good idea to bring my mo’s start home to give my plants some incentive (that’s hers on the left and mine on the right, minus a couple more cutting i took this week). 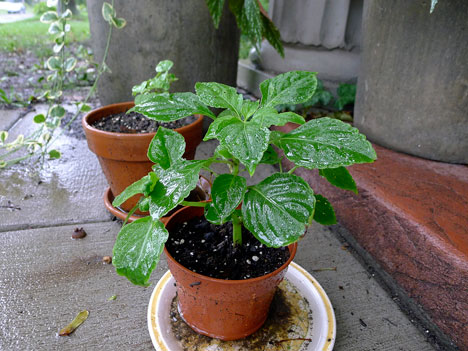 wow. hers has doubled in size i think since last week, when we brought it home.

mine isn’t as big, but it’s less leggy now 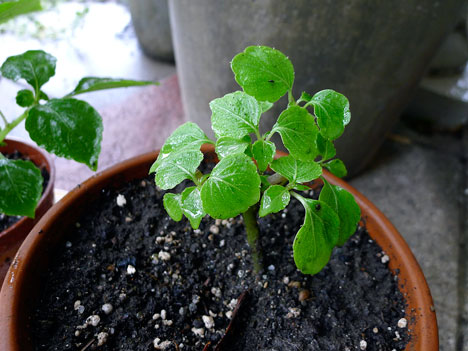 i cut back the lost parts for cuttings, which i’ve got started on the inside porch. this mother plant is now more symmetrical and i bet that in a week, it will look very nice, more like its neighbor there. 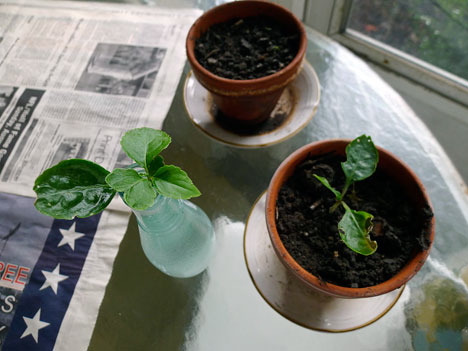 meanwhile, they just keep coming. soon i’ll have enough to start passing them around to whoever wants one and hopefully, we’ll keep them going through the winter.

i’m thinking we can get another 50 years out of these plants if we play our cards right.
ok, time for me to take off to knit; i may also get some of the last of the season peaches for baking on monday. have a great weekend.