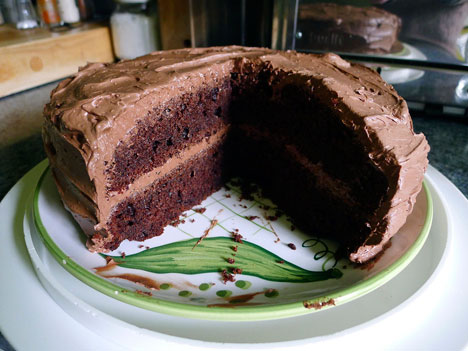 we had a nice birthday evening for david with sushi, cake, and some relaxation, though i did fall asleep on him around 2 am. oh well; long day for me . . . 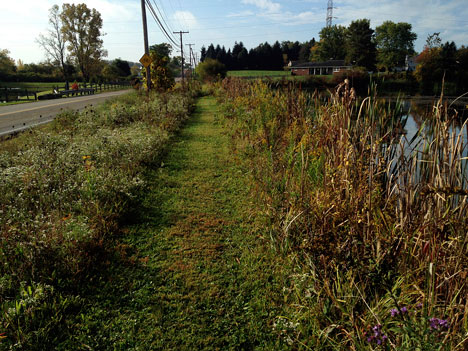 with full day at home, i had a lot to take care of, but i managed to get out for a run despite that. i wanted to have a look at the neighborhood to see if anything had changed in my absence. luckily, with the beautiful fall weather upon us, i can run at any time of the day; i don’t have to be on the road by 7 am to beat the heat.

while i was running, i ruminated about how it felt to be a tourist for one day in my own town and even my house—being home for such a short time makes me feel like a guest, but in a good way. haha—a guest who bakes . . . 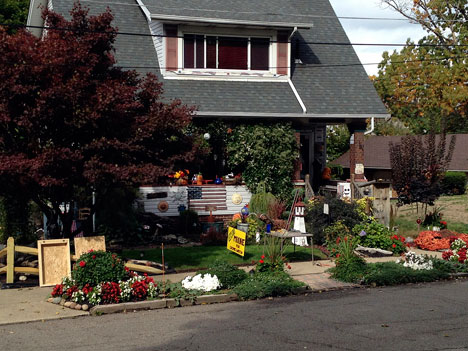 bret has begun to get ready for halloween in small ways, but he tells me the big decorating push will be over the next few days, so that at the end of the weekend, most of it should be up. (if you don’t know what i’m talking about, visit the halloween archives for any given year).

i told him that readers have been asking and he assures me it will be another good one.

i had a couple of appointments tuesday, david did some laundry, i repacked my suitcase and organized my teaching materials, and finally, worked on a pattern (but didn’t get as far on that as i wanted).

i also managed to get some knitting time in while we watched TV at night. david has started a new small (blue) project, so i wanted to make sure he was set up and had everything he needed to knit on it while i was away. i wish i had a picture; he looks so intent when he knits . .  . maybe when i get home i’ll get one.

i got everything completely ready to go for wednesday morning, so that i could get up early and get out for a bike ride 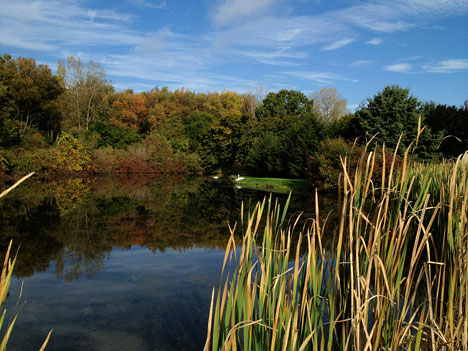 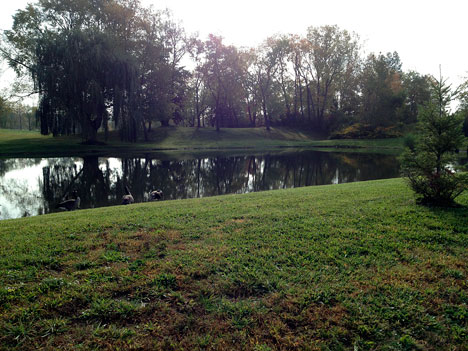 and the black swans (and geese) on the other.

anyway, after my ride, i showered fast, grabbed a protein shake and a coffee, and got back in the car to head for michigan, where i will be teaching at the briar rose yarn in the barn event this weekend.

first stop was erica’s house, where she had the car all packed to go. can you believe how much stuff it takes to take a baby to nana’s house these days?? 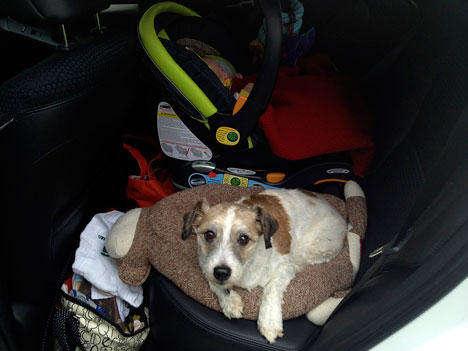 buddy is appalled. he gave up his front seat spot for me—thanks bud!
i will repay you with a nice long walk when we get back later this weekend.

in the car erica and i chatted about our plans for the upcoming barenaked 2013 club, as well as other knitspot business and i got to knit while she drove. 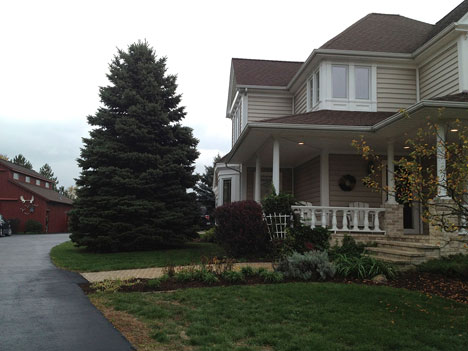 in about 2 hours, we found the briar rose compound and look—there is the barn at the end of the driveway. and guess what?? there IS yarn in the barn!

you should come on friday or saturday—it’s going to be a fun couple of days. see hours and information here