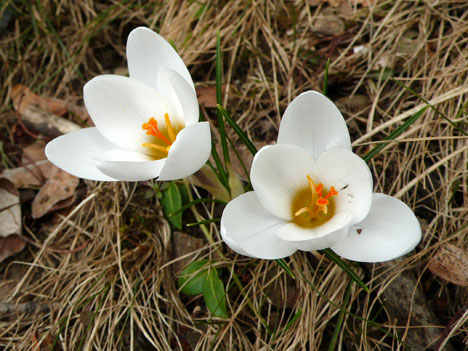 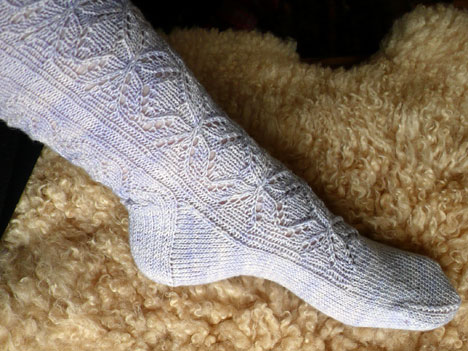 i wish we had purple and lavender ones coming in but i don’t see any of those yet. the darker flowers seem to come later, according to last year’s photo archives. anyway, even though the sock motif is frosty, it also looks flowery 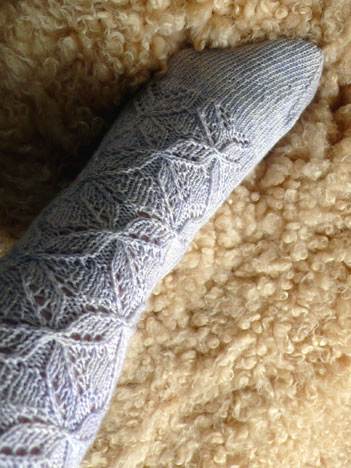 it was hard to get a really good angle on the motif, since i was taking the pictures myself, but it’s very sculptural and has lots of depth. i’ve been choosing lately to stop my lace patterning a little further from the toe because i find that more comfortable inside my shoes, but you could certainly extend the pattern as far as you like.

i finished up the coral gables scarf last night and stretched it out to block after my morning class today. the scarf is a little larger than most of the other little nothings—about 11 inches wide by 48 inches long—so it can be worn as standalone spring outerwear. 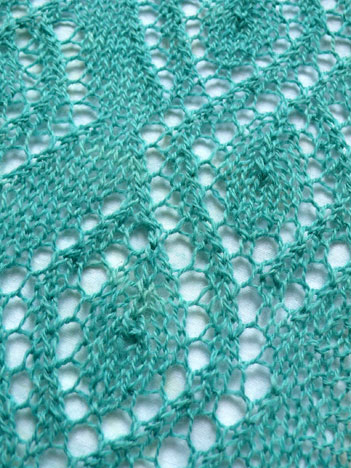 the yarn bloomed just the right amount during the soaking and became just a tad plumper. this is the beautiful prime merino lace from heather at shivaya naturals in a stunning turquoise colorway she calls ocean. 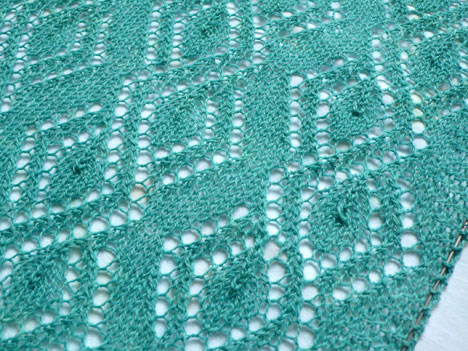 it strikes just the right tropical note for those of us who are looking for a diversion from winter grays. the pattern was created for the shivaya lace club’s april shipment, so it will be released in a couple of weeks when the club packages have gone out. 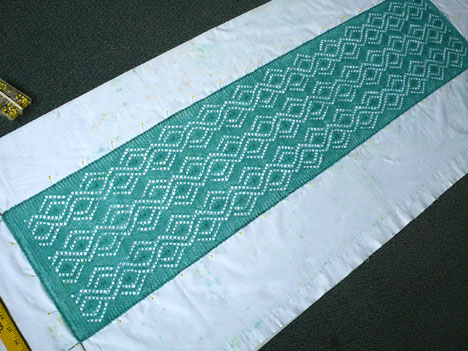 now that this scarf is finished, i’ve started swatching for the next one—another light, lacy piece in cashmere for deb’s fearless fibers lace club; something to complete the frost series.

i think i found just the right stitch pattern for the fern frost i’m hoping to recreate with this luscious cashmere laceweight (not yet available on deb’s site, but coming soon. she does have the sportweight cashmere there, though).

while browsing photos of all the little nothings the other day, i realized that i’ve never done one in a true green color—amazing. green is a color i am constantly drawn to in all its forms and i have to actively detour away from it sometimes, remembering that other colors do exist. but i really think a green little nothing is in order. i’m still going over the possibilities in my stash, but so far, i’ve sort-of latched onto this one 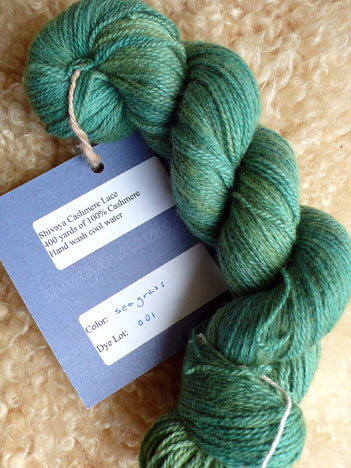 as ideal—at least for the moment. it’s shivaya cashmere laceweight, colorway seagrass, which has nice, crisp, cool green tones. i sorta wih i had chosen this for the coral gables scarf, actually—the motif would look like new pea vines in this green. maybe i’ll be able to find another motif for the pea vines . . .

for the first time in months i’m sort-of on top of my workload—that is, my pattern writing has caught up with my knitting, more or less. yes, it’s a slippery slope to say that i’m caught up, and it will only last a few minutes—nevertheless, i’m feelin’ the freedom in it (very dangerous . . . can’t you just see a bout of overcommitment coming on? stayed tuned for a blubbering meltdown . . .).

so i’m thinking that this coming week i’ll work on the pattern for the tartan sweater i knit back in september (can’t believe it’s been that long already). it’s a challenging project for me, which is why i’ve waited—i needed time and quiet to completely focus on the sizing aspect of the pattern.

while i do have a few socks on the needles to finish up, i decided this morning to resuscitate a rather ancient WIP (ok, maybe it’s a UFO at this point) to work on in classes today. 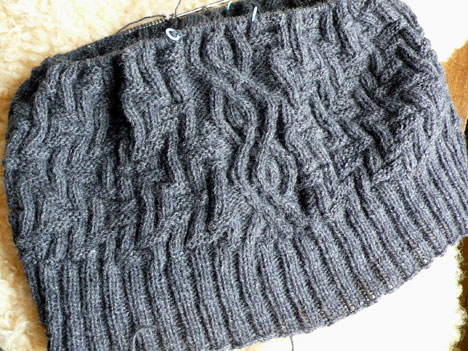 i started this sweater about three years ago with every intention of finishing it up quickly. heh. i dunno what it was with this project; every time i revisited it over the last couple fo years i had a hard time getting into it. the dark, slightly-fuzzy yarn (now discontinued) makes it hard to see the stitches, so working on it at night is nearly impossible for me. and daylight knitting time is pretty scarce around here, thus progress has been nil. but . . it’s too far along to bag it now; i can’t bear to rip it out, either.

so i decided that, even if i only work on it during class hours once a week when the light is good, it’d be more knitting than i’ve accomplished by keeping it in a bag near my knitting chair. and i’ve managed to stick to my spinning projects in much the same manner, so hopefully, i’ll be successful with my newest strategy for it.

just today i put a couple of inches on it—so far, so good. may the force be with me.