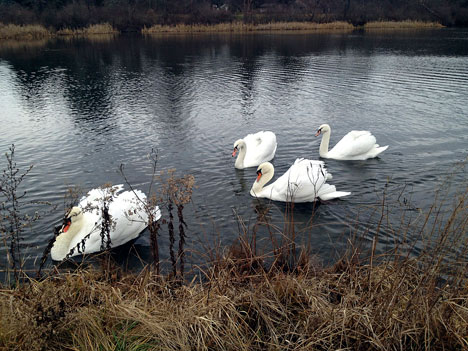 the other day, it was gray and overcast but not yet rainy, so i headed out on my bike while i had the chance. as i rode by the swan ponds, i noticed how striking the colors are now in comparison to the last time i showed you pictures from there.

and look how big the swan babies have gotten—wow! i don’t know where the other two or three siblings have gotten off to but since they were all there not too long ago, i don’t think they’ve met any harm, just went off to other homes (i hope). 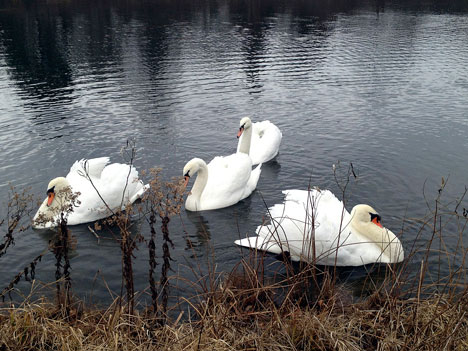 the whole family swam over and milled about right under where i stood, even though i was trying to keep a respectable distance. they really are stunning, those white ones. 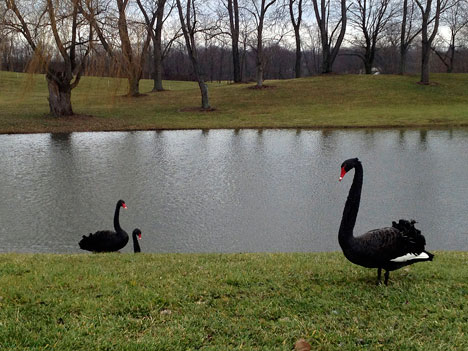 across the road, the black ones are their usual ornery selves. while i stood well outside the fencing, the male ran right up as if i were encroaching on his safety zone. 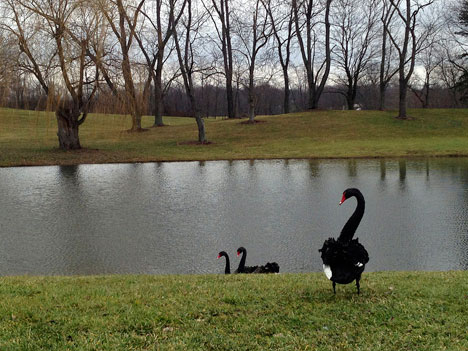 standing guard over the girls

until at last it was time for him to gave me a good look at his nasty behind.
they do live in the prettiest setting though, don’t they?

back on my bike, i explored a fairly new recreational path that the county has put a lot of effort into over the last year, which joins up several city park and parallels the old rail lines that run through them. it even goes through a vineyard. now one can run or ride from downtown (where we live) all the way up to who knows where. but more importantly, i can ride the equivalent of my usual in-town routes on the traffic free (and prettier) towpath. i still like my neighborhood rides, but this will be a nice change of scenery on afternoons when traffic is heavy.

back home, i felt refreshed and inspired by having ridden someplace new and i spent the remainder of the day actually involved in knitting activities, which i sorely need to do more of.

i had put the squeeze me cowl on to soak before i went out, so after a shower, i took it out of the water, reshaped it, and laid it out to dry. turning and reshaping frequently is important to get a piece like this to come back to life after a bath, so i put it in a spot that i pass frequently and worked it over every hour or so as it dried 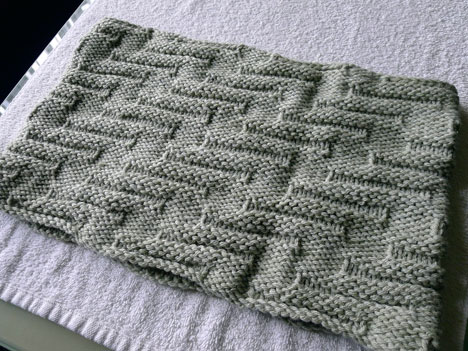 the wrong side is as interesting as the right side, maybe even more so. yay; we love reversible knits, don’t we? 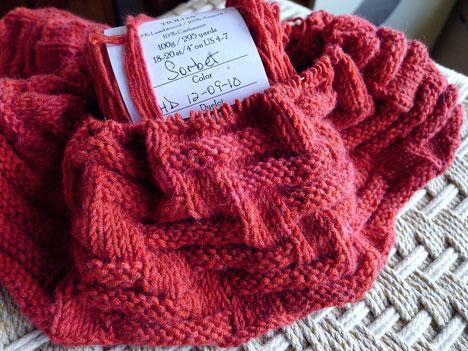 i’m about half finished with the longer version i’ve got on the needles, but i had to put it aside all day yesterday in favor of working on a secret project. tonight, i’ll get back on it in the hopes of having it finished by the weekend. 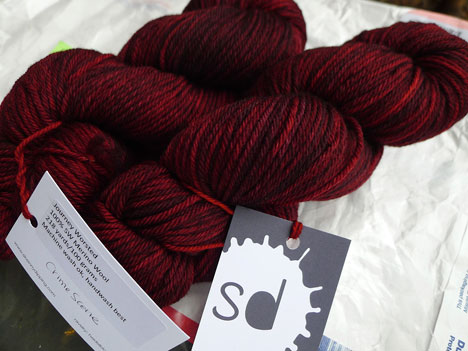 and remember that gorgeous journey worsted yarn from skeinny dipping that i talked about the other day in colorway crime scene?

well, christine has created a custom order listing in her etsy shop if you want some in this colorway. they are going very fast; she had thirty yesterday and at this writing there are thirteen left. but she’s also listed some yummy cashmerino DK that would work equally well. and if, after all that, red just isn’t your color, click here see many more of her gorgeous colorways. 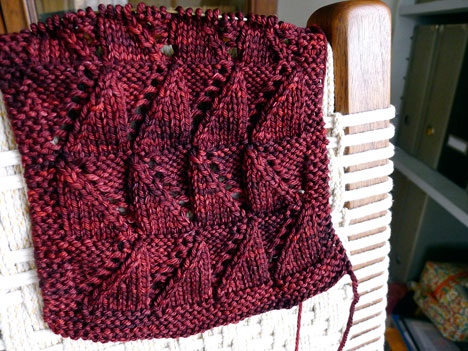 anyway, after i finished my blog post the other night i got right on it and did some swatches for the red scarf. i found a pattern right away that i love, which reminds me of ski slopes.

this is the scarf yesterday morning 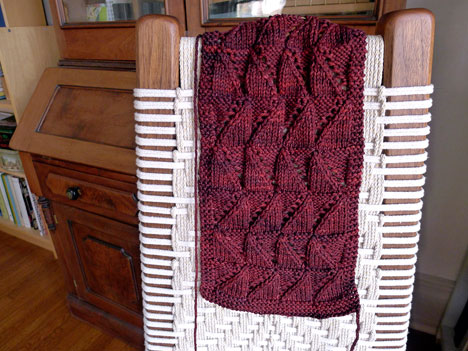 and this is the scarf yesterday afternoon—it goes so quick; double yay!

hey, you wanna see something that will make you like this scarf even better than all that other stuff? ready?? 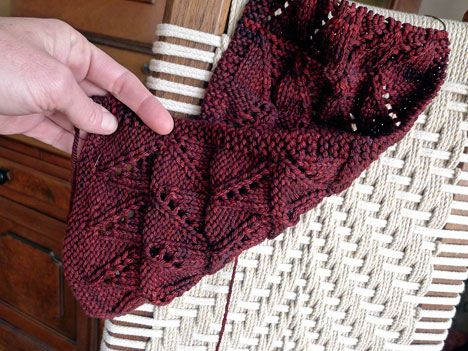 barb was over last night and liked the look of it so much that she cast on right away for the cowl version with some shalimar honey worsted in the dirty jeans colorway (yep, there’s a cowl version, too).

we’ll have this pattern ready for a monday release. and same as last year, all proceeds from its sales through the last day of december will be applied to our knitspot red scarf scholarship. we’ll fill you in on all the details on release day . . .

until then, happy holiday knitting; i’ll be back with more in a couple of days . . .

10 thoughts on “the back story”