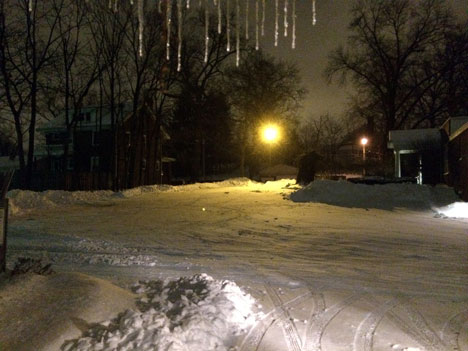 haha, this was the view from inside the garage when i got home from the airport the other night—it was snowing again and frigidly cold; a FAR CRY from what i left behind in san diego 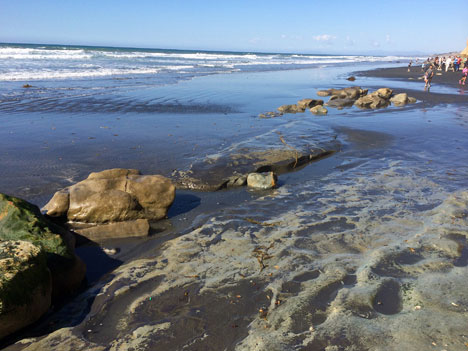 i could weep. there should be a law against such an abrupt thrust back into reality.

i can’t complain though; i am very, very lucky to have had that reenergizing week of sun and sea. and i missed david; it’s good to be back home with him! 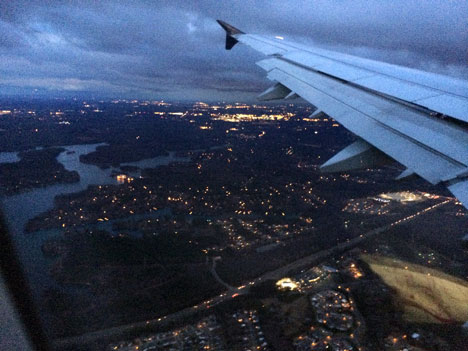 luckily, my flights home went pretty smoothly; i know many people experienced delays that day because of the snow, but i was traveling just enough behind the storm that things were almost completely back on schedule at each of my stops. and because i knit, a short delay in charlotte was passed contentedly with needles in hand. 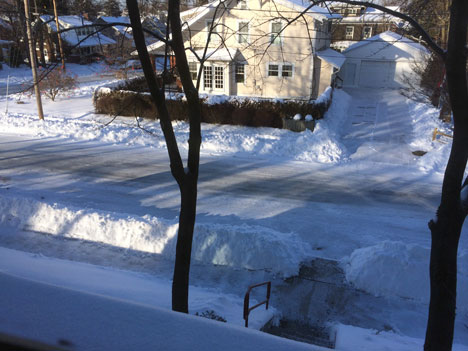 the next morning, i got a much better idea of the amount of accumulation we were talking about—wow, those snowbanks are high (about four feet). and since i’ve been home there has been more. much more 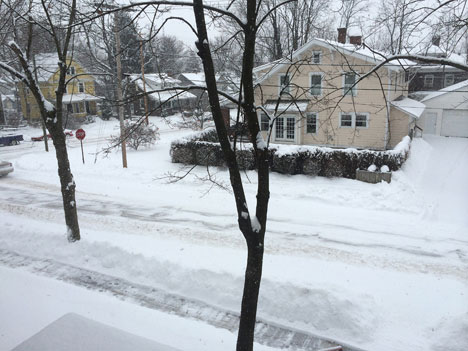 poor david can hardly keep up with he shoveling and i think the city has given up entirely on plowing our back street, where we access our garage. bigger fish to clean elsewhere, i imagine, haha. 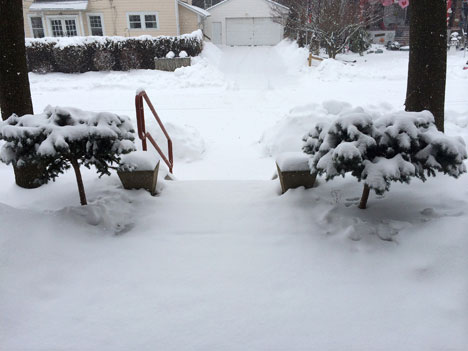 yesterday it snowed and snowed, but on the other hand, temperatures rose to an absolutely balmy twenty-six degrees in the afternoon. we haven’t seen highs like that in weeks; there were even a few runners out taking advantage of the heat (unfortunately, not me; i am fighting off a sore throat and so far, winning by a just hair. better to stay in and work on my chapter).

it was very short lived, however; this morning we are back to low single digit temperatures. which makes me want to stay inside my house, knitting and cooking until april.

speaking of which, i got a considerable amount of knitting done while i was gone and during my travels home as well. i got everything finalized for the first shipment of our 2014 bare naked knitspot club—and i think i’m in love all over again. 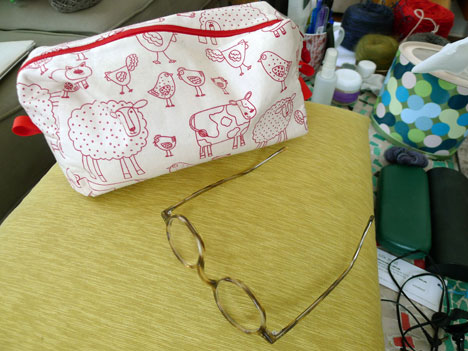 the contents of this bag are so squishalicious, i can hardly contain myself. it’s all i can do to keep from sharing it, but i think i can manage to hold out for the remaining few days before the USA shipments go out. soon, every yarn member will have some of their own to squeeze and i can’t. wait.

in fact, i’m really excited about the whole year we have planned—we’ve got a great mix of special exclusives custom spun from domestically raised heritage breeds, along with several rare exotics from across the globe. we are pulling on backpacks and lacing up climbing boots, packing mosquito netting and phrase books for our year-long, worldwide fiber adventure. interested in joining us ? lucky you—we still have a few spots left. 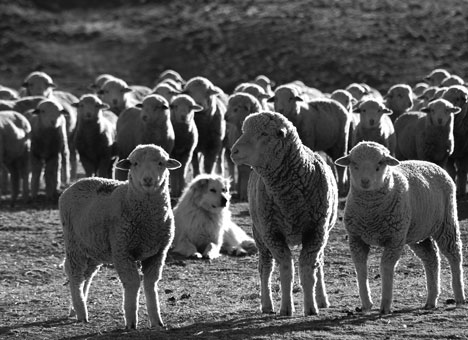 want to upgrade from an eBook only membership—no problemo; david will be happy to cash in your eBook membership and get you set up with a yarn membership. with a swinging’ ravelry group group dedicated to bare naked club activities, you can’t help but enjoy yourself while knitting the projects and making new friends. 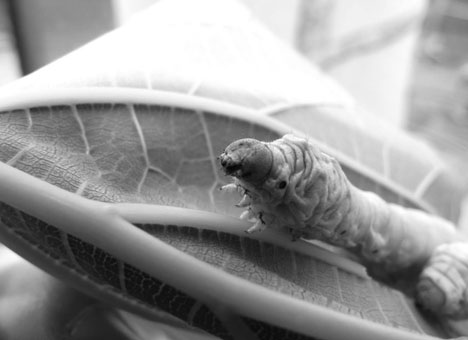 (yes, even the crawly kind)

and oh, do we have some terrific projects planned to go with each delicious selection. as with all of our club shipments, you will often have several options for using your yarn (last year for instance, we included fourteen patterns from start to finish). 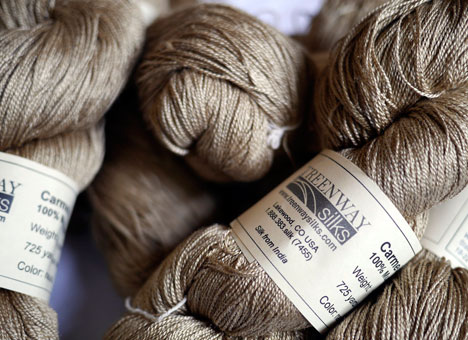 in fact, many members find themselves wishing they had extra yarn to knit more of the items offered, so we came up with a solution for that—the double dip. while supplies last, david can upgrade you from single to double—just say the word and he’ll make it happen for you. signups for yarn memberships will extend to the last day of february or until supplies last, whichever comes first.

sigh, just one more week til the first chapter release . . .

while finalizing club projects was my first priority, i also worked on other knitting, though i did not get as much done on those as i’d hoped—too many field trips to the beach (but do you blame me?). and of course, spending time with kim before she goes and gets hitched next month was the most important purpose of my trip. 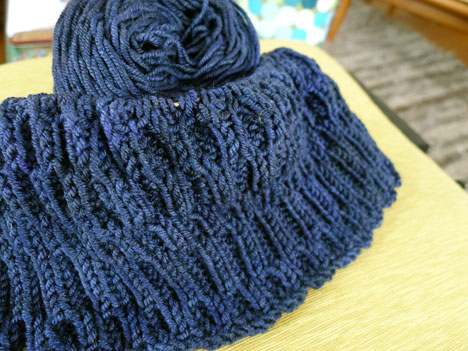 we had some great evenings together to knit and chat, spending time with the boys. portable projects turned out to be best during this trip—i worked on my spirit trail op-art cowl in verdande worsted—i just love the way this one is turning out; the yarn is so silky and smooth, it’s going be lovely. and soon it’ll be off the needles; i don’t have munch left to go.

all my big plans to finish my sea pearl sweater? ooops. like so much dust—blowing in the wind. i am really hoping that with the club going to an every-other-month schedule, i will now have time to get the bigger projects off the needles more efficiently. some of them i can hand over to a test knitter, but this one, not so much; i really needed to make this one myself to understand how to write up the pattern. which is also nearly done, though not quite. 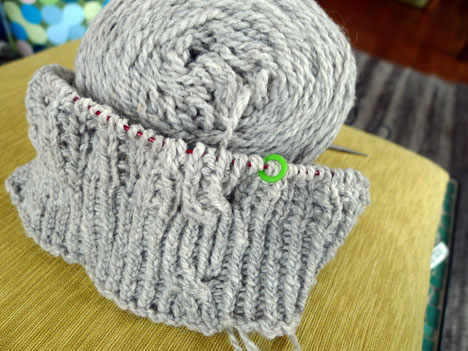 and i totally thought i’d knock this hat out with barely an effort during my trip, but not so! sure i took it everywhere, tucked into my bag “just in case”. and sure, i took it out during each commute to knit a few rows, but guess what? i know you will find this completely shocking, but it turns out kim and i love to talk and when we do, i often forget all about the knitting in my hands and just chatter on as if i don’t have to work for a living.

no worries though; i’ll get this done ASAP now that i’m home again. between class time and TV knitting, i should be able to do it in the next couple of days. 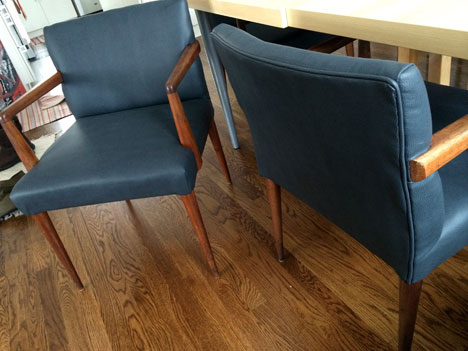 several other surprises were waiting when i returned home, aside from the weather (which is really more in the category of “shocking” than surprising, heh). the dining room chairs that we picked up years ago for a couple bucks from our local reStore have had a trip to the upholsterer and now sport a classy, charcoal gray suit of clothing (much less blue in person than they appear here)

also, no more garish burnt orange sofa—that too has had a re-do to bring out its inner metrosexual. david found a large table solution at ikea that will work for the time being; our new living space is starting to a bit more pulled together together.
(yes, i bug him every week about writing up his big reveal post, but he claims he has writer’s block on the subject and can’t come up with an angle.) 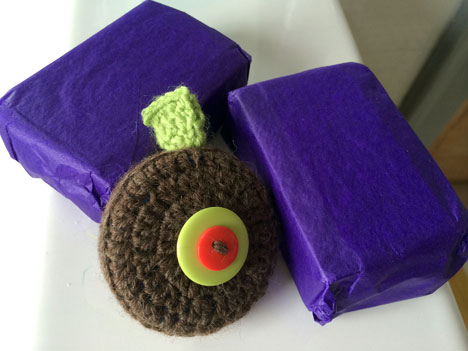 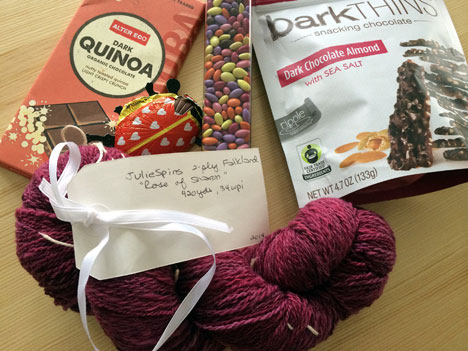 and one from my friend phoebe too; she has remembered my favorite day with a lovely package each year in recent memory. she fills it with a delicious assortment of chocolate treats and a hank of her handspun yarn—now that is above and beyond, isn’t it? the yarn is the most beautiful rose color, very attractive and there is enough to knit a shawlette; i really love it. i use those little triangles a lot, so it is just a matter of deciding which one to knit—maybe the new bay leaf and lime . . . 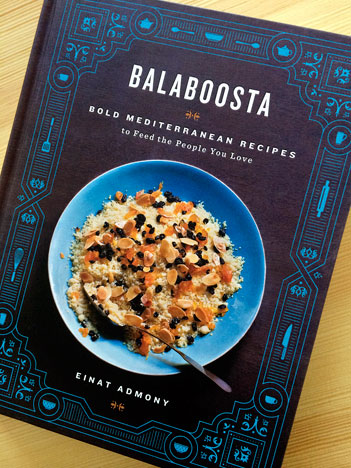 and i wasn’t home but  a few hours when UPS came to the door with this terrific cookbook from nancy. we went to this restaurant with cathy and agnes while i was visiting NYC a couple of weeks ago and they could not stop talking about all the great recipes they’d been making from the book. so i put it on my mental list to acquire but of course, had not gotten around to purchasing it yet. i am thrilled to have received it now, yay. i gotta tell you—i cannot stop looking at it; i want to cook everything. the recipes are very accessible, too; they do not call for a lot of hard to get spices or ingredients.

what a great birthday; it’s nice when it’s spread out a bit by necessity. 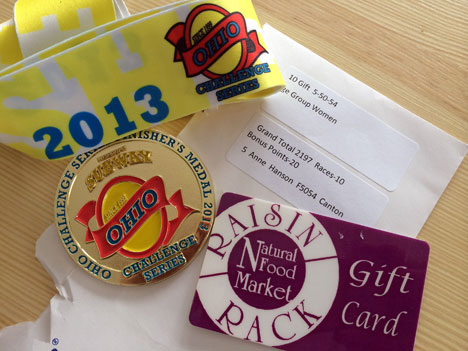 then on saturday, one last surprise, not really related to my birthday, but it still felt like it a little. i won a prize in our running league last year and didn’t know it. the league banquet was in december and i planned to go but my intentions were waylaid due to a spur of the moment fiber expedition. well, i needed to go look at the fiber as it was for our club, but it was seven hours away so i had to ditch the running banquet. i had no idea i was even in the running for a place, but i took fifth in my age group overall for the whole year (50 to 54 is actually a pretty large age class in our league, so i wasn’t at all expecting this).

the coolest thing is that i won a gift card for the grocery store where we shop most frequently. yay for running; it’s literally paying off, haha.

ok, well that is all i’ve got for today; i hope you are staying warm (warmer than me) and enjoying your present knitting endeavors. it’s possible that it’s too late to join a team for the winter ravellenics, but you are always welcome ton knit along with us in our knitspot mothership group, where our ravellenics thread is hopping.

and if competition isn’t your thing, well then, we’ve got a nice comfy, relaxing, and educational club adventure that might suit you perfectly—check it out! 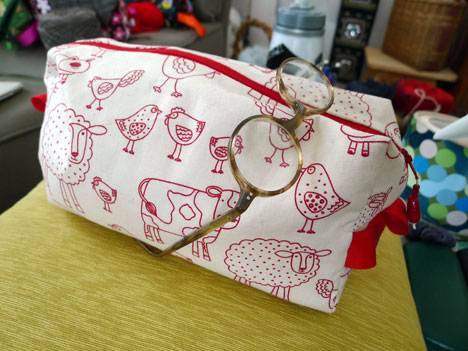 16 thoughts on “there should be a law”