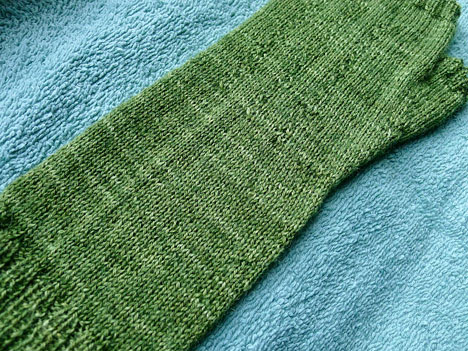 sigh, i just love me a knit that’s fresh from the bath—so silky, so soft—feels lovely next to the skin. it’s the small luxury that keeps on giving; that much is clear as i observe it being pulled on by knitter after knitter at my class table. 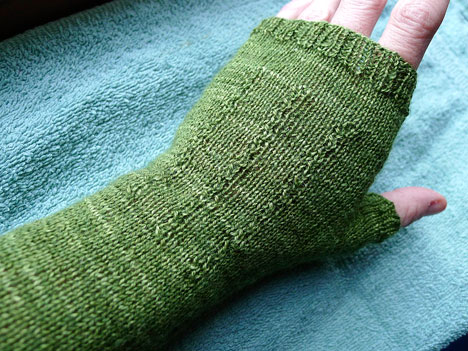 i couldn’t be happier with the way this turned out. initially, i thought that the laceweight BFL and silk from fearless fibers might be just a tad too thin or wiry to hold its own in plain stockinette fabric.

and indeed, when observed right off the needles, the texture was questionable. love is blind however, and i was smitten by this mellifluous green color—no way was i giving up that easily. i was betting on a strong finish. 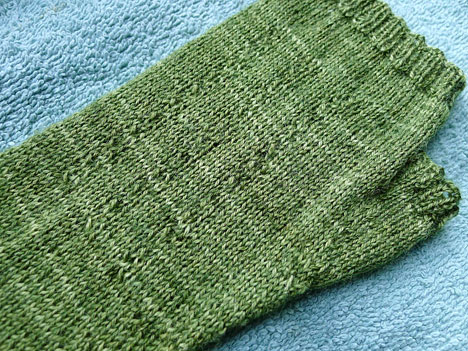 sure enough, it bloomed in the bath as fiber is wont to do, the stitches expanded and filled out, and the surface smoothed to a perfect expanse of green, glowing with inner light and broken only by the texture of a subtle stitch pattern along the back. 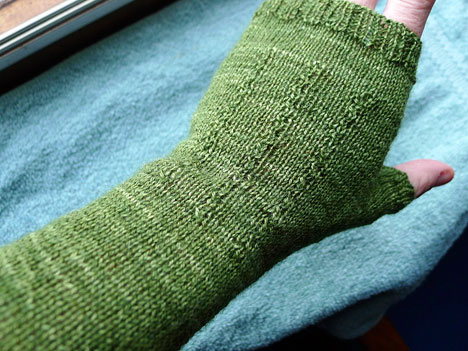 these gloves feel like a silk slip for my hands—just what i was after.
i immediately cast on for one more sample, to show off the alternate stitch pattern of openwork faggoting.

the pattern went to the proofreader today, so we should be all set to release it once i have that off the needles.

all of my other five or six knitting projects are secret, but i can tell you a funny baking story if you like . . .

last friday, when erica was on her way to ohio, i realized around noon that i had time to make a pie for dinner that night. i made up the crust and put it in the fridge to chill, got the berries out of the freezer, and then decided that if i had all the parts ready, i could bake it after dinner and it would still be warm when we ate it later in the evening. so far so good.

i’ve been baking pies with frozen blueberries all winter and it’s been rather an adventure to get the timing right, but i thought i had it down. i put the pie into a hot oven and let it bake away while we worked after dinner. since i’d put a top crust on it, i couldn’t exactly see the filling, but when it bubbled out the vents at the top and looked brown on the top and bottom, i figured it was done. 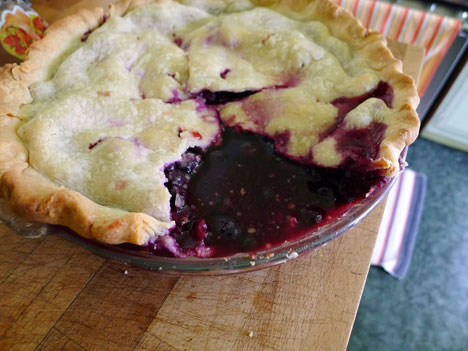 uhhh, apparently not.
when we cut it a half hour later, the filling was still liquid and the berries, though hot, were underdone and a bit tart. awwww—phooey. 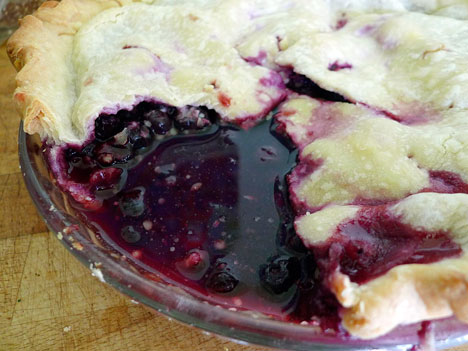 well, erica ate her piece, but after that, the poor thing just sat in the fridge the rest of the weekend. now, you know i hate throwing anything away, but i especially hate throwing out food. i kept thinking i should try to do something with it, but what?

on monday morning after she took off, i had an idea—what about whipping up a blueberry crisp for the afternoon knitting class? they love everything as long as it’s called dessert . . .

i carefully removed the top crust, which came off in just a couple of pieces. i set those aside as i was considering using them in the crumble topping. (i later thought better of this, but i might try it another time).

i then poured the pie filling into a glass dish, which i’d coated with butter and cooking spray. 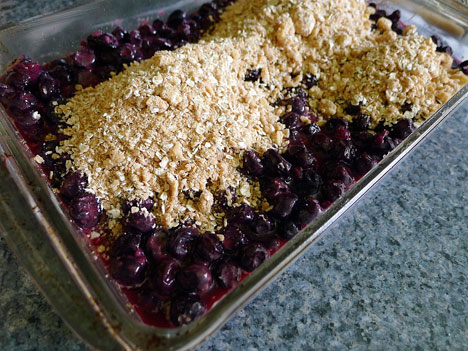 the topping is your classic crisp: oats, flour, brown sugar, cinnamon, and butter, piled generously on top. into a hot oven it goes and in about twenty minutes, it was done. 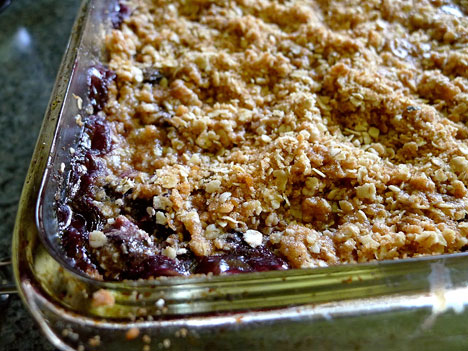 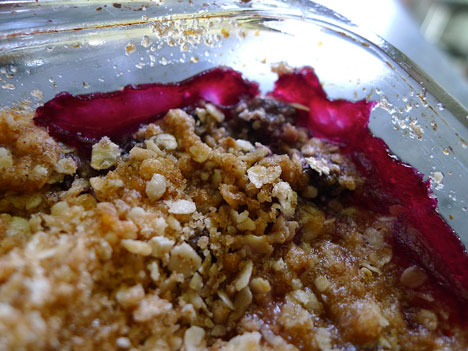 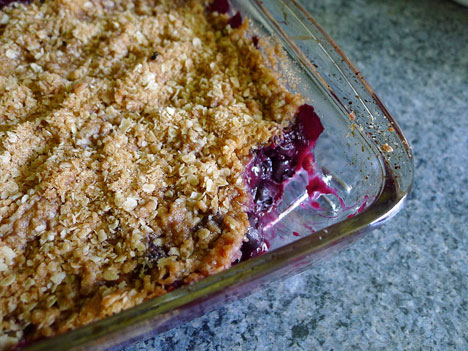 i couldn’t help digging into a corner just to be sure it worked. and do you know that those darn berries set up like a dream, just to taunt me? it looks like a photo from a cook book.

when i asked if anyone would like a warm fruit dessert they all looked at me like i was crazy . . uh, YES?

as i was passing it around i told them the back story; it wouldn’t be an anne dessert without some drama, after all.

when i was finished telling it, anne c. just looked at me and said (through a mouthful of dessert), “you mean to tell me that we’re eating re-purposed pie???”

we all burst out laughing and helped ourselves to another bite.

28 thoughts on “today, a different green”