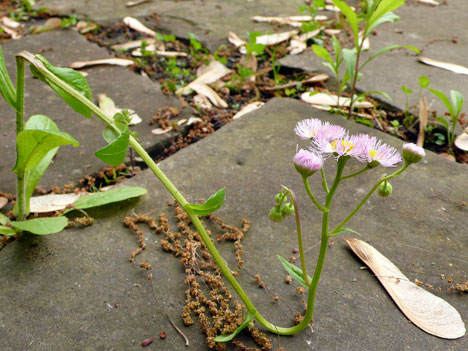 a wise weed once said: “when your stem weakens, lean on a rock and get on with it.”

i have no idea what this weed is, but suddenly, this year, we are overrun with it between the pavers out back. and since we don’t have tons of time to deal with weeds this week, they are blooming. and they’ve turned out to be so pretty, now i don’t want to pull them out. sigh.

we are destined to have a city wilderness out there. 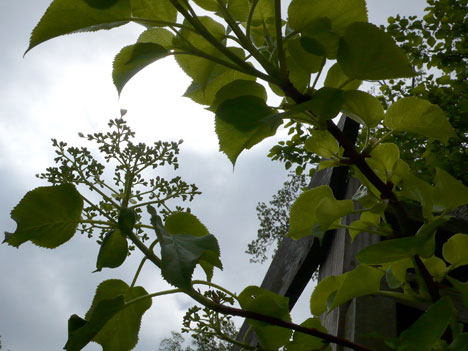 ugh, we are in the second week of gray, drizzly, chilly weather. typical month of may in NE ohio.
i wonder if i’ll ever get used to it; in NYC (where i used to live) may is one of the two most dazzlng months of the year (the other being october). i enjoy NYC throughout the year, but i think anyone who lives there will agree there is a certain joie vivante in the air during those months, and sadly, though i instinctually prepare for it each year, i haven’t experienced it in ohio. no matter—july and august are splendid here.

still i tried to find a couple of things in the yard to perk me up. there’s been a tremendous slowdown in new growth out there, so there’s not much emerging now 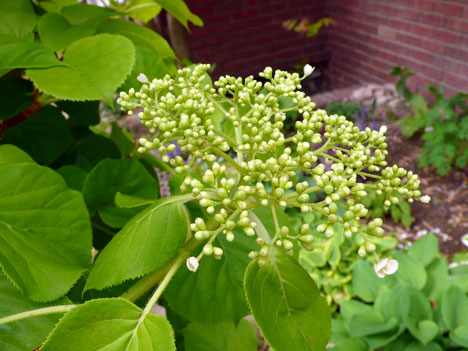 these hydrangea buds on my climber are just beginning to open. and that weed up there.
we still don’t have our vegetable garden in but we’re working on it. by the end of the weekend we should be done, and then there will be lots to keep an eye on as the plants grow, flower, and bear fruit.

but i did get a few good shots of this, which has been chasing off the chill and gloom 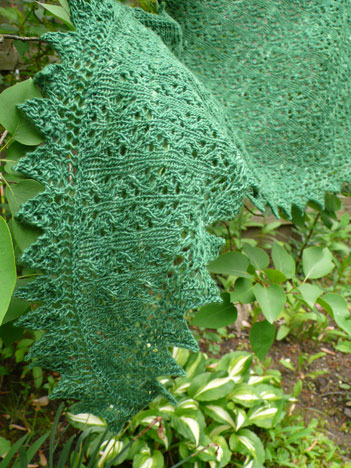 this beauty arrived yesterday from jocelyn. how incredible is that?? and these photos really don’t show off the richness of that green to its proper advantage.
jocelyn and i decided to gift our star shawls to each other, after we’d finished them . . . isn’t that cool? i love that sort of exchange; we’ve been working together for a while now so it feels extra-special to know that we each have something the other has knit. 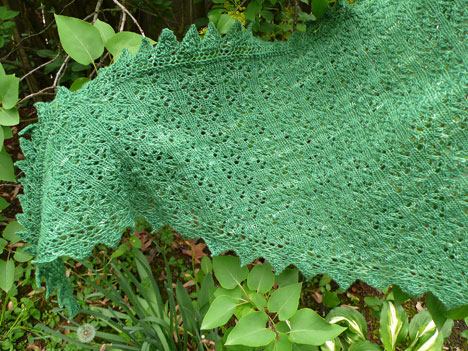 and in an oddly wonderful turn of coincidence, she received my package yesterday too, so we even got to celebrate together.

yesterday in class i worked on the second diamond sock—no, i haven’t finished the first (not even close!), but while knitting the first one i began wondering if the stitch motif would look better flipped in the opposite direction, 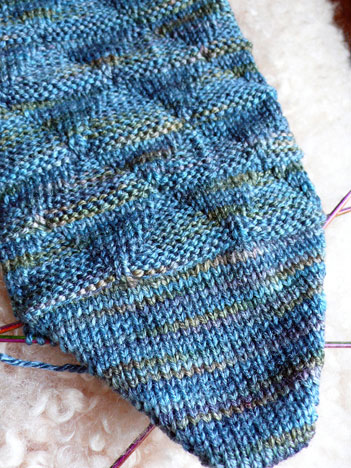 here is the first sock, on which i have now completed the heel. see how the purls form a ridge at the top of the stockinette heel? it makes a nice contrast. flipping the pattern will change the look and place stockinette points at the top of the heel, which might be more flattering to the ankle than that purl ridge running straight across (i have thick ankles so i’m sensitive about these things . . .).

i decided i really needed to know right away which i’d like better, and started the second one to get a comparison. in my mind (sorry to mention the scary place), i like the second one better already, but i’m trying not to be biased.

(BTW, steve says: “now that’s a sock.” he probably doesn’t give a whit about which end of the motif is up, but i’m happy that he’s happy.)
i haven’t gotten to the heel yet but already there are a couple of things i like better. with the purl-end up the motif makes a much nicer contrast and transition from the ribbing than in sock #1 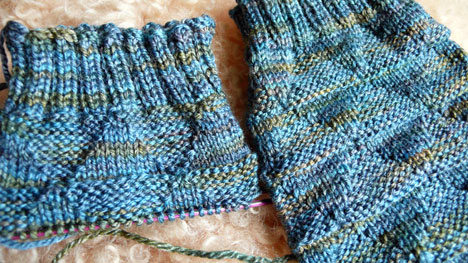 which then makes the little stockinette pyramids really pop. so on that alone i made the decision to write the patten with the motif reversed. my only concern is that at the toe it might look a little blah, but actually i’m not THAT concerned. the stockinette points will make up for it.

ok, now that i revealed how very much indeed i think about knitting stitches throughout the day (and night), and actually catch myself conversing to myself about and with them, i feel like i’m standing here in my underwear, so maybe we should move on to the next item.

i started a scarf. a deep, squishy, yummy, warm one . . . this is what this weather is doing to me. i’m knitting with the same (luscious) yarn and stitch motifs as the mitts i finished the other day . . . it will be a lot more stunning when it gets longer.

the first caterpillar sock is almost done, but i’ll save that til tomorrow. i am spending most of the day writing a pattern for a big project that remains unnamed. and thinking about another big project i CAN talk about to be started soon. then this evening i am going to knit with my buddies (and greatly looking forward to getting away from the computer).

ok, time to get back to the drawing board. 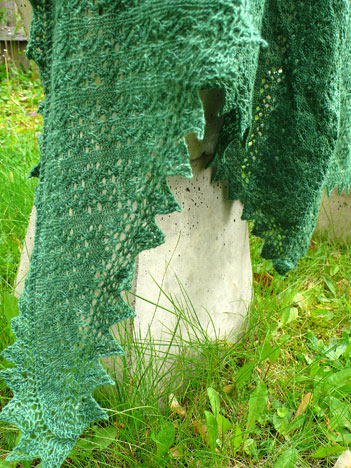 41 thoughts on “tenacity and adaptation”