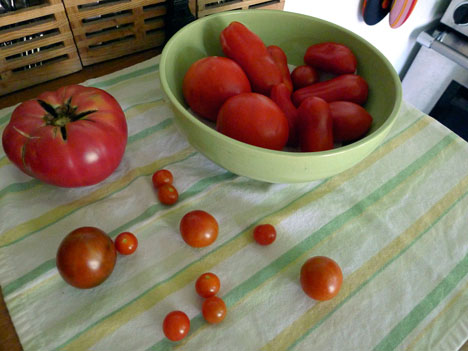 tomorrow we head out for a visit with my mom in albany and of course, the garden has chosen just this time to give forth of ripe tomatoes. we’ve been waiting all summer for the generous quantity on the vine to ripen, but they did not . . . until now.

hot as it’s been, the weather did nothing to push them and when i checked with my friend kris who gave me the plants, hers are behaving the same. so hopefully, we just ended up with very late-maturing varieties and we’ll be hit with an abundant production after labor day (september can be an excellent month for tomatoes).

i put up a few quarts of our own this week, but now i have this little bowl full and i’m not sure whether to cook them down or take them along on the trip. i guess i could get a quart or two out of that . . maybe after dinner i’ll work on it.

i know—i’m obsessing. but with everything else all squared away (even the laundry!), it feels funny to leave one thing hanging. 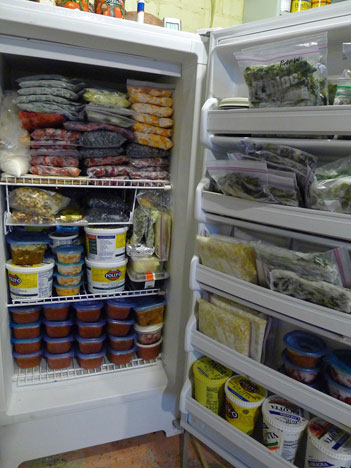 we have been busy though; green beans are still producing in basketfuls and  yesterday i put up the last of what we’ll need (we’ll eat some fresh and give the rest away), along with some more peaches and when i went downstairs to squeeze them into the freezer i snapped a photo to share. because we added fruits to our stores this year we are full already, even though it’s only august. we still need to put up more tomatoes and then all the fall soups and sauces. hmm, looks like when we return, we’ll be shopping the labor day sales for an additional small freezer.

anyway, off we go tomorrow and i won’t have to think about the garden and its produce for a few days. i’m going to enjoy some extended knitting and pattern writing time, as well as getting out for some fun with my mom. 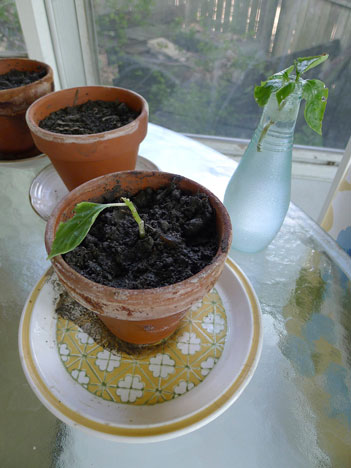 one thing i’m packing into the car is this impatiens start. i’ve been working all summer on propagating cuttings from the one remaining plant we had. all of my mom’s gorgeous pink impatiens (click here  and scroll down to read all about those) succumbed to blight over the winter, as did the ones she shared with her cousin.

luckily, david and i dug up a bunch of these plants while visiting with her last october and brought them home. mine did not fare awfully well either, but more due to neglect than to disease. but i did manage to get two cuttings to root and stay healthy through the winter, so that by springtime, i had a mother plant from which to work 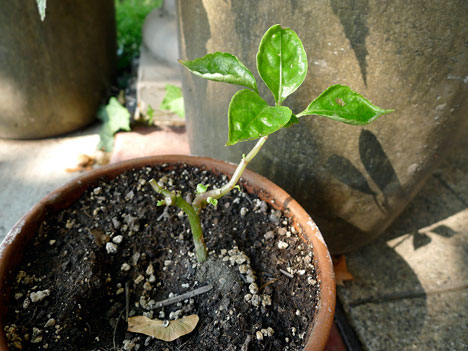 as it has branched out, i’ve taken cuttings, which have proved challenging to root. but i figured out a system that works and managed to grow few starts. once it got a stronghold and began to branch out, the mother plant has even developed lots of promising new growth around the base of the branches. 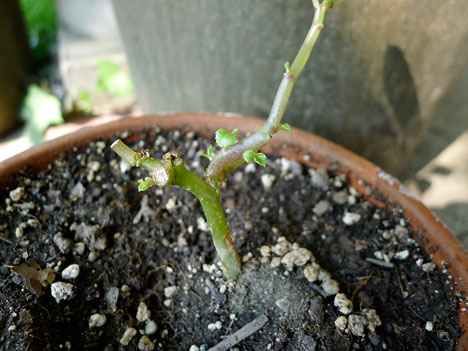 these plants are kind of delicate though; they need to be moist and it has been dry here. i can’t decide whether to take this one along or maybe just leave it with bret. i gave him a cutting last week for his and connie’s anniversary and explained that it was the result of 50 years of propagation in our family. he really liked it; i hope they can keep it going as we all try to do!

as for knitting, i think i’m taking just three projects along (instead of my usual nine or so, haha). with secret knitting at the top of the list, my sweater in progress goes into the bag next; not only is it public knitting and moving along at a highly motivating pace, but i think i’ve finally decided on the construction. 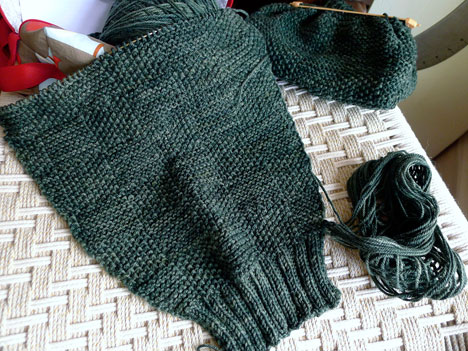 i’m going to go with the ribbing at the seams, which will enable me to knit it in separate pieces, rather than in the round. i’ve finished one sleeve and here you see the second one—i got a lot done on it today while i was visiting with susie and debby for saturday morning knitting. 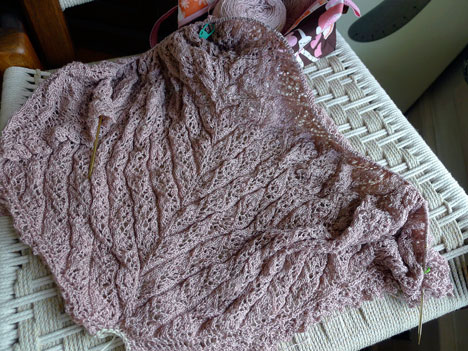 and of course i’m also taking along wasp and rose; i don’t want to lose my momentum on it by leaving it home to languish. i’ve been steadily ticking off between two and six rows during my very limited evening knitting sessions. even though it feels like less progress than i’m used to, i’m still happy that it’s moving forward instead of languishing; that was hanging over my head and i don’t like the feeling. 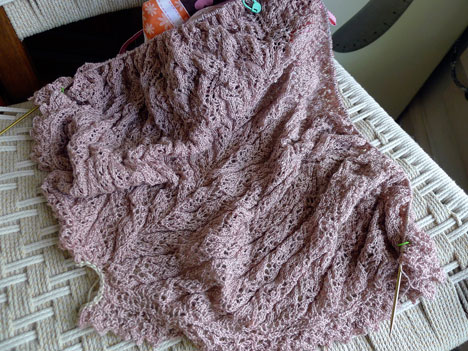 one thing i do just love about the piece as it stands is that with this quantity of fabric on the needles, you can see what incredible drape it has, even in its unblocked state. can you imagine what it will be like when it’s blocked?? 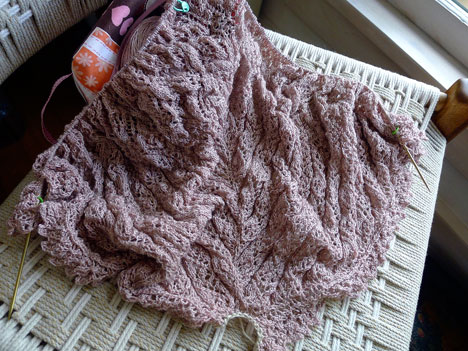 so, that’s  all i have for the time being—now it’s time to pack my bag and make sure everything i want to take is organized. next time i pop in i’ll be in wonderful upstate new york!

29 thoughts on “what to do with the leftovers?”