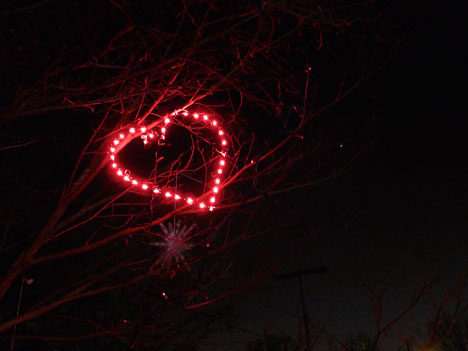 last monday morning i landed in snowy, gray ohio after spending ten delicious days on the west coast, running in shorts and keeping my face tilted to the sun. when i got off the redeye at 10:30 am, i was tired, hungry, and . . . cold.

david got me home straightaway, where i crawled into bed and slept until my class began at 4 pm. we celebrated my birthday with pie and cards and fun chatter over knitting—we had missed each other while i was gone.

just as class broke up at 6pm, the lights blazed on across the street—while i was away, bret had completely re-done the porchscape into a spectacular valentine—for us. 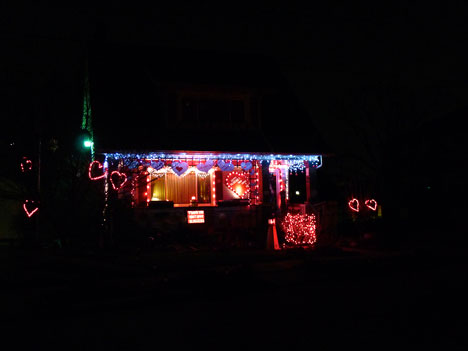 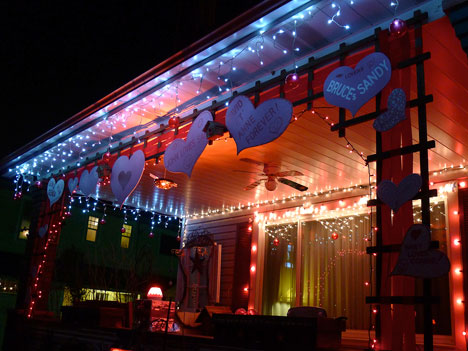 along the eaves ran a row of valentines, but not just any old hearts; these were each dedicated to a neighbor and one prominent one had my name on it! 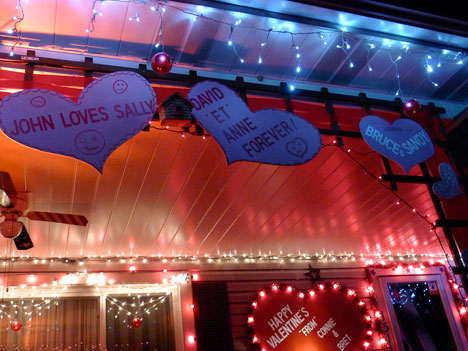 i gather that bret was taking requests from the gentlemen on the block during the week before and david put his message down on paper, just the way he always signs it for the two of us. 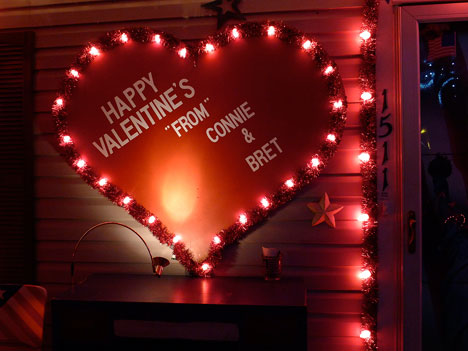 and of course, bret’s message was on the biggest heart of all, because well, that’s just how he rolls—bighearted.

but the best thing—and the real attention-getter—was front and center, aimed right at our house 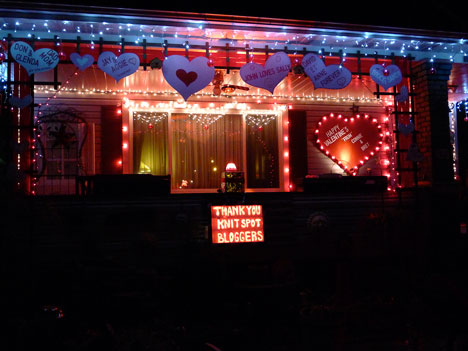 for you, for you!!
isn’t that the coolest?? what a great surprise, huh? and believe me, bret is sincere—he loves knitspot! 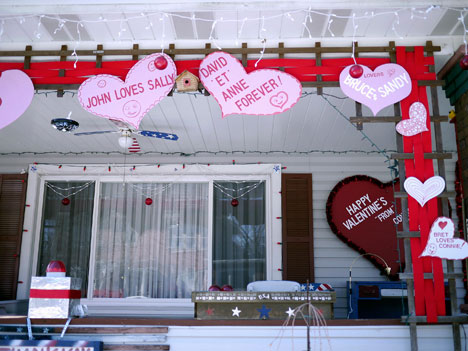 on saturday, erica and i went over to get a closer look and take some daytime photos for the blog 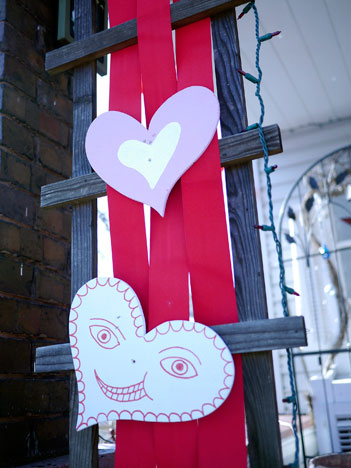 i HEART the gremlin valentine; i want that one—it’s so me! 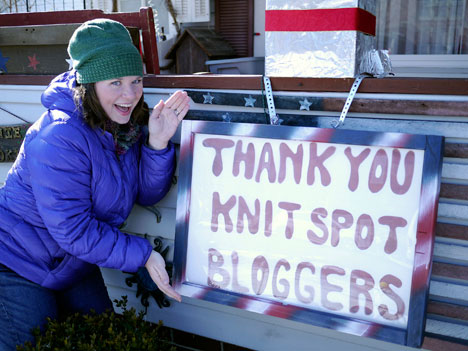 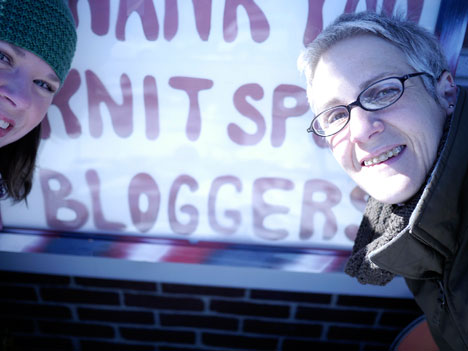 we tried to get a shot of the two of us with the sign, but our arms are not long enough . . . before we knew it, bret came out to see who was raising such a ruckus in hi planting bed. hehe, just us . . .

so he offered to take a photo for us 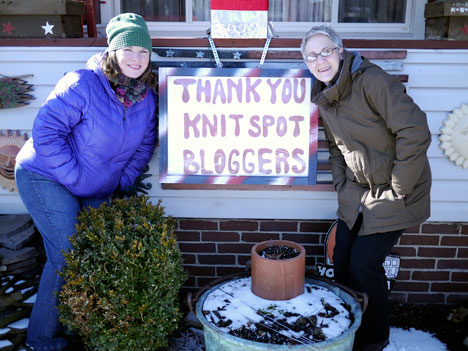 it’s so much fun to be bret’s neighbor—we just never know what’s going to happen next, haha. one thing we do know is that whatever it is, it will be big.

happy valentine’s day to all—from our little corner of the world.