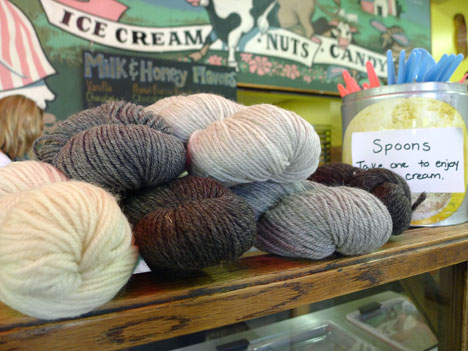 are you ready for cold weather? well we’ve got a delectable offering in five irresistible flavors that will set you up nicely for delivering those quick and cozy winter knits we all look forward to when the wind starts to blow. 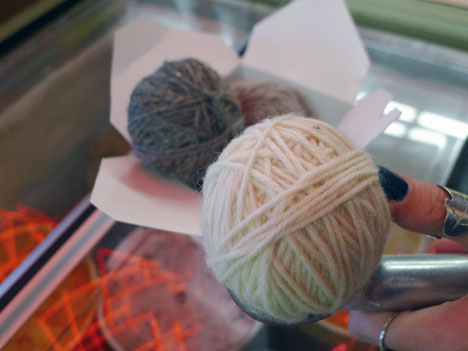 this is confection, our delicious new worsted weight wool yarn, spun smooth and buttery from the highest quality corriedale fiber we could find. confection has a springy, light hand and offers beautiful stitch definition, despite being light as air. 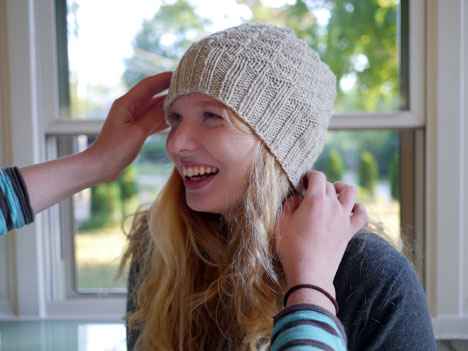 soft and squishy, this 3-ply yarn knits up speedily into bold accessories, warm sweaters, and cozy blankets on needles size 7US through 10US (4.5 mm through 6 mm). erica loves wearing the high peaks hat and mitten set that our friend cherie knit from the nougat shade. 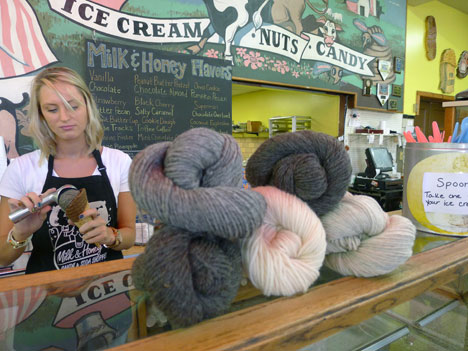 our five shades—white chocolate, nougat, cookies and cream, milk chocolate, and dark chocolate—combine beautifully in colorwork patterns and stripes; use a few or go for it and use all of them! 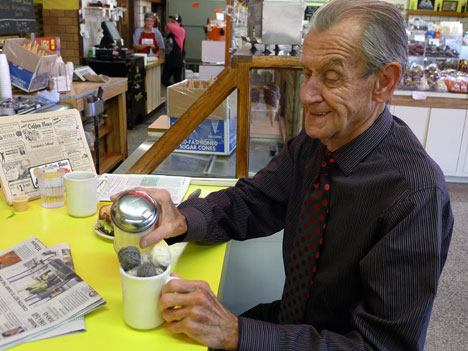 we have it on good authority that you won’t be able to resist. over the coming weeks we’ll be spotlighting patterns from our catalog and those of other designers that will make excellent pairings with this fiber. 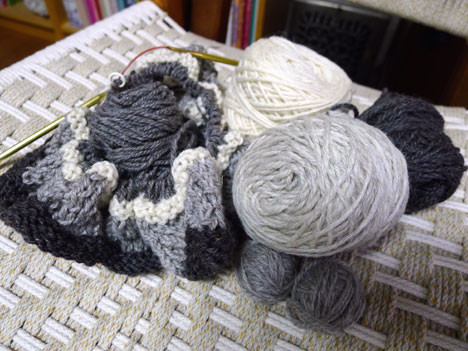 do you have a favorite color yet? i know i can’t stop at just one; i’ve got a project on the needles now that i’m keeping somewhat under wraps until monday, but i promise the results will be worth the wait.

i can tell you one thing though—it’s awfully fun to be working on size 8 (5.0 mm) needles!

now, the producers are just begging to be introduced, so i’m going to tell you all about them—i bet you’re ready to see a few sheep photos, am i right? 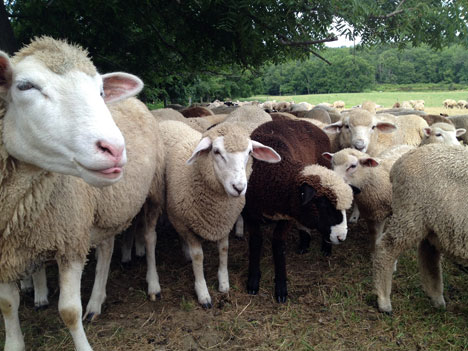 the corriedale is an in-bred half-breed with merino on the dam’s side and the english lincoln longwool on the sire’s side, which was developed as a true dual purpose sheep, combining the best traits of the wool breeds and the meat breeds. 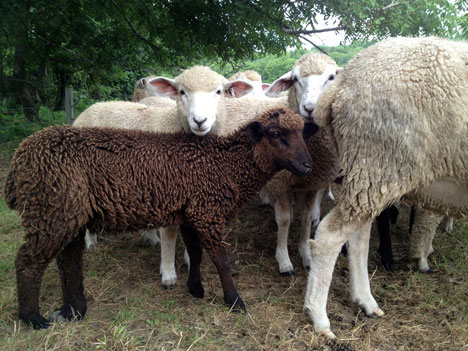 early in new zealand’s history, income from sheep was primarily derived from the sale of wool, but with the advent of refrigerated shipping, a thriving trade in exported meat developed and the production of meat became a priority. because a large area of new zealand falls midway between the sparser grazing that suits the merino and the richer pastures on which the longwool types do best, it was logical to consider crosses between these two types that would take advantage of the plentiful mid-ground. 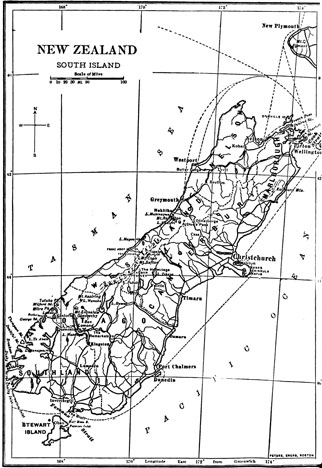 james little, who went to new zealand in 1863 from scotland, is given credit for establishing the corriedale breed. an experienced sheep man, he brought some romney sheep in the 1860s to two large ranches he was managing—balruddy and the corriedale estate at otaga on the south island of new zealand. he crossed the romneys on merino ewes to begin evolving a sheep of the dual-purpose type required. due to a lack of consistent results, he later dropped that cross, but having proved an efficient breed could be evolved by the right methods, he next experimented with lincoln/merino crosses, which provided the genetic stability needed to fix the breed’s consistent characteristics (see this blog post for more information about the role of the lincoln sheep in breed development).

the result is a sheep that produces a heavy, valuable fleece and a high quality carcass, yielding excellent total commercial return. corriedales are docile, easy care animals and excellent mothers with high fertility that exceeds 100 percent. 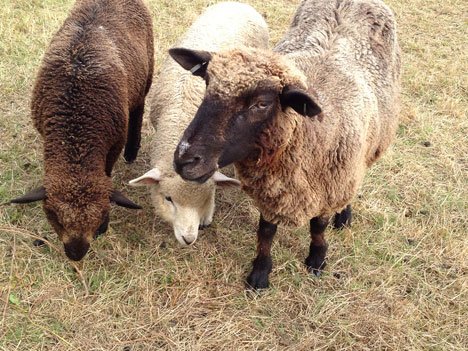 their wool is bright, dense, bulky and soft-handling, ranging form soft cream to darkest brown/black; fiber diameter ranges from 25 to 30 microns in adult sheep to the low 20’s in lambs and hoggets. wool cut is 7kg or more per year with a yield of 75 percent (which varies according to environment). and corriedale lambs are leaner because their wool producing ability limits obesity. 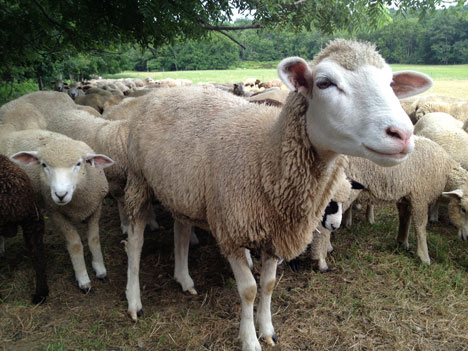 the name corriedale was chosen to be the official breed name in 1902 and the new zealand sheep breeders association began publishing corriedale pedigrees in 1911; the first flock book was published by the corriedale sheep society of new zealand in 1924. 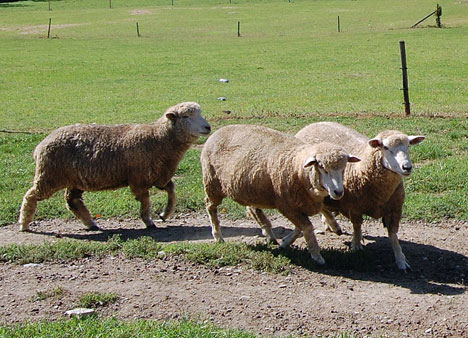 the wool for our yarn was produced on just two farms in upstate new york and vermont. we purchased 600 pounds (virtually the entire spring clip) of white and natural colored fleece from mark and carole harth, owners of Bear Farm near seneca lake in central new york state. 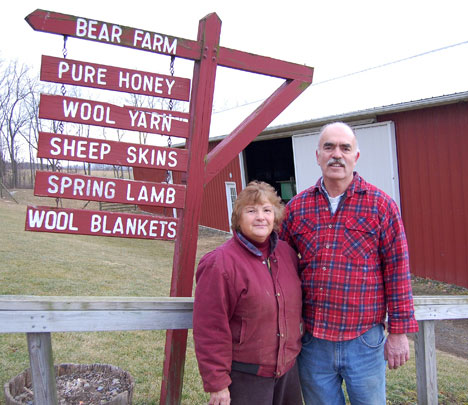 their flock is relatively large for an east-coast operation, running up to 325 animals from lambing through midsummer, but the Harths are hands-on farmers, handling their animals with affection, attention and care.

the result speaks for itself—fleece that is lustrous and resilient, lovely to knit with and wear, which keeps its beautiful hand for many years. 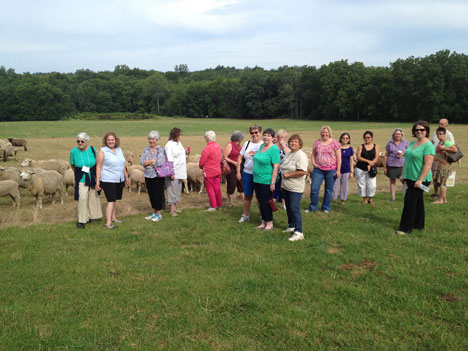 erica and i were lucky enough this summer to visit bear farm while i was teaching at the finger lakes fiber retreat, so we got to thank the animals who made our yarn in person! david has edited a little film i shot with my iPhone that day so you can visit with them too—click here to view it on our youTube channel (i’ll wait).

these shots were taking during the february shearing, which is the clip our yarn came from.

while 600 pounds sounds like a lot, we lose nearly half of that in the processing, so it actually wasn’t enough for the run we had planned. we needed to augment our supply of dark wool and for that, our miller sought out wool from farmer claire in vermont, whose dark corriedales have nearly black fleece that is simply elegant and spins up like a dream. 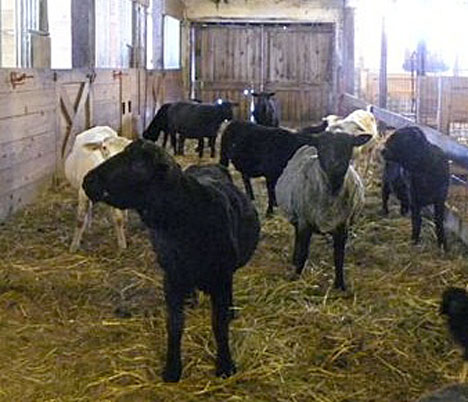 while i haven’t visited this farm myself, claire sent us a few photos from her barnyard, pastures, and shearing day which i’ve put into a little gallery here.

from sheep to farmer to miller to knitspot—it’s quite a journey! our yarns are made with tender loving care taken at each step to ensure that you get to work with the highest quality product. 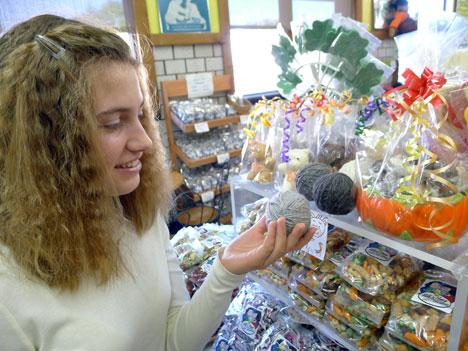 with nothing but the best ingredients and workmanship, knitting with confection is easy—it’s choosing a flavor that’s the real challenge; what’s your favorite? 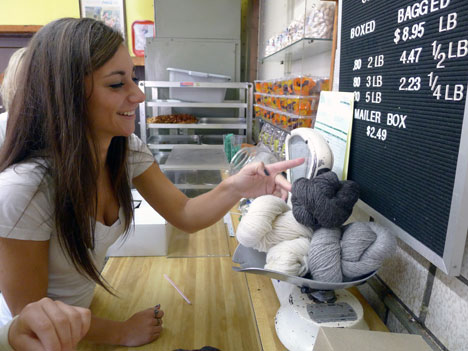 and this time we learned our lesson—we think we’ve ordered plenty (but then, you never know!).

what we are sure of is that we’re awfully fond of confection! 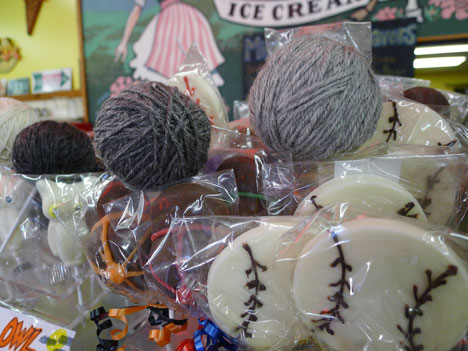 i’d like to thank the owners of milk and honey, our local ice cream and soda shop, for allowing us to invade their place for a photo shoot before opening last thursday. 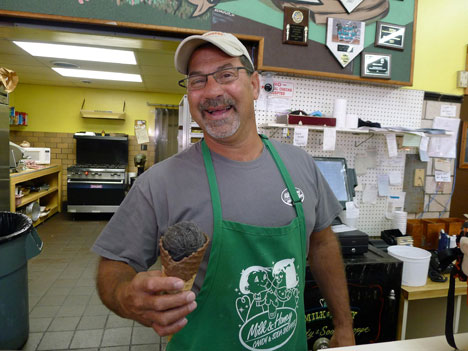 owner dwayne cornell and his staff were such wonderful sports, allowing us full run of the counter, displays, and dishes. they even started coming up with ideas for more ways we could pose the yarn. haha, they are probably still finding little balls of confection amongst the candies! 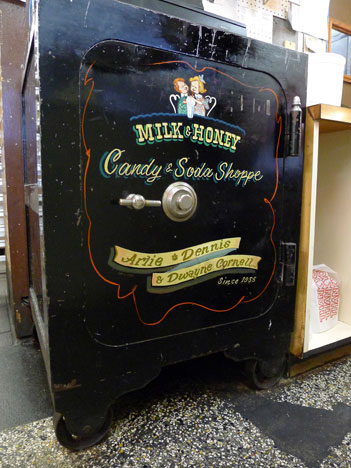 it’s just the coolest place, completely retro in the best way possible. if you’re coming through the area, maybe to visit the football hall of fame, take a break to stop at milk and honey for lunch or a treat!

and if you are too far away, please take a minute to stop by their facebook page and let them know you appreciate being great neighbors to us.

16 thoughts on “confection: sweet as can be”