oooh, it’s been a really busy weekend, one pre-christmas prep task after another and not much to blog about, i’m afraid. everything that needed to be mailed is going out the door in the morning, at least.

but once again, i am four days out from christmas and dashing to make the deadline with a few last-minute gifts. i have one HUGE secret knitting project that i started on thursday and must get done by the 25th 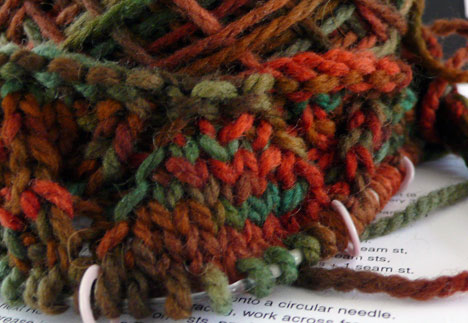 which has brought most other projects to a grinding halt. at this point, i am not having a panic attack over it, like i was friday—i think there is at least a whisper of a chance i’ll finish it.

the problem isn’t that it’s too big of a project—the problem is that there has been much other stuff to get done simultaneously.

i think though, that all the food and gift shopping is done now (can i just say—YAY!!). the cards are in the mail. i have a plan for christmas eve dinner, and we got a couple more patterns ready for release. we’ve gotten the workroom squared away enough that david can start—the rest of the sorting can wait til the week after christmas. (if that list seems disjointed, you should see the inside of my head right now).

i’ve been managing to squeeze in some sock knitting late at night in front of the TV—i’m working up a new design for the first shipment of dye dreams four seasons sock club. 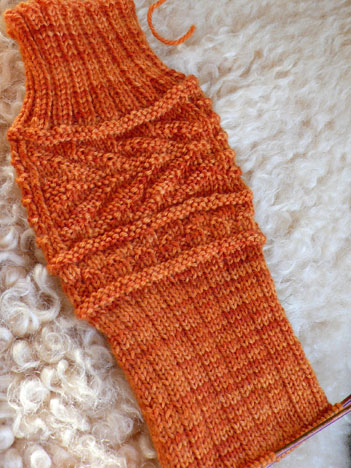 i’m a little single-minded right now about making warm socks. i thought and thought, then remembered that i always wanted to do another gansey sock, this time a bit longer in the leg (though you could easily do it shorter) and with a little shaping. i’ve had that fishbone motif in my head for a couple of years as the top panel of said sock—no kidding.

the yarn provided—classy sox—is a soft and cozy merino/cashmere/nylon blend, sure to provide the warmth i’m craving. i chose the color before i had a design planned—i wanted a juicy orange colorway to brighten up our january, and mona and stephanie came through with a winner (it is much richer and juicier than the photo show).
i’ve been enjoying it so far and can’t wait to get through the pair—i think these will go straight into my sock drawer.

this morning we had spinning class and i’ve never needed the respite more than i did today. 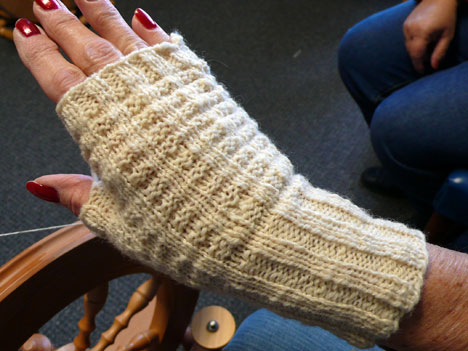 linda has been making mitts with her handspun merino yarn—yum.

anne marie and barb have been test knitting sprössling sweaters and brought them last week for show and tell, but i never got around to posting pictures. 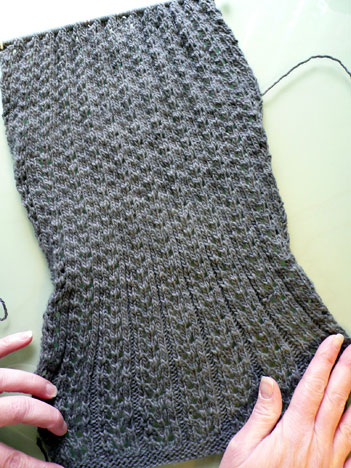 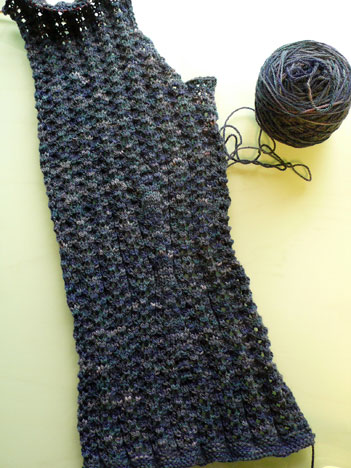 anne marie is knitting hers in briar rose grandma’s blessing and it’s working up a treat. 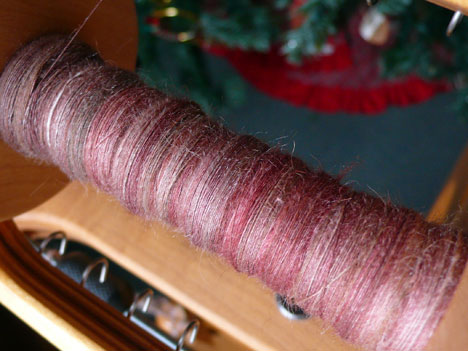 we had a wonderful, relaxing class—i’m almost done spinning the singles from my AVFKW camel/silk—i think one more 2-hour session should do it. then i can ply; i can’t wait.

we’re all getting together wednesday night for a sip and knit—no fuss socializing and imbibing to ring in the holiday.

after class i took care of some desk work for a few hours and we squeezed in a photo shoot of the cité neckwarmer (to be released tomorrow). 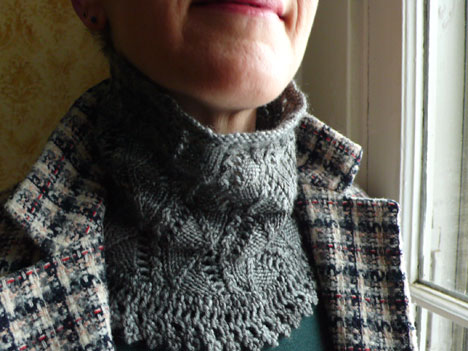 david was just snapping the last shots when beckie called to say she was heading over; we had a date to make the pasta sheets for the lasagne we have planned for christmas eve dinner.

we got right to work as soon as she arrived and made the dough. while it “rested” for half an hour, we had a cup of coffee and one of michele’s homemade ginger cookies, sent along with the bags i ordered for christmas gifts (thank you michele, everyone agrees they are scrumptious!)

when it was time, we set to work, cranking two pasta machines at once 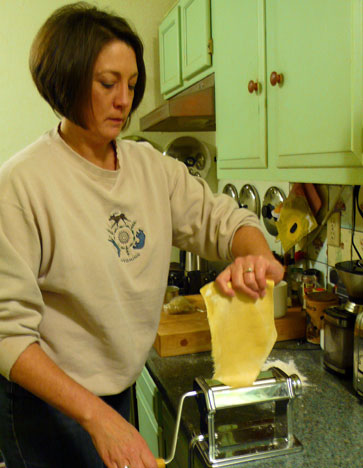 this is beckie’s first time making pasta, but i bet you can’t even tell—she looks like an expert. i mean, “beckie” is an italian grandma name if i ever heard one—am i right??

look at her go. we used the recipe in the mario batali book i have and doubled it. it’s just your basic pasta recipe—you can probably google him and find it right away (or another just like it). 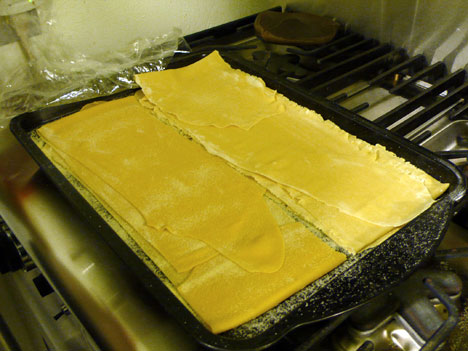 with the two machines going, together we got the sheets rolled in no time
after we decided which sheets to keep aside for the lasagne, we set about running the rest through the attachment which cuts them into fettucine or angel hair noodles. 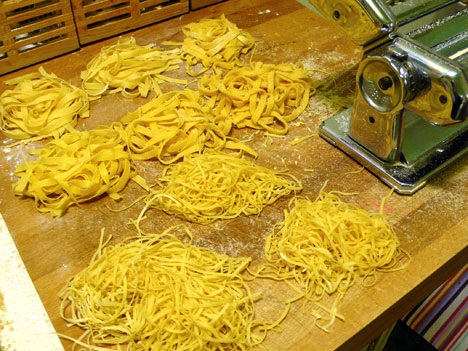 i was extremely pleased with the results—sometimes the noddle cutting doesn’t go so well and the machine doesn’t cut cleanly, but today, it all worked perfectly. 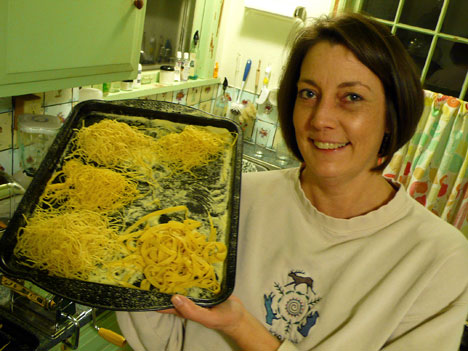 beckie is pretty, pretty pleased with herself, too.

we’ll eat the fine pasta noodles on christmas day with baccala in tomato sauce with black olives and capers (a favorite of david’s and mine).

i know this post was a little rushed, but that’s all i have time for now—i have a big secret project calling my name . . .