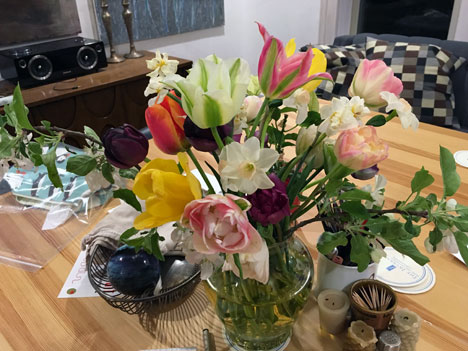 Lovely spring bouquet created from flowers picked by Anne from around the garden on Thursday.

Good grief, the doldrums of winter seems to have finally abated, of course I speak of the endless winter, of which seemingly was going on and on. Huge globules of spring snow were falling on April 2, quite beautiful, but out of place. Yes I know this can be considered de rigueur for the region, but it’s spring after all and the plants and flowers are now blooming. Alas I can shed some of my winter cycling kit, so looking forward to going riding without all of those wintry layers. Used to be rather fond of winter’s slumber, the notion that the earth could have a break of sorts, to rest, to sleep and then to awake in spring with renewed bounty, kind of a celebration of life, if you will. 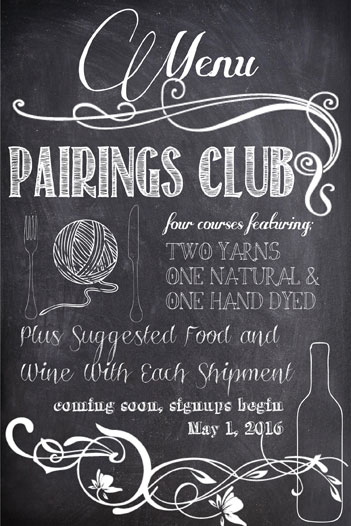 This last week or so, I have been working on creating promotional graphics for the new Pairings Club. During one of our meetings, Anne mentioned the use of fancy script in promotional materials, those two words unleashed thoughts of a French bistro menu, beckoning a conceptional idea for the Pairings club. We have all seen those sorts of menus, often cramped with words making it difficult to read, but then you have the use of different fonts, which makes deciphering the menu a little easier. In this club we will explore a multi-sensory experience, pairing Bare Naked Wools yarn with a hand dyed yarn, seasonal recipes and beverages, now the concept of a menu should resonate. Anne will team up with Chef Katharine Wainwright to present four courses of fantastic knitting projects, recipes and wine pairings. No doubt it will be a decidedly different kind of knitting club. Initial signups will be open to current Immersion club members on April 17 and to the general public on May 1. 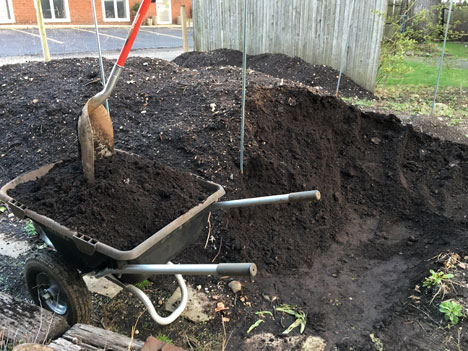 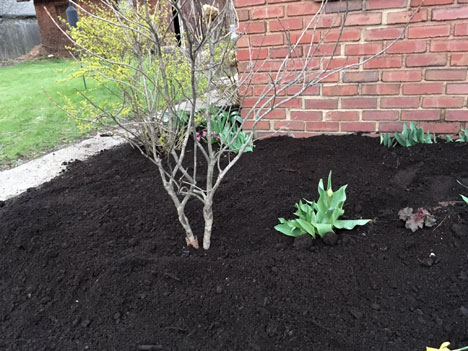 I was able to begin to sorting out the compost pile, working in freezing temperatures no less a few weeks ago. Moving some the compost to various beds around the house, Bil helped out, fortunately it had warmed a bit by then. It’s amazing how another set of hands can increase productivity. Now onwards to the most awesome task of combining the remaining compost with the existing garden mounds created to simulate a rise garden bed, will undo all these mounds. Now that everything has been combined, I have begun expansion of the vegetable garden. This includes removing weeds, leveling, making a walking pathway.  Have placed a layer of cardboard, atop this a very thin layer of soil to assure that cardboard remains in place. Will also add a layer of landscape fabric to further inhibit weed growth, you can see that I rather dislike weeding. Next I can finally begin the forming of the new mounds, tomatoes will be planted here. 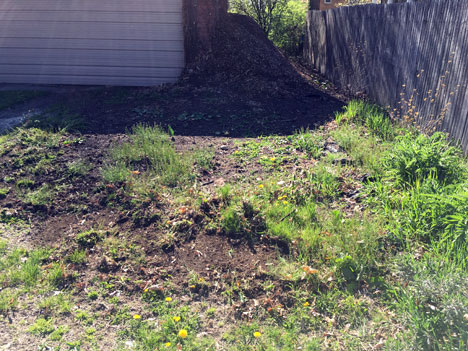 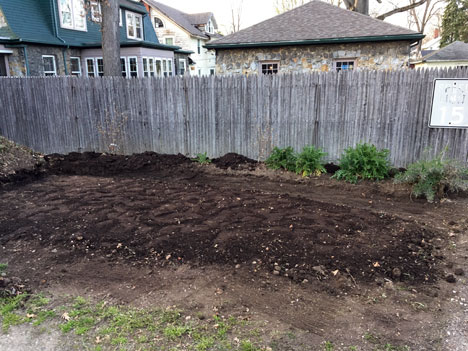 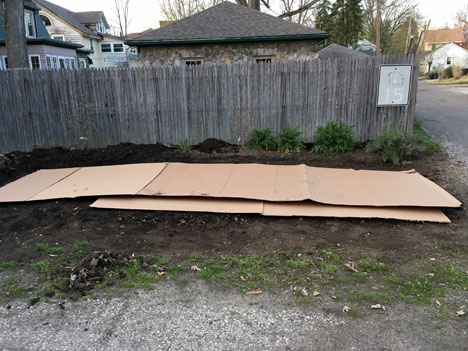