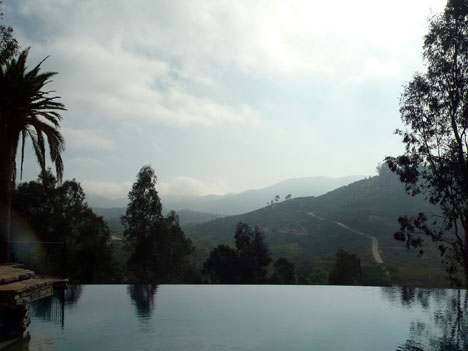 one thing i love about being in california is that i get up early here. today i was awake before the crack of dawn and listening to the day come alive. once it was a little light, i got up to prowl around. the mornings are hooded by a marine layer of foggy clouds that burns off about mid-morning, but while it’s present, it makes for interesting lighting andchilly temperatures (but not as cold as ohio).

our trip yesterday was uneventful and it was still early afternoon when we arrived in san diego. 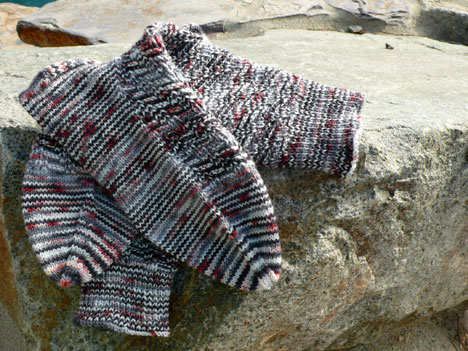 i managed to finish my holidazed sock in the course of two flights, which makes me very happy. i added some inches to the roger sock as well, but more about that later.

then we headed down to collect our luggage and go find some lunch (saffron again; it’s our post-flight tradition).

back home, the kids arrived from school and we showed beckie around the place 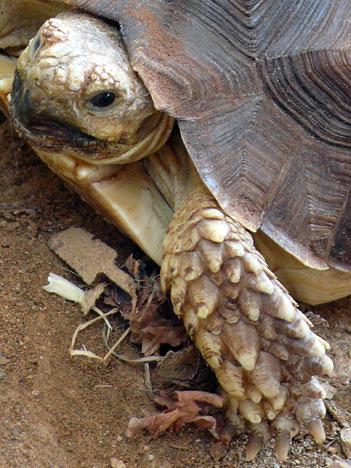 she met franklin, chica, and pal right away. franklin has grown a surprising amount since i last saw him in january (he will eventually be something like 24 inches in diameter). it’s hard to get an idea of his size here, but last year he was around 3 inches in diameter and now he’s about 6 inches.

last night we went to cole’s final volleyball game, then watched american idol and fell into bed soon afterward (hence the 4 am awakening).

since i was up early i set up the socks in progress poolside for a little photo shoot—aside from the sock i finished, i’ve made good progress on the roger sock as well 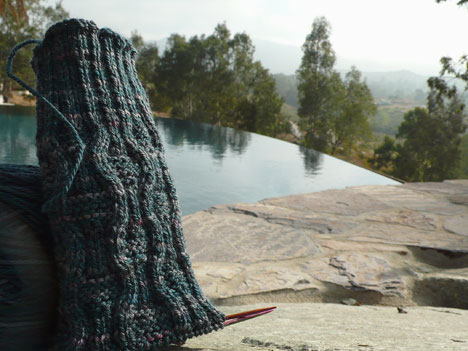 a warning—this one is quite addictive. i worked on it during the last part of the flight, then took it to the game, and still i wanted to work on it in front of the TV. that could be trouble . . . but you know, i’m on vacation for a few days, so i’m cutting myself some slack (though i did work on my scarf tonight while watching TV).

this is a good, sturdy pattern composed entirely of knits and purls but it has the deep texture of a cabled knit. i love that—deceptively simple and fun to work with a big payoff. nice.

i also knit a little bit on the david sock, but just a little 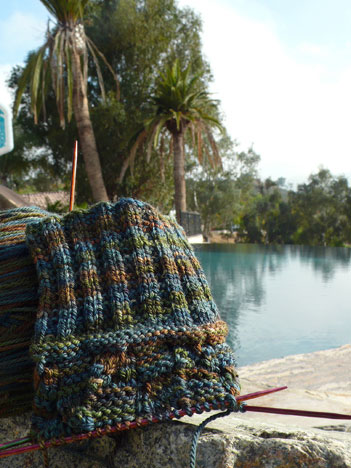 tomorrow i’ll pay more attention to that one when we go visiting.

once the kids were all of to school this morning, kim, beckie and i headed out for torrey pines state park. i’ve been there a few times, but it’s different every visit so i was really looking forward to going. 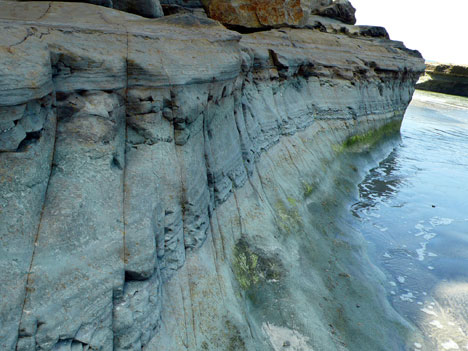 it was still a bit cloudy and chilly when we arrived but by the time we reached this jetty of rock, the clouds had burned off and it was warming up. 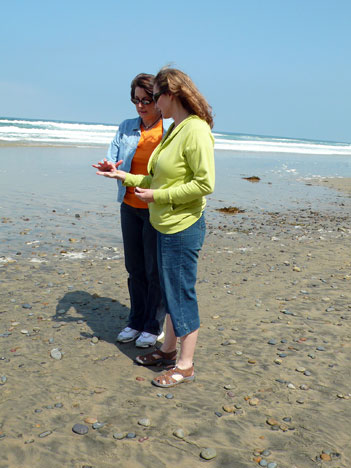 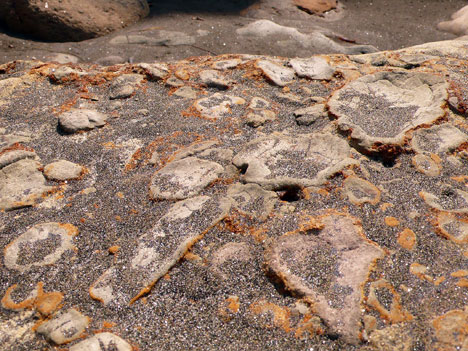 i took hundreds of photos but i’ll spare you most of my eye’s traveling (since i posted so many from my visit there last year) and show you just a few of my favorites from today.

this time i concentrated more on looking at the base of the cliffs. the tide was up today and less of the lower rock was exposed on the jetty, so we took the upper path around it 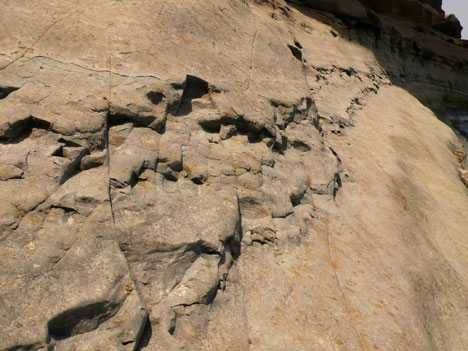 the profile of the cliffs at the sand line is soft and sensual from years of erosion by rocking waves. 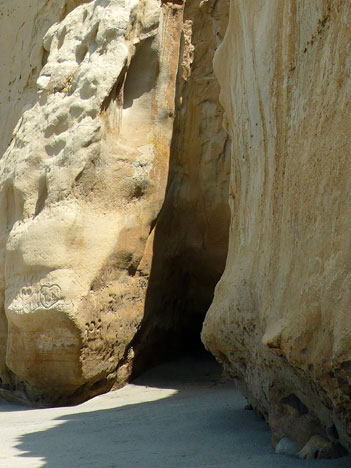 little caves and grottos are nestled in the folds of the broad, curving baseline.

even the debris is interesting—these huge sea plants anchored into the ground lie waiting like boa constrictors; they look menacing, but they’re harmless 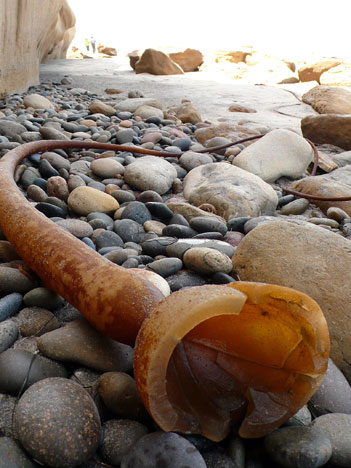 we stayed for several hours of walking, laughing, and even some sock modeling. you will love the keukenhof photo shoot.

finally we admitted we were ravenously hungry and found our way back to the car.
we ate at red sea, an ethiopian restaurant in city heights, which i was looking forward ot with great relish. it’s been a number of years since i ate this cuisine—it was a regular favorite when i lived in NYC, but sadly, our part of ohio is lacking in african eateries.

it was yummy. i’m so very glad we did that.

then we went the extra mile to coronado for ice cream at moo city. call it overkill, but we enjoyed every last bite.

32 thoughts on “not in ohio any more”