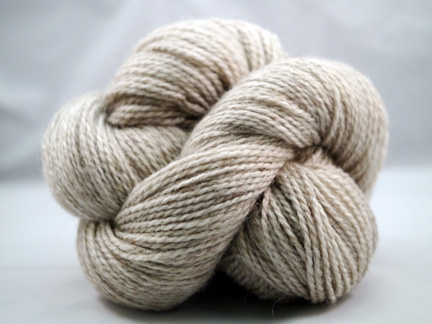 i’m so pleased to finally be announcing the release of our latest bare naked wools yarn offering—a luscious romney/merino blend, which we’ve named kent dk. i’m bouncing in my seat with excitement for it to land in your hot little hands and to hear what you think of its enchanting lustre, its delicious curves, it’s soft drape, and the ever-so-slight crunch when you squish it—which you will do a lot, trust me. 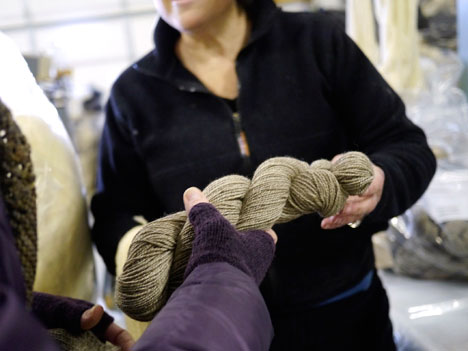 do you want to read the story of the animals and people who participated in making our new yarn? ok, i’ll tell you; it all starts with the sheep . . . i think most of you are familiar with the merino part of the mix, but you might not know as much about the romney.

and here they are; take a bow fellas

(i know!! so not fair to put the cutest ones in first, but i can’t resist; i saw them at our wool show last weekend and my camera immediately thought of you) 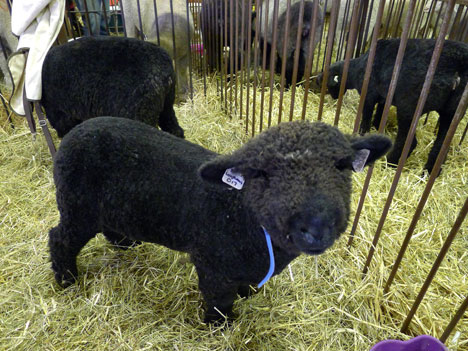 romney is a breed of sheep originating in the kent marshlands of england—in fact, they are generally referred to by local farmers there as “the kent”. romneys are a longwool breed which evolved from the same medieval types which spawned the leicester breeds. 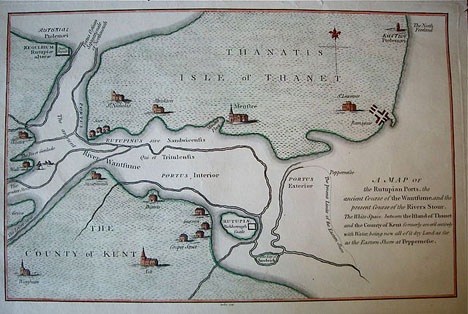 a harsh, windswept and rainy environment, the kent landscape is abundant with lush forage on which the sheep freely feed. these geographic and climatic conditions led to the development of positive traits such as hooves that are resistant to foot rot and fleeces that remain healthy in harsh weather.

historically, romney is a dual purpose breed found in every type of farming environment; when weaned and turned out on open fields to mature, they efficiently convert pasture into lean, high quality, heavyweight carcasses known for their delicate taste, even in older lambs.  the breed has been distributed across the globe and has been crossbred in numerous cases to produce many familiar modern breeds. 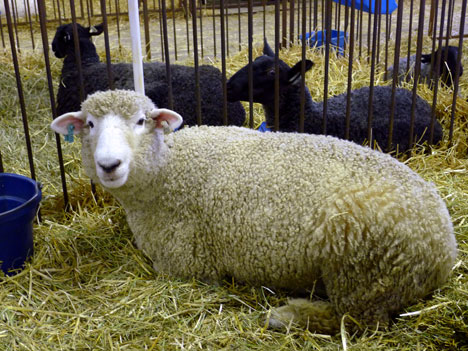 romneys produce a heavy fleece that can be white or naturally colored in a range of browns and grays—healthy mature rams are capable of producing fleeces weighing 10 kg or more with 75 to 80 percent net yield after thorough washing. 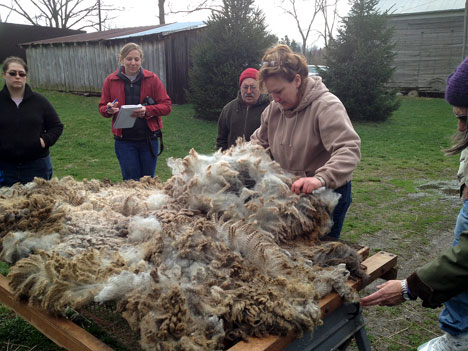 the fleece is lustrous and hangs in separate locks, with uniform crimp from the butt end to the tip of the lock. most romney wool sold commercially is made into rugs or used for other products that require more rugged and hardwearing wool. 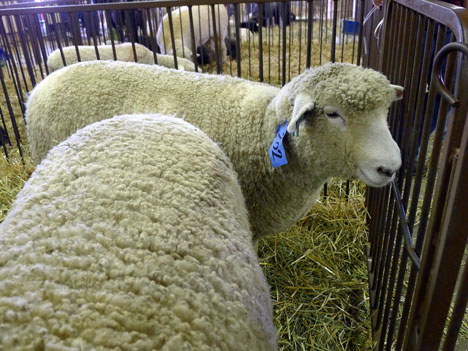 traditionally, colored (or “black”) sheep are considered a nuisance in the textile market, which prefers white wool as it it more easily dyed. in north america and england, colored romney (those that are black, gray, silver, brown, variegated) have become valued by hand-spinners and weavers for their wide color range. 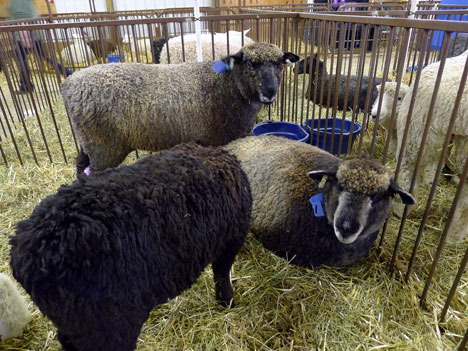 however, the fleece is ideal for hand-spinning, especially for beginners. and in the united states, which has no industrial end use for domestic longwools, handspinners provide a lucrative market for the wool, though they can consume only a fraction of the thousands of romney fleeces shorn each year. 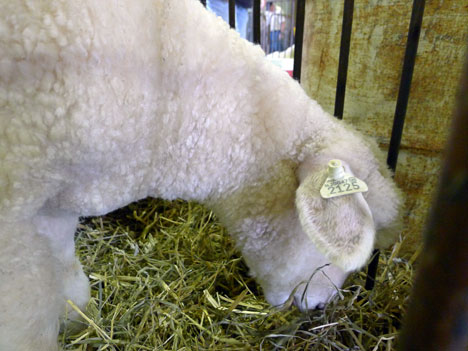 (just look at the sheen in this lamb’s beautiful white coat—don’t you just want to touch it?) 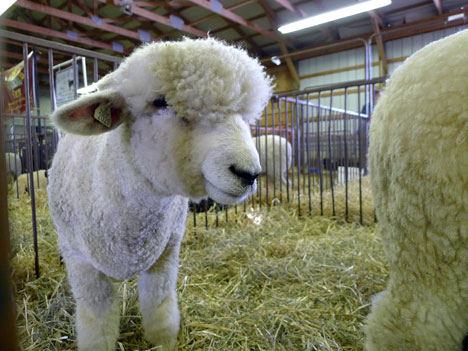 as a handspinner, i have some experience with romney wool—while known for its sturdiness, it can be very soft when raised with the right attention to its coat and its lustrous sheen beguiling. i thought a blend of romney and merino would make a great all-around yarn for bare naked wools—nice and bouncy for blankets and home items; soft and sturdy for hardwearing sweaters. 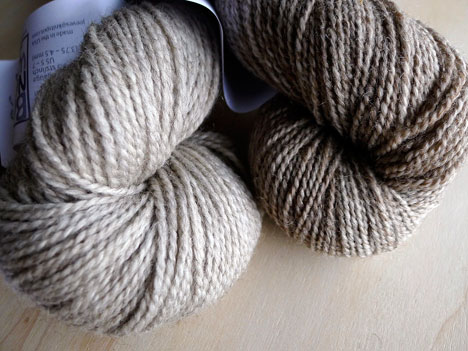 shopping for a mill to make the yarn i had in mind brought me in touch with battenkill fibers carding and spinning mill in upstate new york. the owner, mary jenne packer, wasn’t on site during my first phone call to make inquiries, but while speaking with her coworker karin, i discovered that she actually raised romney sheep and so the process for putting together our new yarn was begun.

here is karin on shearing day in april at her new york state farm—i beleive this is some of the very wool that went into our current supply of kent dk. and below, are the producers themselves—are they not the picture of stateliness, despite their youth? 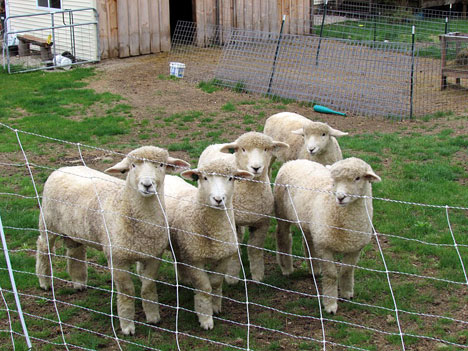 and now, a shot of the shearing in action—it’s always an exciting day at a sheep farm, often shared and celebrated with friends. we are lucky that someone from the mill was on hand to snap these terrific photos of our wool as it makes it was from hoof to your hands. 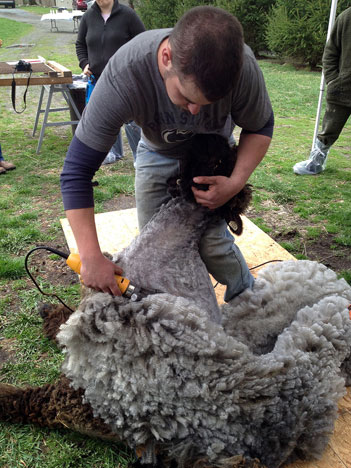 back in january before the shearing, we visited the mill with my mom to see the progress on our ghillie cheviot sock yarn and mary jeanne presented us with the first test batch of our merino/romney DK, spun from the previous clip of romney that she had on hand at the mill. 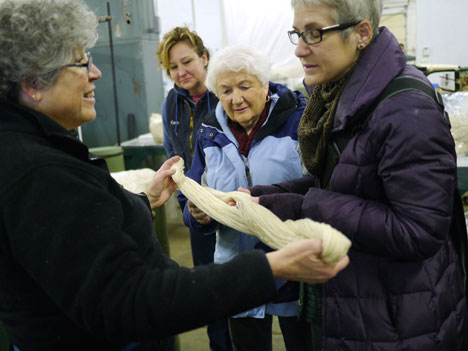 there is karin, looking on as we feel our ghillie yarn for the first time. she oversees quality control at the mill so, she’s anxious to see what we think (isn’t it comforting to know that the person raising our wool also work in quality control?) 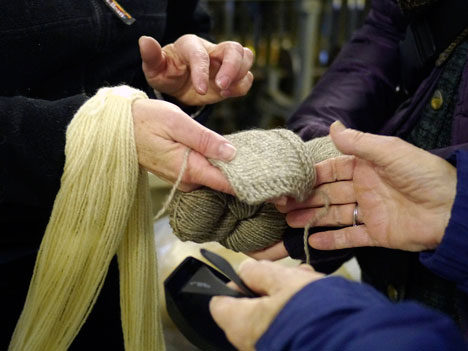 it was SO soft! even i had not expected such an airy, squishy yarn; we loved it. 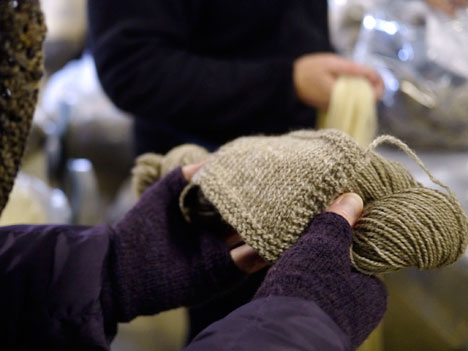 mary jeanne was excited too—she’d even knit up a swatch for us to handle while we discussed the yarn’s attributes. she love her work—it’s a good partnership for us. this test was a tad overspun and while offering a lovely surface, did not have the loft i wanted. 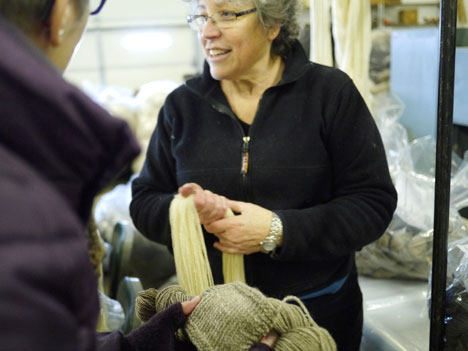 we decided to go forward with a few tweaks to the yarn, so the mill produced another test batch and it was these two preliminary lots that we sold recently for the gnarled oakwoods kits. 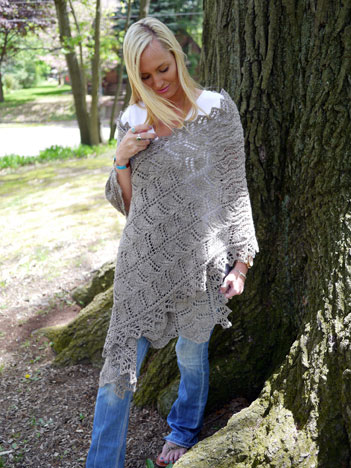 i never dreamed we’d end up producing a yarn with such an elegant appearance and hand, but this one is seriously sophisticated—to me, it is the natural pearl of the fiber world. just look at the way it drapes and how the sheen plays with the stitch patterns in this bold lace wrap 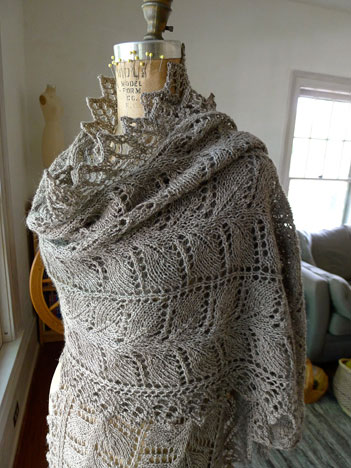 it’s such a beautiful piece that due to popular demand, we’ve reopened sales of this gnarled oakwoods kit in petite and tall sizes, to fill with skeins from our current supply of kent dk in the beach glass colorway (a slightly lighter tone than the rye colorway shown here). 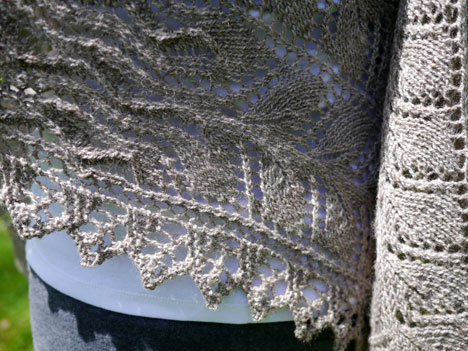 this yarn has great stitch definition too—i can’t wait to show you the next thing . . . here’s a hint 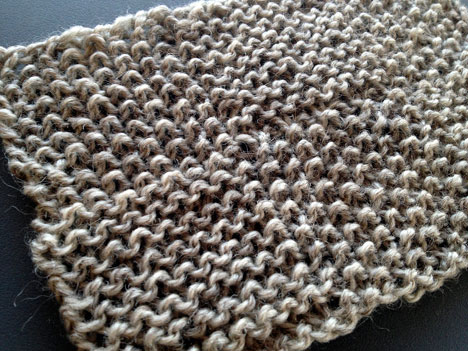 yup that’s right—anne marie has even knit an awesome sample of bloch ness in kent dk so that we’d have it in time for the pattern release—which is (finally) going to be tomorrow.

i hate to tease you, but the wait will be worth it; sarah sweet-talked her cute friend logan into helping us out with the photo shoot and can i just say?? adorable

ok, that’s enough of that for now—let’s leave some of the fun for tomorrow. we have bloch ness samples in several yarns, colors, and sizes, including our own beach glass color. for reference, sizes and yardage requirements are as follows:

we now have a full order of kent dk on site and can open sales for real. we’ve already reordered as well, to ensure we remain well-stocked. we have lots of great ideas for new designs using our romney/merino blend and have sent to some of our designing colleagues as well, so they can create some special interpretations perfectly suited for it. 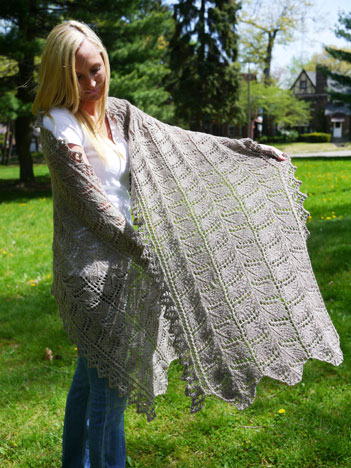 and now, i must get going to put the finishing touches on that bloch ness sweater pattern—see you back her tomorrow.