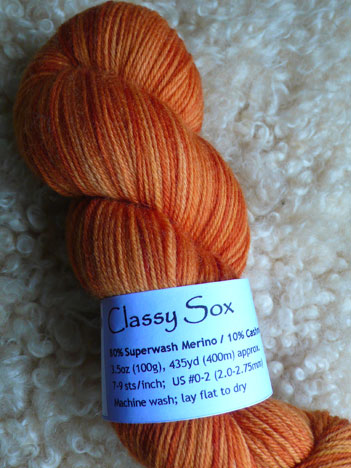 ok, SO . . . mona and stephanie at dye dreams have come up with an incredibly scrumptious new merino/cashmere/nylon blend yarn called classy sox. we are celebrating by using it in the design for the first installment of their 2009 four seasons sock club. 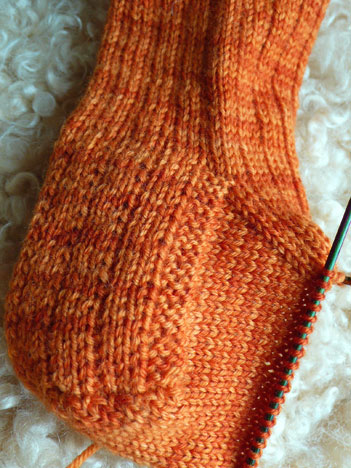 i asked for a cheerful, pick-me-up orange to design with, knowing that this sock would be coming to you in january—a pretty gray month in the north, yet the height of citrus season in the south. 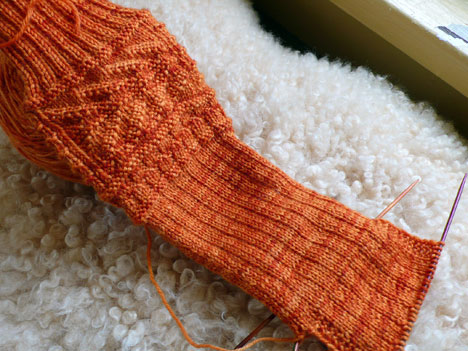 and they came through with the perfect thing—a juicy, happy, orangey orange.
the only problem is, they canNOT think of a name for the colorway.

but they did think of a brilliant solution—they want YOU to pick a name for the orange yarn (not the sock).

leave a comment with your suggested color name(s) by midnight EST on tuesday, december 29th and i will compile a list, then trim it down to a shortlist (this part will be subjective, but as fair as possible). 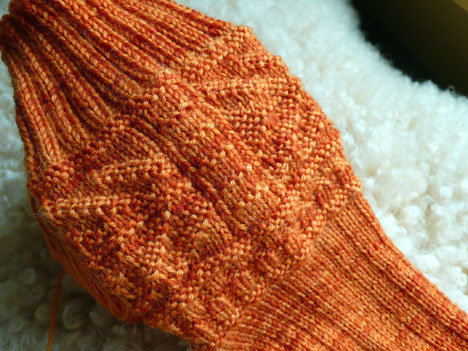 i will publish the shortlist on december 30th and you can vote for the name that best represents this colorway (ONE vote per person, please; voting will close on thursday, december 31st, at midnight EST).

the contributor whose name wins the most votes will receive a gift of a gansey sock kit from dye dreams, to be shipped when the club kits go out in january.

orange you glad you stopped by?? 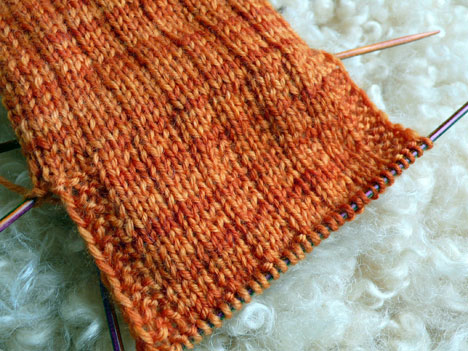 346 thoughts on “name this orange”