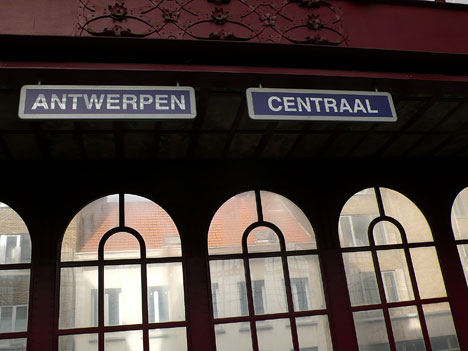 after spending most of thursday eating and drinking (more on that tomorrow), we all got up early on friday and packed ourselves off to the train station, bound for antwerp, home of fashion’s avant garde and the modeMuseum, where the unravel knitwear exhibition lured us. 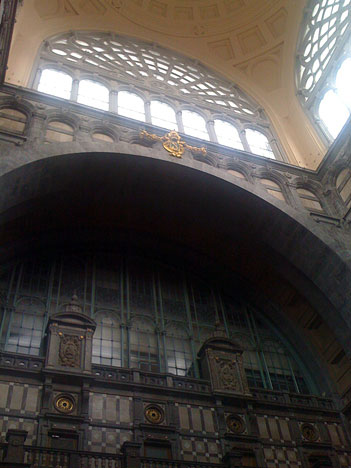 an old and beautiful city in the region of flanders, antwerp has one of the largest seaports in europe and so has an important role in the evolution and history of european commerce. 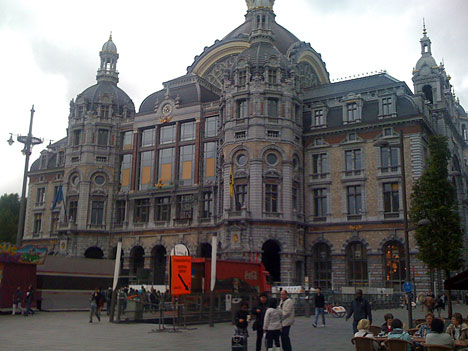 we found our way easily enough to the tram which headed toward the museum, where our friend dominique was waiting to go through the exhibit with us. 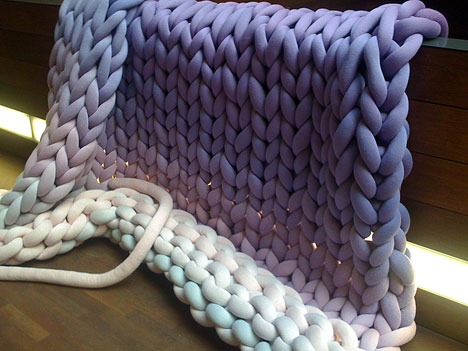 and it was spectacular—very much worth the trip, if you are going to be nearby.

my camera battery ran out of juice just as we headed inside, so i had to rely on my phone camera for photos, but you can still see that the exhibits include some pretty amazing examples of knitted garments from the dawn of the machine knitting age and onward. 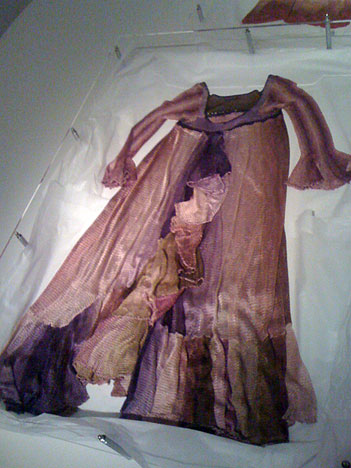 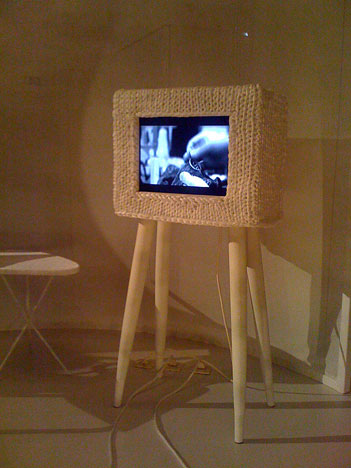 which was divided into ten sections, the first of which focused on the introduction of machine knitting and what that meant to the role of knitted fabric in fashion and in daily life. 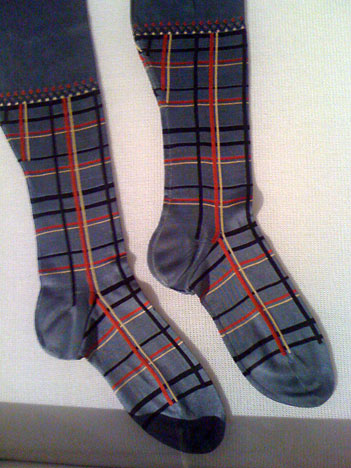 this section was filled with superbly preserved examples of knitted hose from the 20th century, moving forward. 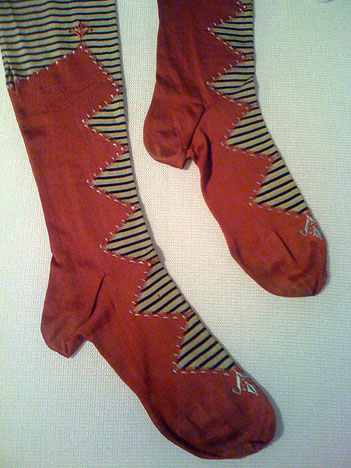 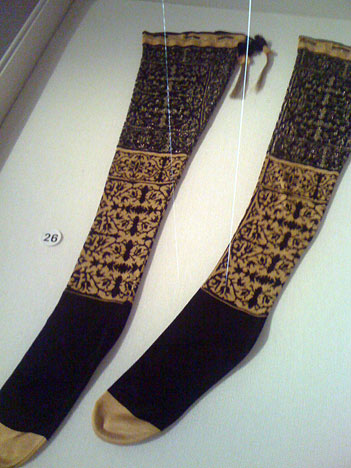 it was a sock knitter’s paradise, believe me. 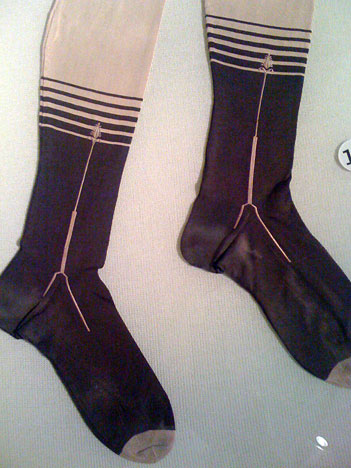 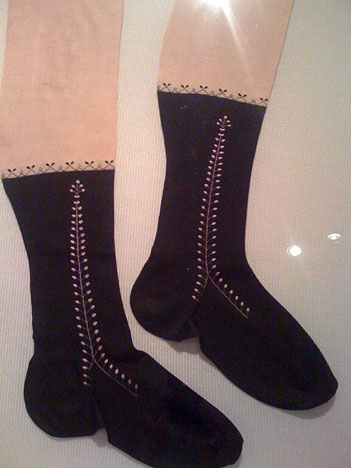 from there the show moved on to knitted underwear, swimwear, and then ready to wear 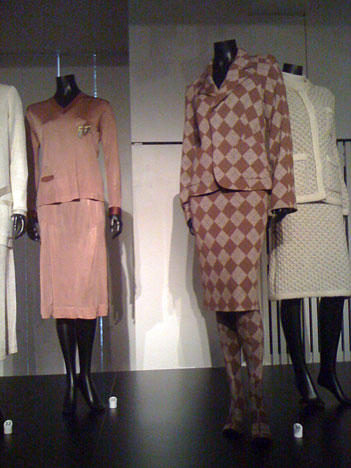 some of which was incredibly appealing to me right on the spot, especially the sporting outfits of the 20s and 30s. 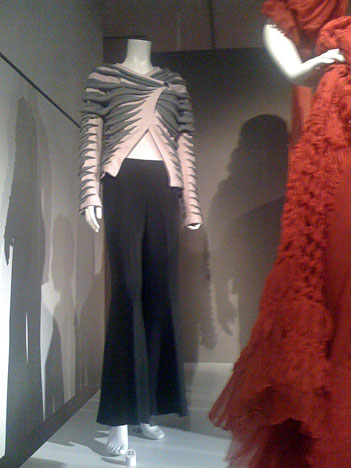 of course, knitwear really hit its stride after WWII, when the use of synthetic fibers blended with wool and cotton produced knits with better memory. the exhibit reflects this change with a sharply increased number and variety of samples. 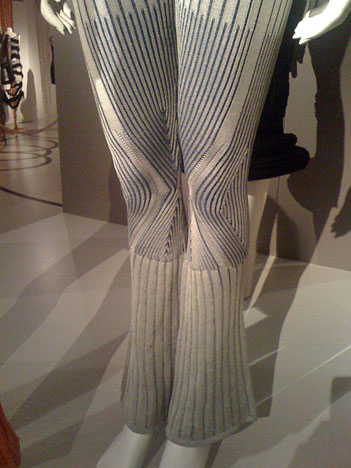 which in turn rang in the era of clothing as sculpture or art. the pieces shown throughout the exhibits were loaned by the original artists and designers, and were in incredibly beautiful condition. 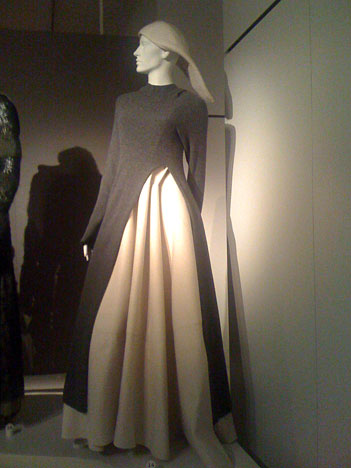 this luscious ensemble by yohji yakamoto is one of my very favorites.

we enjoyed the whole thing from start to finish and wished there was more. i know i’ll be processing my experience for some time . . . 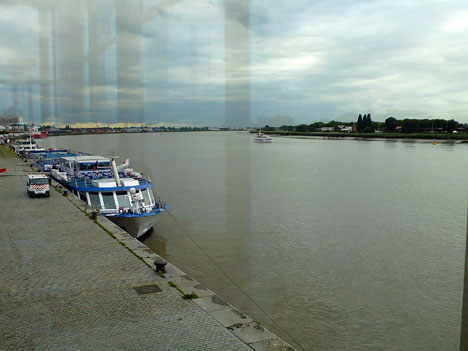 after the museum, dominique led us toward the riverfront to a beautiful restaurant, where we settled in for lunch with a glass of the local brew. 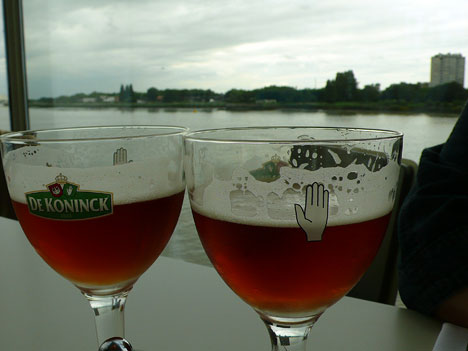 the hand is the symbol of the city and you can read more about why in this entry on wikipedia. 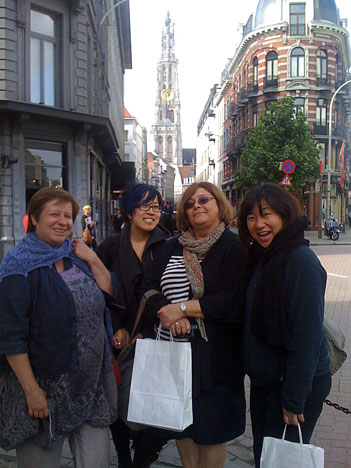 after lunch we shopped the streets leading to and from the museum, which are lined with designer showrooms and stores. everything is on sale during july, so we tried hard to take advantage of that, but sadly, we were not successful (though we really made an effort). 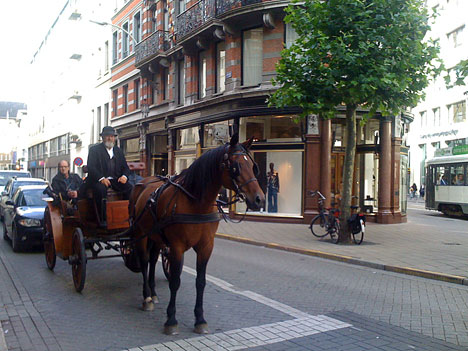 we consoled ourselves with waffle desserts, guided by dominique, who explained the difference between brussels waffles (her favorite, but not as easy to find) and liege waffles. as it happens, there is a good brussels waffle shop right next to the yarn store in antwerp, so we were able to investigate firsthand. yep, they were delicious alright, though we did not get to taste the alternative . . .

a little more looking around and then we aimed ourselves back toward the train station. we said goodbye to dominique there, but then decided to stay on for a bit to explore the market in the square across the street. 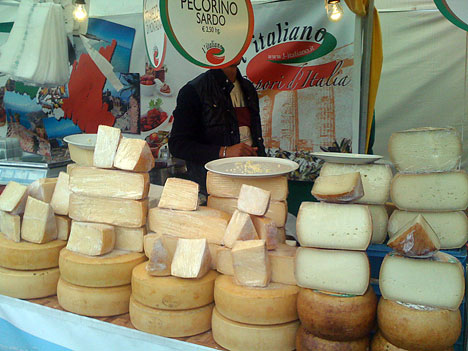 and who doesn’t love friday market, after all??
we were completely sucked in and managed to taste a whole bunch of cheeses in a very short time. 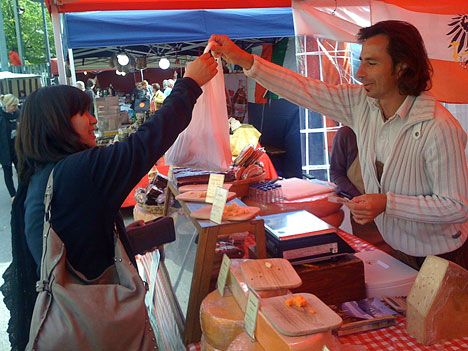 we made a few purchases to eat on the train back to london the next day and indulged in some people watching as well. 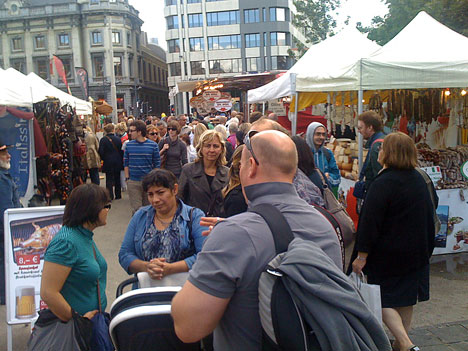 a look at the other booths didn’t entice us into buying anything much, but provided some great visual interest to keep in mind. 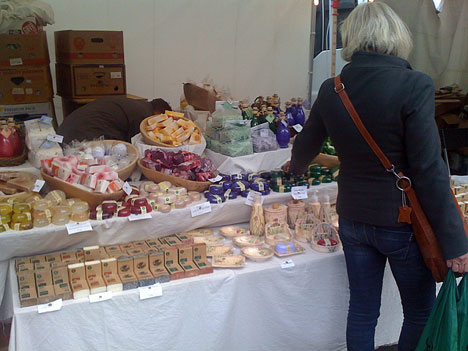 everything from soaps to dried fruits to household gadgets can be found at a market like this; it’s a lot of fun and a great way to sample some very local foods.

soon we were on our way back to brussels and our evening meal reservation at les dames tartine.

it was a lovely meal indeed; the food was delicately flavored and well presented, though we may have ordered more than we really should have (sigh, story of our lives). 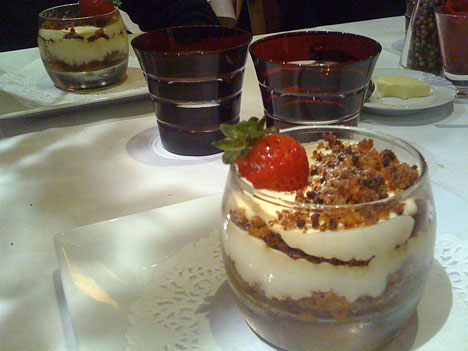 a wonderful end to our brussels excursion, certainly.

and now suddenly, it is the last night of my whole trip too—the weather was perfection today, so after dropping cookie at the airport, i headed out for a very long walk along the thames path, first one one side of the river, then on the other.

this morning (if all goes well; i can’t seem to check in online, ack) i’m flying out and spending nearly all day getting to portland, oregon for sock summit. i’ll have a couple of days to myself in a hotel beforehand to (hopefully) catch up on work and rest before starting all over again.

if you’ll be there, please stop and say hi; i’m looking forward to meeting you.