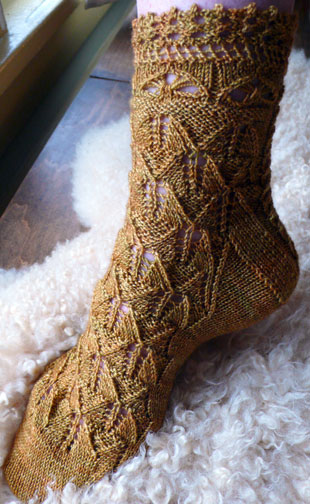 to purchase pattern only, or for more pattern information, please view this product in the knitspot pattern shop. 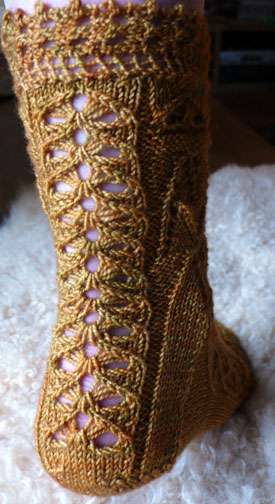 The term queen bee is typically used to refer to an adult, mated female in a honey bee colony or hive; she is usually the mother of all the bees in the hive. The queens are developed from larvae selected by worker bees and specially fed in order to become sexually mature. There is normally only one adult, mated queen in a hive.

Since bees were likened to the divine and maintained a matriarchal (though some originally believed it was patriarchal) order, they were used to symbolize royalty. This is shown for instance, in Emperor Napoleon Bonaparte’s wide use of the honey bee. The Emperor Napoleon Bonaparte used the bee as a symbol of immortality and resurrection. Napoleon’s red cape is famous for its bee print. Some say the fleur-de-lis was actually a bee.

many thanks to kim, who urged me strongly to design this sock, provided the gorgeous yarn with which to do it, and then moved the process along by test knitting it, too. what a gem! and to the intrepid jocelyn who also jumped right in (with glee!) to test knit. and to my dear friend beckie for allowing her inner diva to shine through with her expressive modeling. thanks everyone! 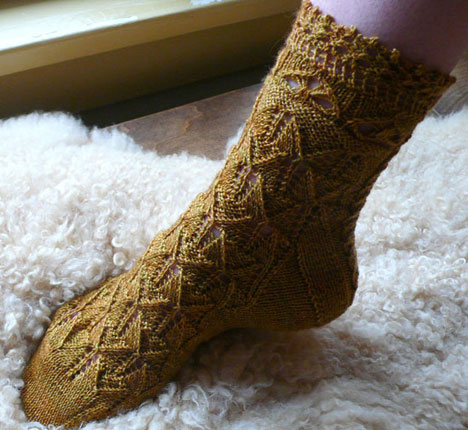 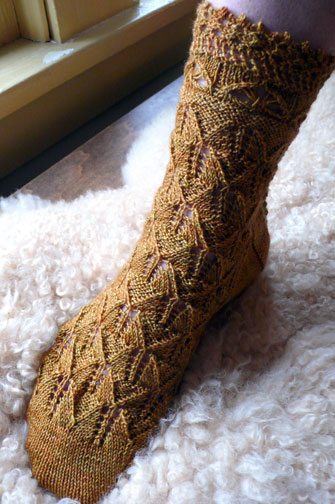 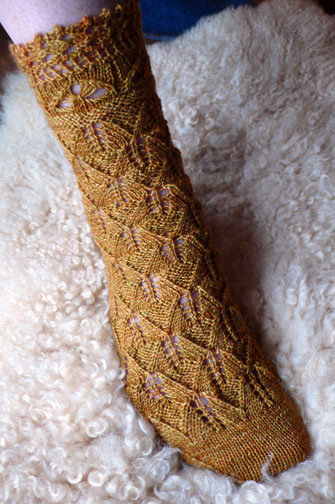 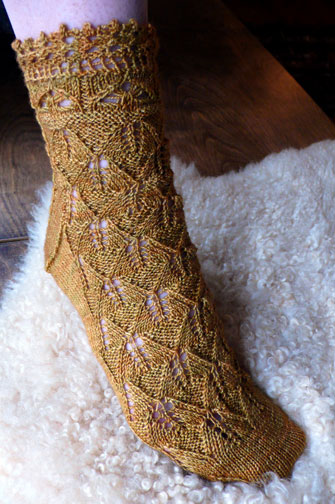