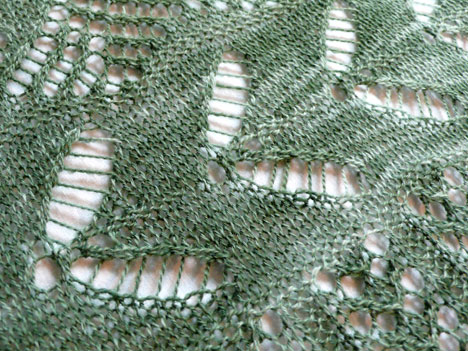 i blocked out fiore di melanzana yesterday and wow—i loo-o-o-ve it. don’t tell the shawl i said this but . . . i think i might even love the stole better. who knew? 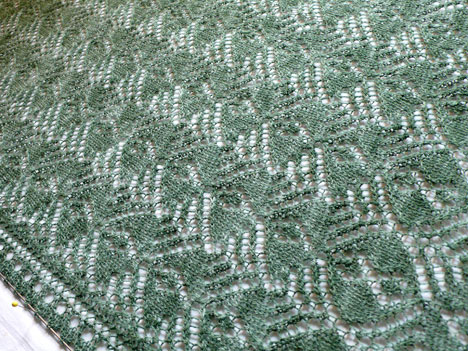 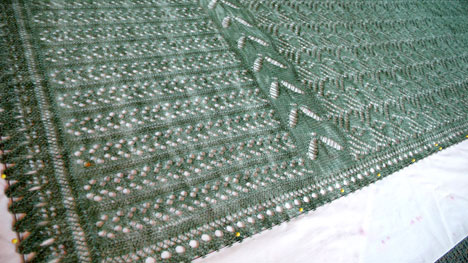 and the join—vanessa really came through in helping to work that out . . . i went through several iterations on paper before she worked out just the right solution in practice (i wasn’t knitting this piece so i relied on her hands to guide me through this part). then the other test knitters confirmed that it’s a great segue between the two stole halves 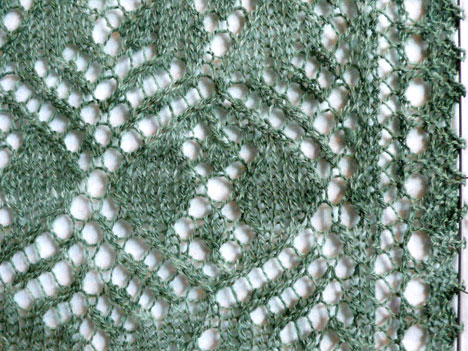 i sat in via telephone from austin while she held the piece in her hands and related the blow by blow so we could work on it “together”. you know, that was a moment when technology really shone. the only thing better would have been to use mutual video IM but i don’t think she has it. and don’t think it isn’t lost on me that technology saves the day for my low-tech knitting more times that i can count.

and now for the long shot 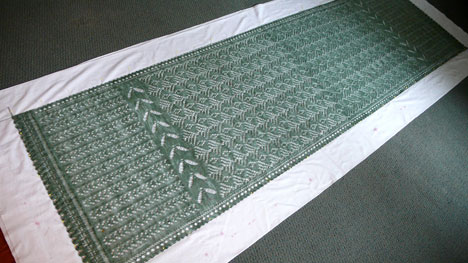 this is the tall size stole knit up from four skeins knitting notions classic merino lace, colorway thyme (for this stole we used just under four skeins—about 1500 yards; your mileage may vary).
we’ll do modeling shots over the weekend (it’s still a bit damp, the weather is awfully humid after that rain).

so you like that?? because there’s more . . . vanessa knit hers up in black zephyr wool/silk and i’ve been sitting on these pictures for a while but, oh MAN, did i ever want to shout about it. 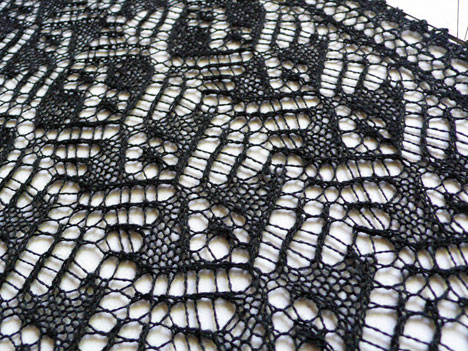 is it not stunning? . . . you should see it on.
well, you will see it on—in a couple of days. definitely worth waiting for. 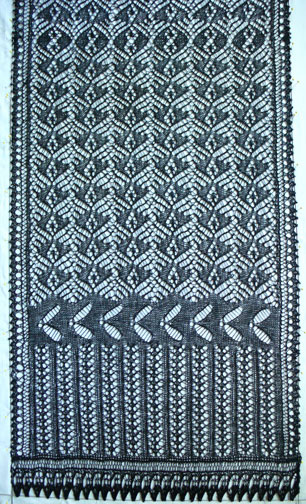 honestly when you put this one against the skin—WATCH out. you will stop traffic in it, i’m not kidding.

but i know that has no affect on you—you want to see the join, right? 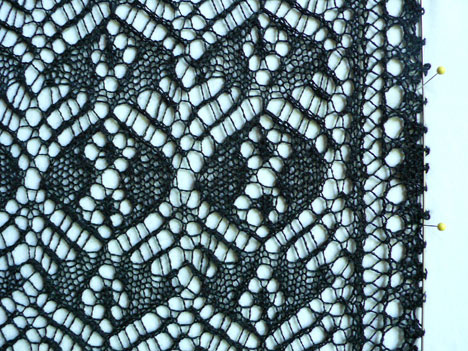 vanessa knit this petite size stole using about 1200 yards of zephyr silk/wool.
so yeah, we will do photos over the weekend. rachel has pulled the proofreading out of the hat for us all the way from isreal while simultaneously preparing for her return to the U.S. (many many thanks rachel, i mean it!). so we are just about set to launch it, yay. 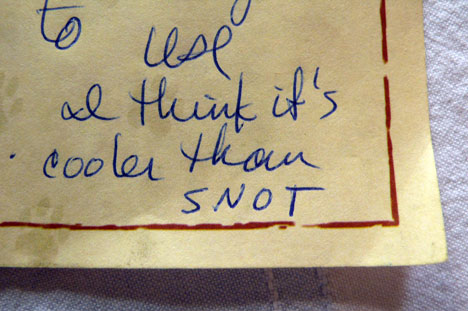 hehe. that’s what happens when you take something out of context . . . actually, the note came with a present she sent me—a little talisman from her recent trip to nepal, which i adore. even kade said to her, “you gotta get that for anne” (how much do we love kade??). 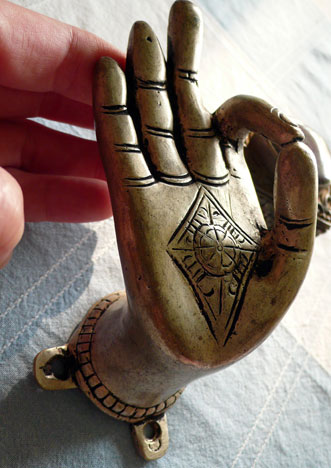 now i just need to get david to build a fiber cabinet for it. heh.