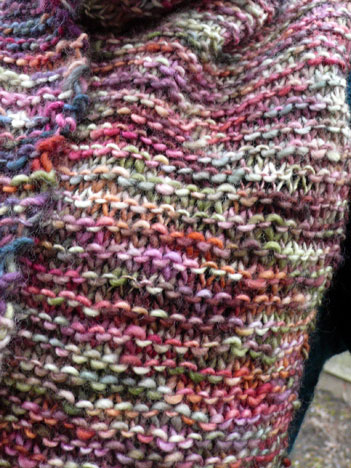 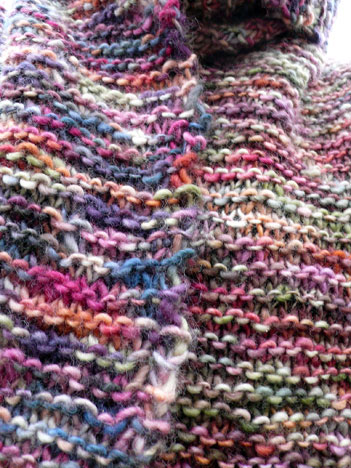 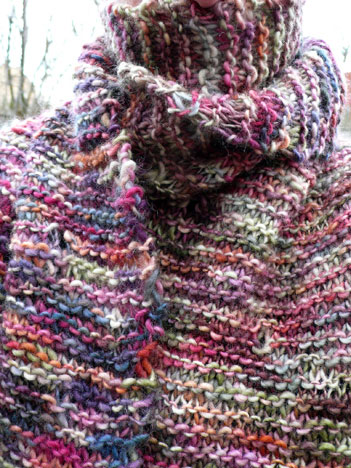 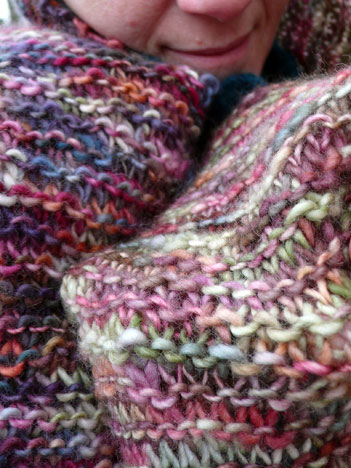 is it possible to love anything more than i love this thing? 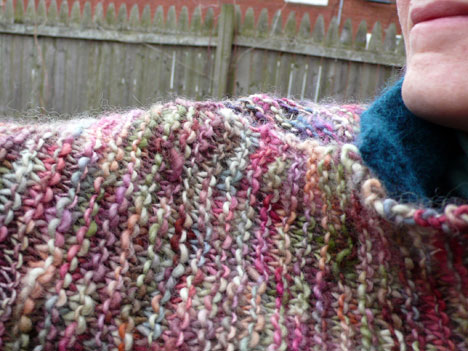 (pssst, i took all these pictures myself—obviously, i’m not much of a self-portraitist) 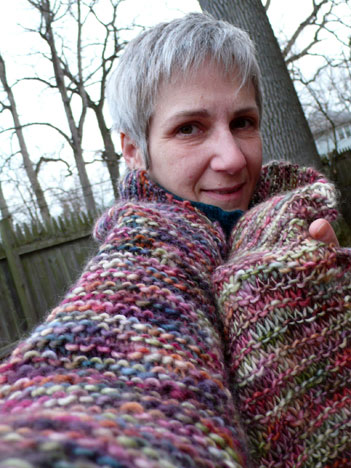 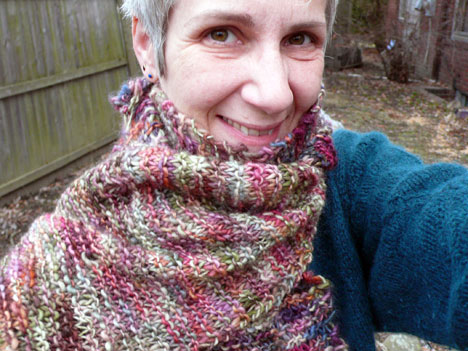 david has learned to knit.
in secret.
while i was at TNNA.
with help from my friend kim thank you kim!!). they bonded while we were there in january (there’s nothing like a guy that loves your friends).

and he made me this scarf.
he even blocked it (that was his own idea, no prompting from kim). 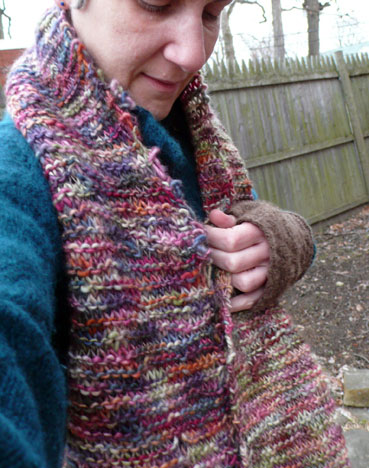 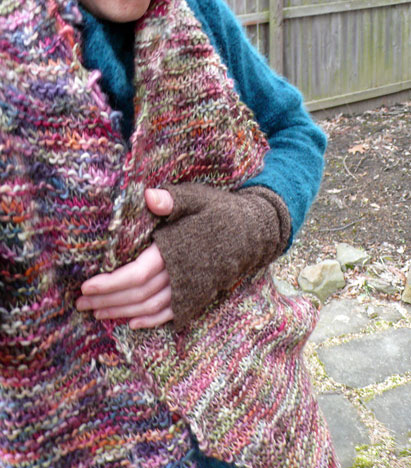 it’s the perfect size to wear at my desk, when i get the coldest—big enough to be warm as a shawl and cover my lap, small enough not to get in my way while i work. 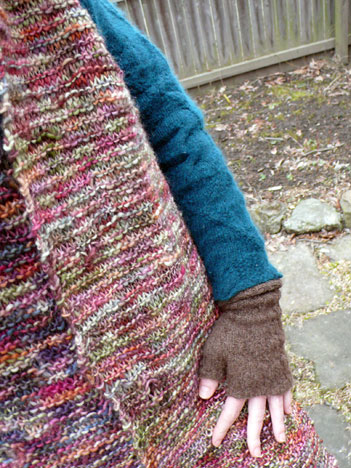 i haven’t taken it off since he gave it to me.
after classes were over yesterday, the house seemed really quiet, but i knew david was here somwhere.
so i went looking and ended up on the third floor. there he was, surrounded by TV wiring with his hands behind his back. when he drew them out, this is what filled them

i made this for you, he said.
i’ve always hoped that someday he’d try knitting, but i never ask him . . . i figured he’d come to it at some point if he really wanted to. then while i was at TNNA, he got into a discussion with kim about it. before he knew what hit him, she’d set him up with some yummy yarn (manos del uruguay) and got him working the needles (kim is so clutch; she’s a woman in charge.).

really, you could knock me over with a feather. still.
but wow, am i ever thrilled about it—i always pictured him enjoying knitting, but wondered if it would ever come true. and i think he likes it, though he says he can’t do it while watching TV yet. heh, that will come eventually. i’m looking forward to better stash management now that we are a multi-knitter household.
(actually, my imagination is running wild with the possibilities, but i’ll leave it at that for now.)

i wonder what he’ll do next??